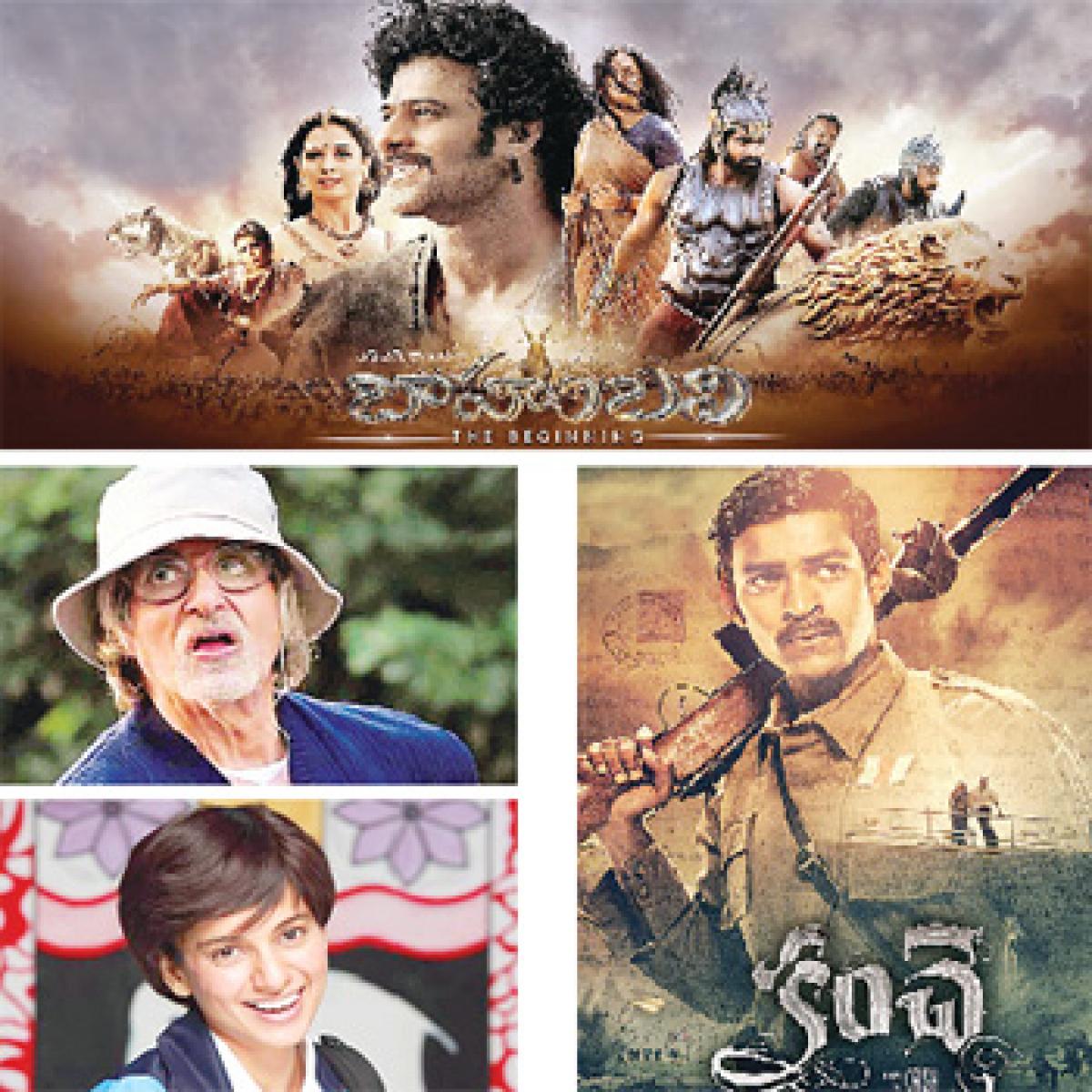 "Baahubali: The Beginning", which was a box office wonder, was lauded for being an "imaginative film, monumental by its production values and cinematic brilliance in creating a fantasy world on the screen" by filmmaker Ramesh Sippy, head of the Feature Film jury here. "Baahubali" was even named for the award for Best Special Effects as these brought out the "emotional and dramatic upheavals of the story" in the movie.

Kanche, the period love story set in the backdrop of World War II, has won the Best Feature Film in Telugu award. Kanche had Varun Tej playing a Telugu soldier fighting the Nazis in Europe and the film strives to bring about a change in the mindsets of people which were deeply rooted in the caste system which is still prevailing in the present day society. Kanche was directed by Krish and produced by his friend Rajeev Reddy.

The film was a huge critical success and it even had a decent box-office run in overseas, while a fairly decent response was given my audiences in Telugu states. ‘Amdavad Ma Famous’, a film from Gujarat, has been declared as ‘Swarna Kamal’ award winner under the best Non-Feature Film Category. The film is produced by Akanksha Tewari and Arya A Menon and directed by Vadodara based Hardik Mehta. The film is about the kites soar high bringing alive the colors of the land. It basically features Uttarayan or Makas Sankranti which is celebrated as Kite flying day in Gujarat.

‘Amdavad Ma Famous’ has already won the Jury Award for Best Short Documentary at the prestigious Al Jazeera International Documentary Festival. Samuthirakan was given the Best Supporting Actor award for the film Visaranaai. The award for best supporting actress was given to Tanvi Azmi for her role in Bajirao Mastani. Sanjay Leela Bhansali was given the Best Direction Award for his Film Bajirao Mastani. For both Amitabh and Sanjay Bansali, this is the fourth time that the award came by. As for Kangana, this is the third time she bagged the prestigious award.

Dr Rajakumar Samagra Charithre was given the Best Book on cinema award. The best film critic award was given to Meghachandra Kongbam who interprets the world of Indian cinema for his readers in Manipuri. This year National Film Awards included a special award given to the state of Gujarat for being the most film friendly state in the Country. The Feature Film Central panel was headed by Ramesh Sippy, a popular director & producer in Hindi cinema.

The Central panel comprised of 11 members including Chairman. The Non Feature jury was headed by Vinod Ganatra and comprised of 7 members including the Chairman. The jury on Best Writing on Cinema was headed by Advaita Kala.Prior to the announcement of the awards, the Chairpersons of the three juries and members of the jury presented their reports to Minister for Finance, Corporate Affairs and Information & Broadcasting Arun Jaitley. Minister of State for Information & Broadcasting Col Rajyavardhan Rathore and Secretary (I&B) Sunil Arora were also present on the occasion.