Always wondered why men are not sex symbols: Neha Dhupia 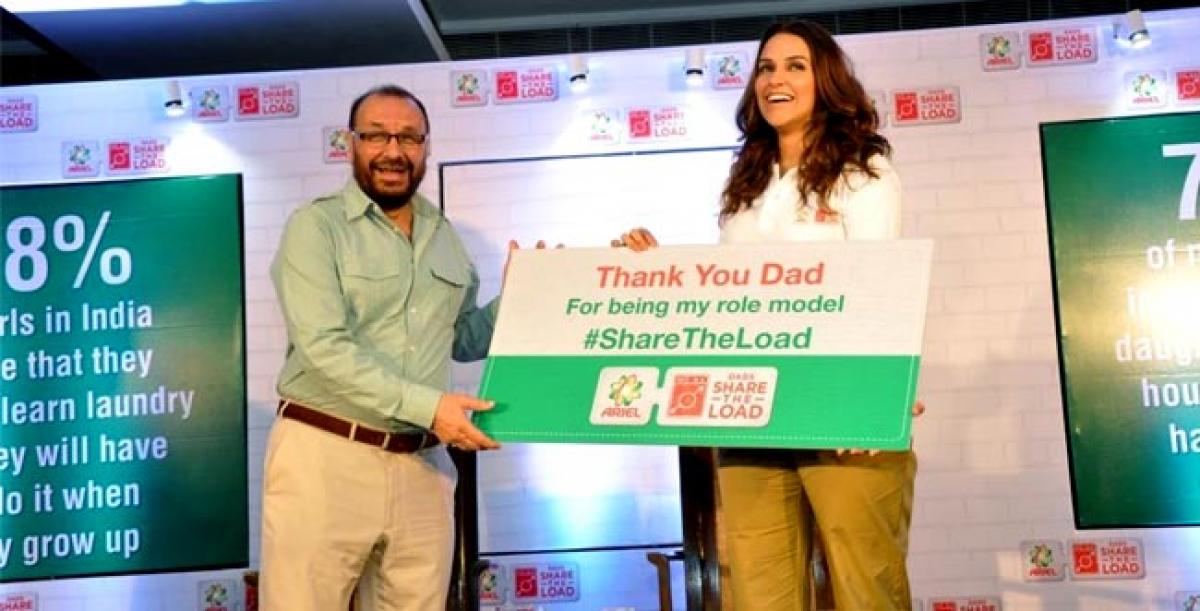 Actress Neha Dhupia says when she stepped into showbiz, she used to -'wonder-' why men are not labelled as -'sex symbols-'. But she is glad that has...

New Delhi: Actress Neha Dhupia says when she stepped into showbiz, she used to "wonder" why men are not labelled as 'sex symbols'. But she is glad that has changed over the years.

When she was asked about whether she was subjected to stereotypical notions when she stepped into showbiz, she said: "No, not really".

"Everybody talked about how at that point my image was a sex symbol. I always wondered why men are not sex symbols. But it has all changed - John Abraham showing sneak peak of his bottom in 'Dostana' and then Shah Rukh Khan showing his abs in 'Dard-e-disco'. So men also started becoming sex symbols and all that has changed now," Neha told IANS over phone.

The actress, who has associated with a number of causes, has now joined detergent Ariel India's Dads #ShareTheLoad Movement, to address the prejudice of household inequality along with her father - Commander (retd) Pradip Singh Dhupia.

The movement has over the past month, received local and international support from the likes of Pankaj Kapur, Supriya Pathak and Tabu to Sheryl Sandberg and Melinda Gates.

And Neha, who has stepped into the non-fiction space on TV through the show "MTV Roadies 4", says that acting with her father was a “fantastic" experience.

She said: "I think it was absolutely fantastic because this was the first time I was actually doing something and sharing space with my dad. I was not nervous at all but actually was excited to share screen with him. We had a fun time and in the end it was quite joyous to share the stage with him."

The actress added that her father is also pleasantly surprised that "doing laundry with my mother and sharing load will actual bring him to a place and make him a part of this campaign".

Neha noted that the process of change has already seeped in.

"It is already changing. Like I am doing a show like 'Roadies' and there is no task at any point when we say that only boys can do."

On the film front, Neha has projects like "Santa Banta Pvt Ltd" and "Moh Maya Money" in her kitty.

Bank of Baroda cuts personal, retail loan rates by .75 bps to 7.25 per cent