In Nagarjuna's Oopiri,  it's Karthi all the way 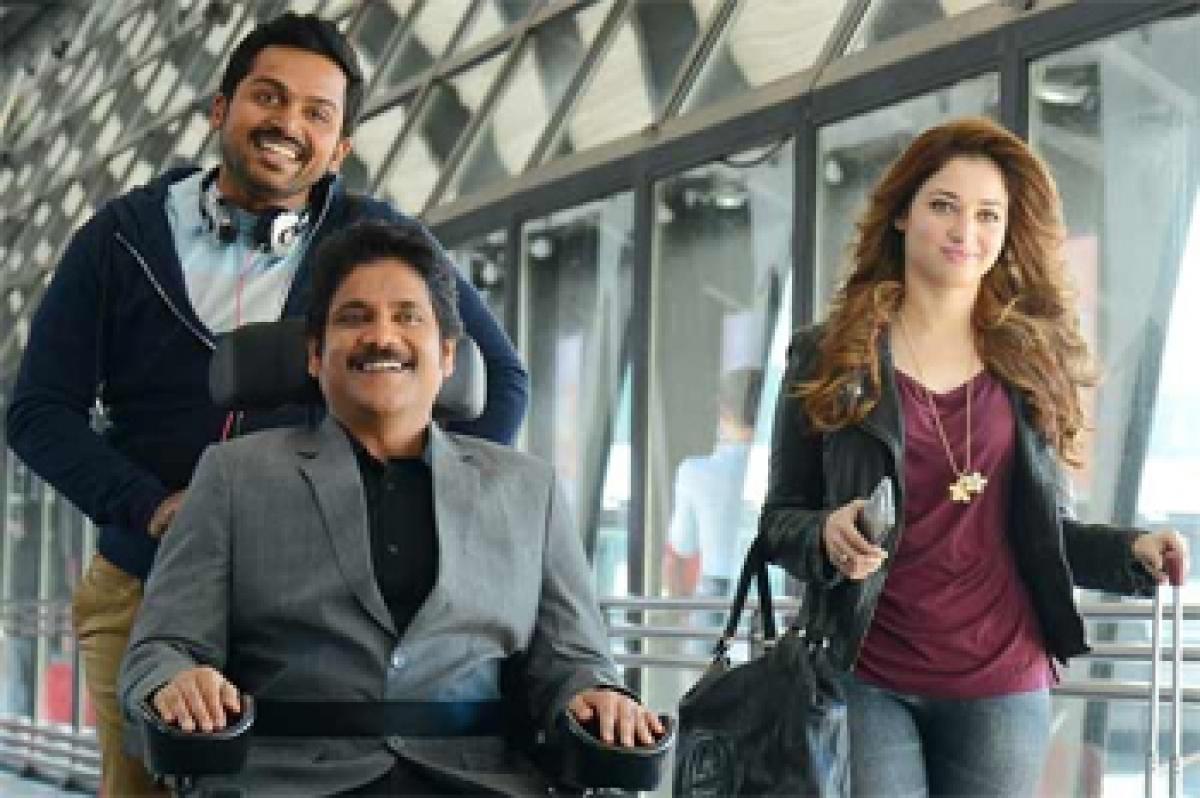 Telugu movie Oopiri titled Thozha in Tamil is having a dream run at the box office ever since it hit theatres.  The film features Akkineni Nagarjuna,...

Telugu movie Oopiri titled Thozha in Tamil is having a dream run at the box office ever since it hit theatres. The film features Akkineni Nagarjuna, Tamil actor Karthi and Baahubali actress Tamannah in the lead roles. Prakash Raj and Jayasudha too are seen in important roles. While every person has justified his role to the T, people who have watched the film can't stop raving about Karthi's performance.

There's no doubt that Nagarjuna is a brilliant actor. His versatility in terms of performance needs no special mention as he has proved it time and again in every movie that he can pull off any role with ease and even carry the entire film on his shoulders. However, in his latest hit Oopiri although he's plays the central character, the audience focus seems to have shifted to Karthi's role.

The way he has performed in his role as a pretty thief who soon turns into a polished person is simply amazing. In one single frame karthi manages to display a myriad of emotions and expressions which is truly commendable. Now that he's made his Telugu may we expect to see more of him in Tollywood?