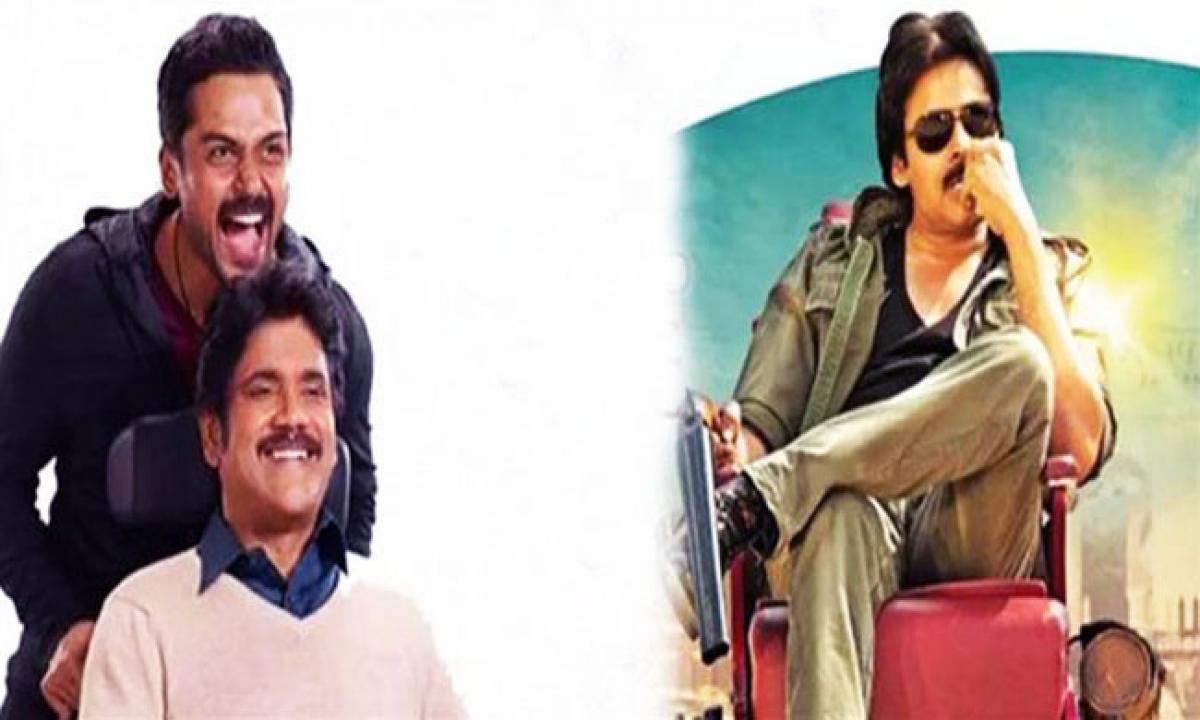 Rumors mills suggest that Sardaar Gabbar Singh has been competing with Nagarjuna's Oopiri movie in the US but the latter is running successfully even though it was released two weeks ago.

Coming to the collections of Pawan Kalyan's Sardaar Gabbar Singh in the last week are as follows:

On another hand, Nagarjuna's multi starrer movie Oopiri is running successfully in theatres in the first week it has crossed nearly $1.5 million. The total amount collected for Oopiri in the first week was $ 1,502,157.