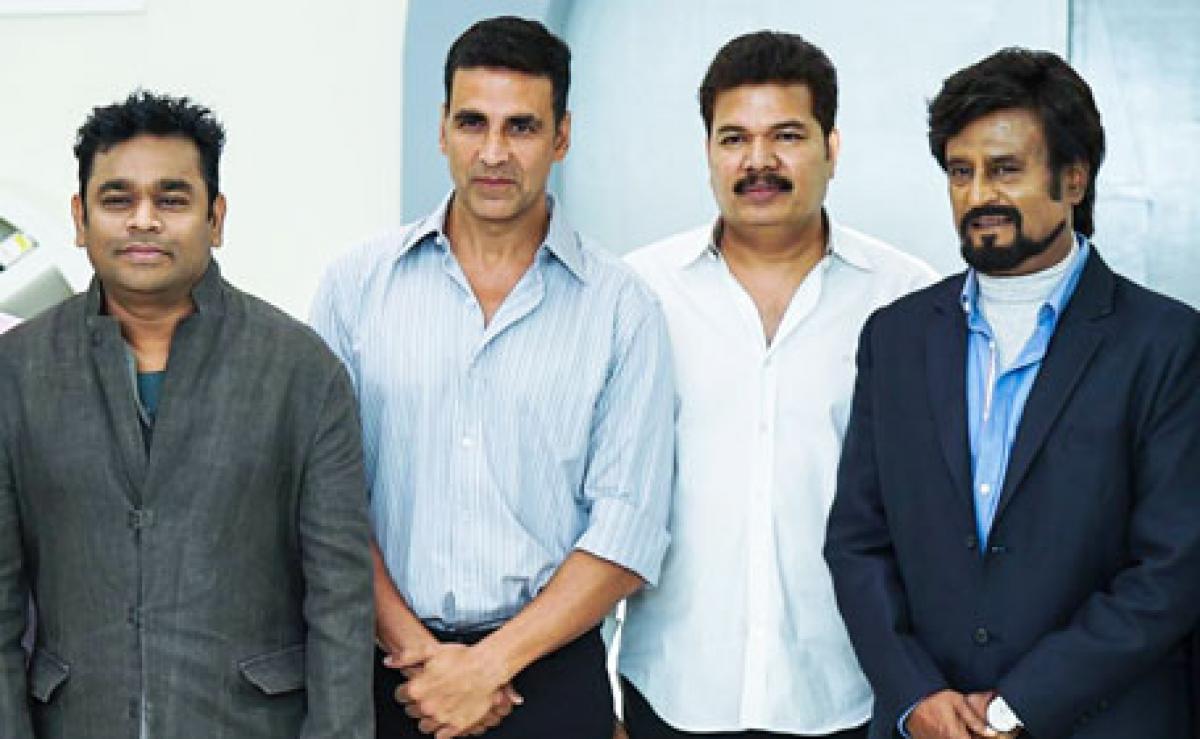 Super Star Rajinikanth and Shankar garnered a lot of attention with their 2010 release Enthiran graphics. It is a known fact that the sequel of the...

Super Star Rajinikanth and Shankar garnered a lot of attention with their 2010 release Enthiran graphics. It is a known fact that the sequel of the movie is currently being filmed. Sources inform that the director of Robot 2.0 is investing a whopping amount of Rs 100 Cr on VFX work for the movie.

Rumors suggest that seven companies from Hollywood are working on Robot 2.0 graphics and the predictions are already suggesting that the movie would be India's highest grossing film.

Rajinikanth and Shankar have completed two schedules of the movie and are all set to kick start the third schedule by the end of May. Amy Jackson will be seen playing the lead role in Robot 2.0 with Akshay Kumar in the role of an antagonist. Keep watching the space for more updates.