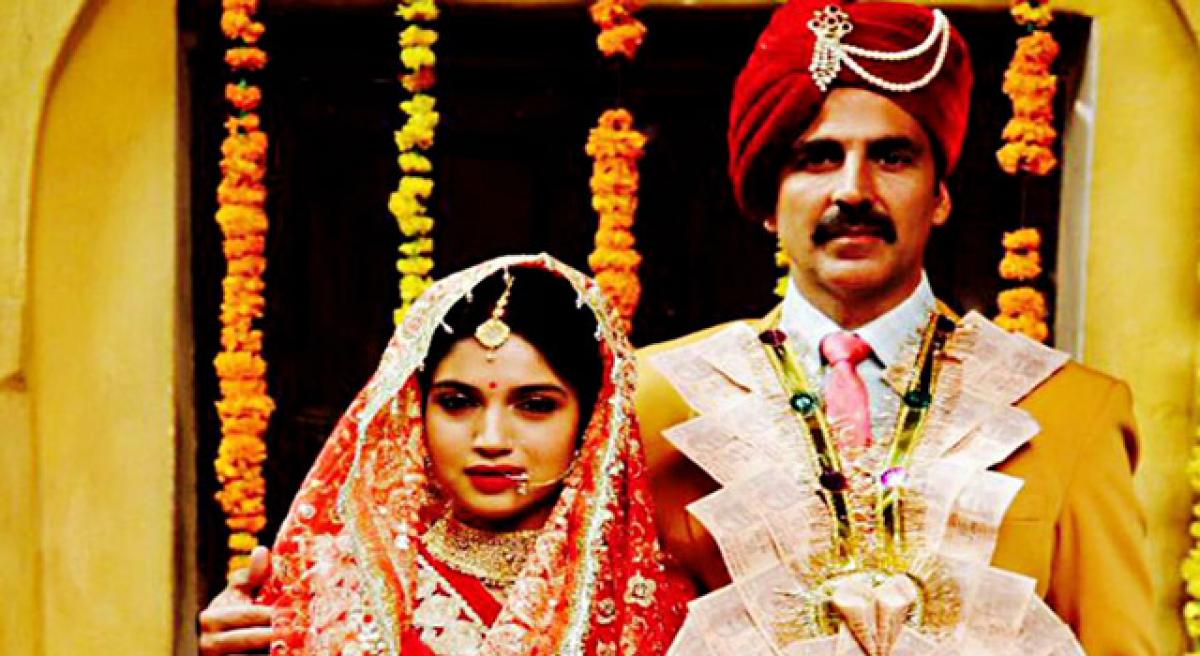 A local court in Jaipur on Wednesday asked the makers of actor Akshay Kumar\'s `Toilet: Ek Prem Katha’ to file a reply to the charge of violation of the Copyright Act by July 31.

A local court in Jaipur on Wednesday asked the makers of actor Akshay Kumar's `Toilet: Ek Prem Katha’ to file a reply to the charge of violation of the Copyright Act by July 31.

A copyright infringement case was brought up by Jaipur-based filmmaker Pratik Sharma against Plan C Studios, an alliance between Reliance Entertainment and Friday Filmworks helmed by Neeraj Pandey and Shital Bhatia, and Viacom18 on July 7 in a Jaipur Metropolitan Court.

Sharma alleged that the makers have lifed the punchline and the subject from his film ‘Gutrun Gutar Gun’. "Today, Jaipur Metropolitan Court has asked to file a reply or enter into arguments in the case of copyright violation by 11 am July 31," G D Bansal, advocate of Sharma, said.

The court had earlier issued a notice returnable on July 22. But as a strike by the clerical staff was going on, the court gave the respondents July 31 as a new date for filing their reply.

‘Toilet: Ek Prem Katha’, directed by Shree Narayan Singh, deals with the need of sanitisation in India and is based on Prime Minister Narendra Modi's Swachh Bharat campaign. It features Bhumi Pednekar with Akshay Kumar.