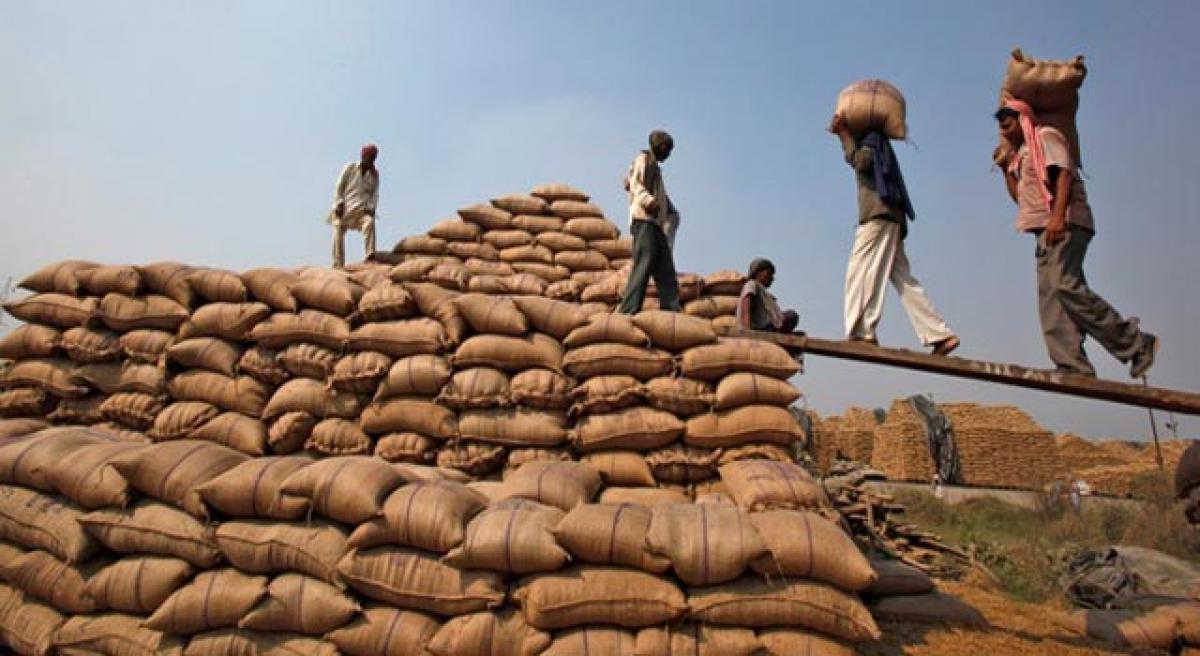 A ‘normal’ monsoon and adequate water in major reservoirs nationwide, coupled with more money to agriculture, have set the stage for a record agricultural output of 270 million tons -- 2 per cent in excess of the government\'s target -- for the kharif (summer) and rabi (winter) crops of 2016.

A ‘normal’ monsoon and adequate water in major reservoirs nationwide, coupled with more money to agriculture, have set the stage for a record agricultural output of 270 million tons -- 2 per cent in excess of the government's target -- for the kharif (summer) and rabi (winter) crops of 2016.

With the southwest monsoon officially withdrawing this week, water available in 91 reservoirs nationwide is 25 per cent more than the amount available in October 2015, according to Central Water Commission data, except in Karnataka and Gujarat, which saw 20 per cent deficit in seasonal rainfall.

A third of India's districts were faced with deficient rainfall in the June-August period; it now appears that Karnataka and Gujarat will be hardest hit, according to a report, ‘Monsoon Granular Review’ by CRISIL, a research agency. A ‘double whammy’ -- three successive years of deficient rainfall and poor irrigation facilities -- makes 13 districts in the two states the worst-affected in this ‘normal’ monsoon season, the report said.

The four-month monsoon season ended within normal limits of (+/-) 4 per cent of the 100-year average. The actual deficit was 3 per cent -- India received 97 per cent of normal rainfall in the June-September period -- diverging from the prediction of 6 per cent excess rainfall forecast by the India Meteorological Department (IMD) as the monsoon began.

The 91 major reservoirs monitored by the Central Water Commission are at 75 per cent capacity, equalling the average availability of the last 10 years. ‘The share of distressed districts in all-India kharif production is just 1.7 per cent but the stress to agricultural household incomes could be high because a quarter of the kharif production in Karnataka and a third in Gujarat comes from the distressed districts,’ the CRISIL report said.

Even with Uttar Pradesh, Punjab, Haryana and Kerala getting less-than-normal rains, adequate irrigation facilities will ensure that these states are not affected as much as Karnataka and Gujarat, the report said. With the exception of some districts in some states, the picture for India's agricultural economy looks positive due to the fact that the sowing of the summer crop has crossed the end-of-September average sowing of 102.5 million hectare to reach 107.1 million hectare.

Every monsoon -- whether it is good (above normal) or bad (below normal) -- leaves some areas inundated and some parched. In the ‘normal’ monsoon of 2016, eight states received less than 85 per cent of normal rains. A normal monsoon in 2013 hid 30 per cent and 23 per cent deficits in Bihar and Jharkhand, respectively.

The north-eastern monsoon -- or the retreating monsoon, as it is called -- is set to give normal rains to Tamil Nadu, southern Karnataka, Andhra Pradesh and Orissa, according to the IMD forecast, offering relief to the distressed parts of the states. Cotton and sugarcane, the major cash crops of India, have suffered in this season.