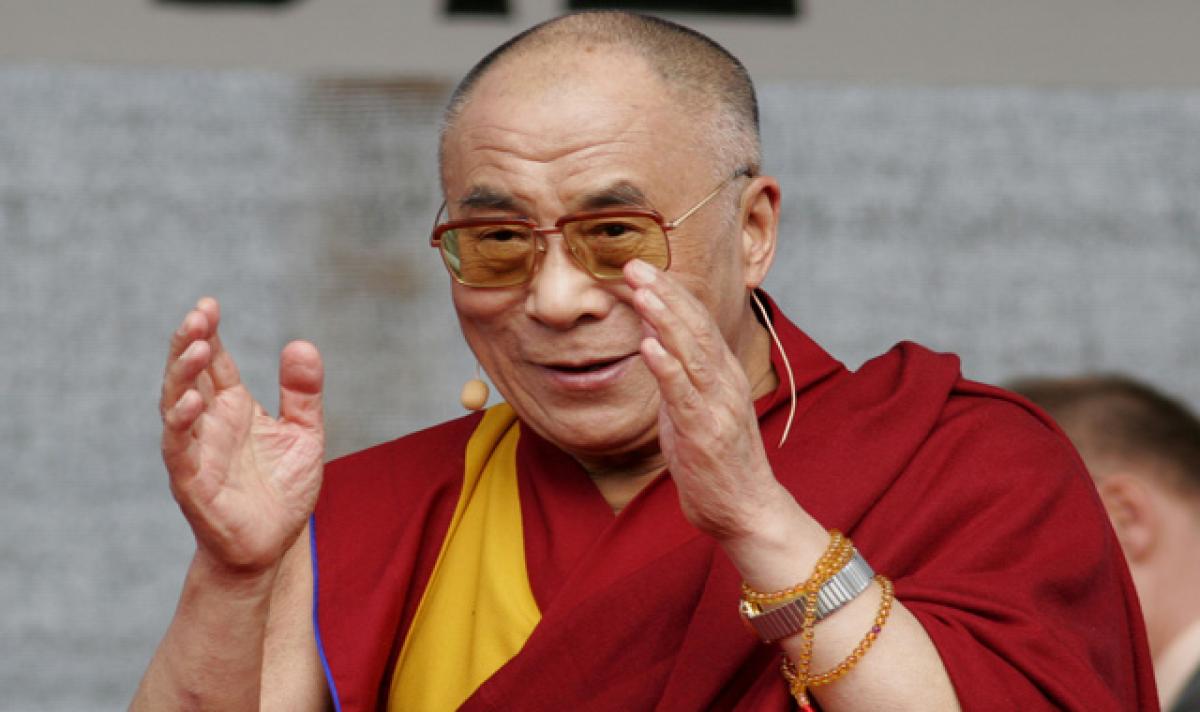 Tibetan spiritual leader the  Dalai Lama today said deprivation of social justice in the  name of caste was due to feudal systems that  exist in our societies, and it has nothing to do with religion.

Tibetan spiritual leader the Dalai Lama today said deprivation of social justice in the name of caste was due to feudal systems that exist in our societies, and it has nothing to do with religion. Calling himself the messenger of ancient Indian values and knowledge, the Dalai Lama said, "India is a guru and we are chelas (followers), we are reliable chelas, because we have preserved your ancient knowledge."

"I also consider myself as the son of India as every part of my brain cells are filled with ancient Indian knowledge and my body is because of Indian rice and dal." Deprivation from social justice in the name of caste was not from religion, but it was from existing societal systems like feudal system, the Dalai Lama said speaking at the state level seminar on 'Social Justice and Dr B R Ambedkar' here.

He said culturally it was a negative aspect that exists in our society and it must be removed. Even in the name of religion and religious systems, there were some feudal practices and "it should not be there". Stating that through education caste related injustice could be wiped out, the Dalai Lama said through education the sense of inferiority feeling that was present in certain sections of the people must be wiped out.

"...so that there is a sense of equality, so that they can build self confidence. Through self confidence, hard work and education once can achieve equality," he said. On ancient Indian values and knowledge, the Dalai Lama said it must be revived in the country, as "it is not ancient, but most relevant". He said ancient Indian knowledge and values along with modern technology can do great for the country as one can attain mental comfort with ancient knowledge and physical comfort through modern knowledge.

"...ancient knowledge and values side by side with modern science is worthy for the society," he said. Noting that everybody wants to be happy and they have that right, he said, "if we consider rest of the humanity as brothers and sisters, there is no chance for exploitation. Buddha dharma is Indian dharma as most of its teachings and knowledge came from the country, he said pointing out that ancient Indian values like karuna and ahimsa had reached millions of people across the world with the spread of Buddhism.

"Any activity which brings happiness is a positive karma and that makes uncomfortable is negative karma," he added. Chief Minister Siddaramaiah and leader of Congress party in Lok Sabha Mallikarjuna Kharge participated in the seminar organised by the Social Justice Department of Karnataka government to commemorate Ambedkar's 125th birth anniversary.