A single chemical bond balances cells between life and death 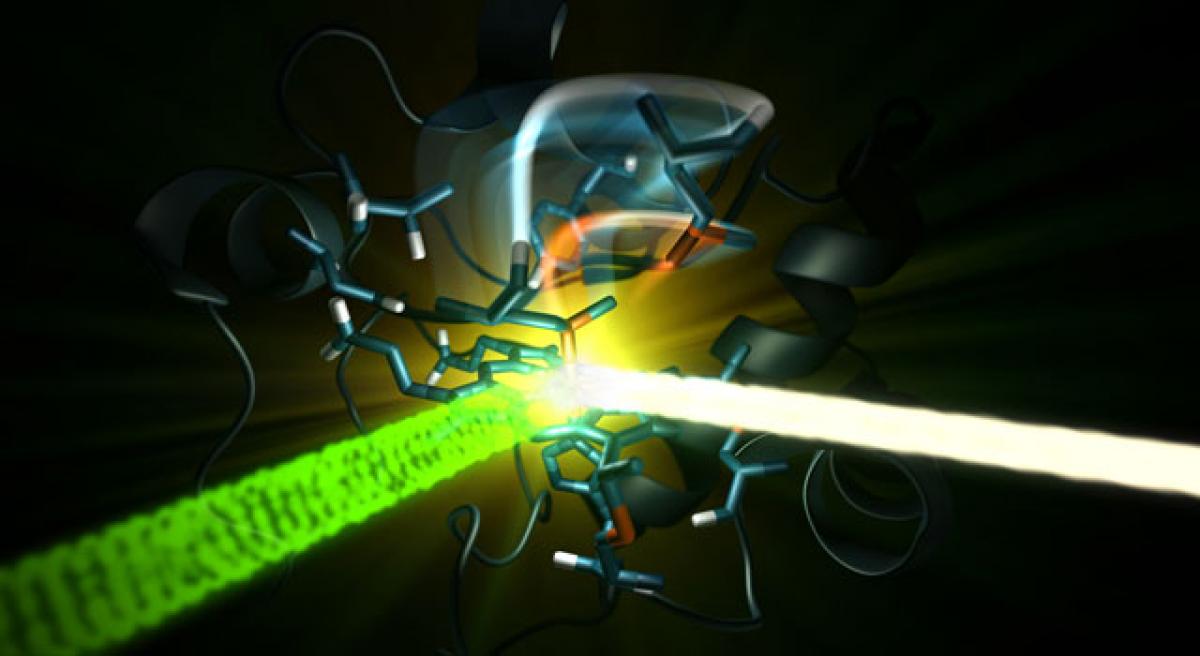 Slight changes in the machinery of a cell determine whether it lives or begins a natural process known as programmed cell death. In many forms of life from bacteria to humans a single chemical bond in a protein called cytochrome c can make this call.

Slight changes in the machinery of a cell determine whether it lives or begins a natural process known as programmed cell death. In many forms of life from bacteria to humans a single chemical bond in a protein called cytochrome c can make this call. As long as the bond is intact, the protein transfers electrons needed to produce energy through respiration. When the bond breaks, the protein switches gear and triggers the breakdown of mitochondria, the structures that power the cell’s activities.

For the first time, scientists have measured exactly how much energy cytochrome c puts into maintaining that bond in a state where it’s strong enough to endure, but easy enough to break when the cell’s life span is ending. They used intense X-rays from two facilities, the Linac Coherent Light Source (LCLS) X-ray free-electron laser and the Stanford Synchrotron Radiation Lightsource (SSRL) at the Department of Energy’s SLAC National Accelerator Laboratory.

The collaboration, led by Edward Solomon, professor of chemistry at Stanford University and of photon science at SLAC, published their results today in Science. “This is a very general yet extremely important process in biochemistry, and with an X-ray laser we now have insight into how this regulation works,” says Roberto Alonso-Mori, LCLS staff scientist and a co-author of the study.

“These are processes that are going on a million-fold in our bodies and everywhere there is life.” The study marks the first time that anyone has been able to experimentally quantify how the rigid structure of the cytochrome c molecule supports this crucial bond between iron and sulfur atoms in what’s known as an entatic state, where the protein maintains a bond that is just strong enough to perform both of its jobs, says Michael Mara, lead author of the study and a former postdoctoral researcher at Stanford University, now at University of California, Berkeley.

“This was important because we had shown the bond is weak and shouldn’t be present at room temperature in the absence of the protein constraints,” says Solomon. “But the protein is able to contribute energy to keep this bond intact for electron transfer. In this LCLS experiment, we determined exactly how much energy the rest of the protein contributes to maintaining the bond: about 4 kcal/mol that is derived from an adjacent hydrogen bond network.”

“We were able to show how nature tunes this system to change the properties on a fundamental level and perform two very different functions,” Mara says. “The energy contribution by cytochrome c is really at a sweet spot. It makes me wonder what sort of similar effects you might see in other protein systems, and it makes us realize that there is exciting new science on the horizon.”