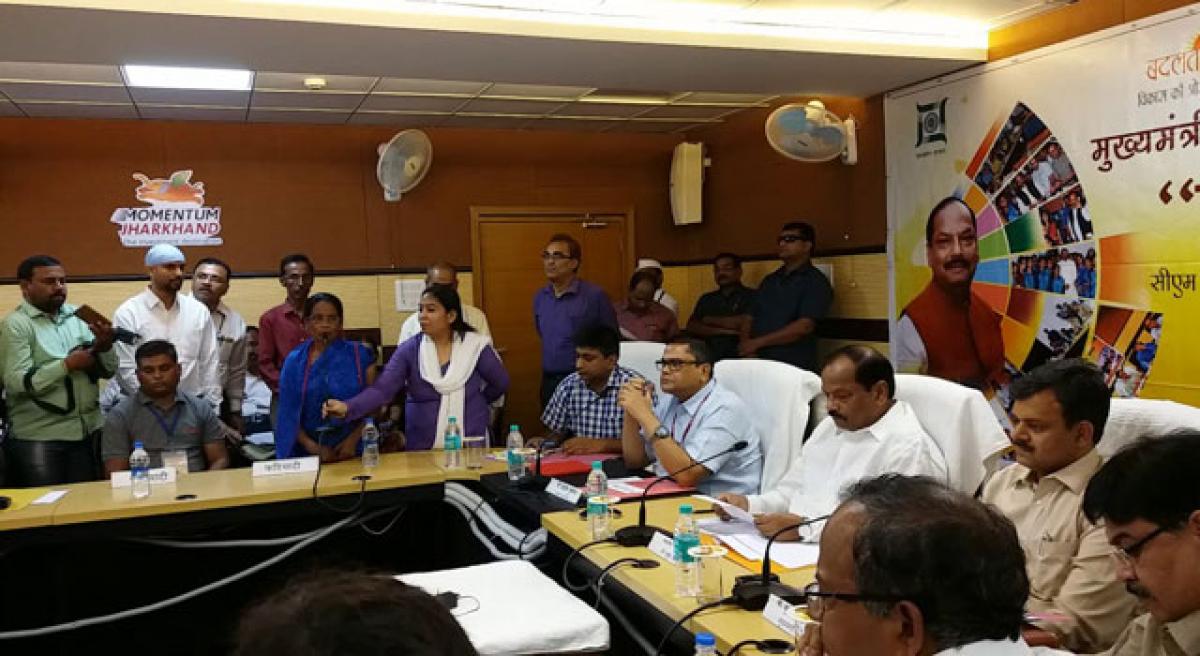 Jharkhand Chief Minister Raghubar Das today directed state government officials to immediately provide monetary support and a job to the wife of a villager killed by naxalites in 2015.

Ranchi: Jharkhand Chief Minister Raghubar Das today directed state government officials to immediately provide monetary support and a job to the wife of a villager killed by naxalites in 2015. After coming to know of the complaints of the people at 'Jan Samvad', an interface platform for redressal of grievances, Das ordered payment of Rupees one lakh within a week to the widow of Surendra Munda, who was killed by the naxalites.

Das also expressed his displeasure after learning at the 'Jan Samvad' that nothing had been done for the construction of a well for irrigation purpose at Hurhad village in Lohardaga, though funds had been released five years ago. The chief minister asked the deputy commissioner to recover the funds and take strong action against the guilty, an official release said. Directing the Palamau deputy commissioner to disburse funds to the Anganwadi sevikas within one week, Das asked the officials to ensure smooth-functioning of the system.

A cancer patient of Simda in Sahibganj district had been given Rs 2.5 lakh and the rest Rs 1.5 lakh would be provided within one week, the chief minister was informed by the additional chief secretary of health department. The patient is presently undergoing treatment at a Vellore hospital. The Principal Secretary to the chief minister, Sanjay Kumar, said that maximum complaints at the 'Jan Samvad' were related to private land.