A game of one-upmanship 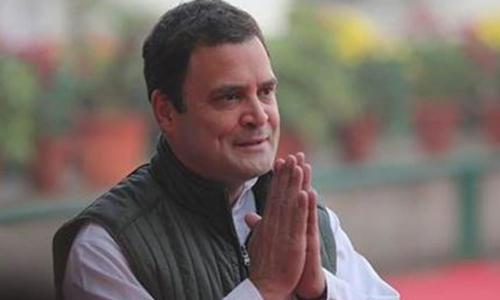 The other day when Congress president Rahul Gandhi was visiting Telangana, Chief Minister K Chandrashekar Rao sought to take the wind out of sails of the grand old party. With one statement that he wants to organise a mother of all public meetings on the outskirts of Hyderabad on September 2 to present his government’s progress report and that he would announce the names of the candidates for the next Assembly elections in the same month, he let the cat out of the bag that he was plumping for early elections which the Congress was least expecting.

By indicating that he was preferring elections to the Assembly first, and that too a little ahead of last six months of the life of the present Assembly, KCR had conveyed the message clearly that he wants polls clubbed with the four Assembly elections in North slated for this December. With a number of populist schemes being in his arsenal, KCR believes he is already on the gravy train.

Since the rabi season is also approaching, he wants to make second payment of his dream scheme Rythu Bandhu subsidy amount of Rs. 4,000 per acre to each farmer in the state and then go in for elections. With this assertion he has also given a reply to the Congress when its state president K Uttam Kumar Reddy dared KCR whether he would be able to face elections, if they are advanced.

It is more than likely that KCR may have thought that going in for early elections for the Assembly would be an advantage to him since national factors would not be in play influencing voters for Assembly elections as would be the case when there are simultaneous elections. As his principal rival in the state is Congress which is a national party vying for power at the Centre this time, TRS might have a problem on its hands if any wave builds up in favour of the Congress if both Assembly and Lok Sabha elections are held together.

Already Rahul Gandhi is emerging as a messiah for the Congress and if he builds up the momentum and manages to bring all anti-BJP forces together with a common minimum programme, what is being seen as something impossible now might become possible later. As the anti-BJP coalition is a little fragile now, Rahul Gandhi is averse to projecting himself as the candidate waiting-in-wings for the position of the prime minister lest the electoral formation might fall apart even before it acquires a definite shape.

As green shoots are visible now in the Congress, which remained shrivelled till now in Telangana and after the recent visit of Rahul Gandhi to Hyderabad, the party seems to be getting a new lease of life in the state. The Congress has one powerful weapon in its armoury – the argument that since it was Sonia Gandhi who had delivered Telangana, Congress, therefore, should get an opportunity to rule the state – and this might work in its favour since the Telangana people had already rewarded the TRS for fighting for Telangana state and finally forcing the erstwhile UPA -II in delivering it.

As far as the TRS is concerned, the party is in ship-shape now as there is never a scope for any dissidence there. If KCR had announced that he would reveal the name so of the candidates in September itself, it shows his confidence that those who do not make the cut would remain silent and not make any trouble. This also shows his faith in himself that those who would not get party tickets would not leave the party and join the Congress as he has already succeeded in creating an impression that there was no way the Congress would be able to come to power.

This apart, certain factors are working in his favour. For instance, in Nalgonda and Khammam, where the CPM is leading Bahujan Left Front is averse to align with the Congress in which case the Front would be able to divide anti-establishment vote making it difficult for the Congress to win about 12 seats. If it is a straight contest, it is said the Congress would have a walkover. If Kodandaram’s Telangana Jana Samiti fails to have an alliance with the Congress, it would be all the more beneficial for the TRS.

The only factor that might come to the rescue of the Congress is TDP which still has some steam left in Telangana. Indications at present are that the Congress might join hands with the TDP but if it happens, then the TDP would have a problem in AP as the YSRC would go to town on the “opportunistic” alliance with the Congress which carries the burden of history that it had divided the state against the people’s sentiment.

In such a case Naidu would have to come up with some explanation that in the overall scheme of things to defeat the BJP, he had allowed Telangana TDP to have a truck with the Congress but to what extent that people would buy this argument is unclear now.

Back in Telangana, Congress sources maintain that if Chandrashekar Rao wants to have early elections to Assembly it cannot be done without Modi’s help and if the Prime Minister does it, KCR in return would support BJP in Parliament elections next year or whenever they are held. As the Prime Minister is in need of dependable allies, the arrangement might after all work.

With Chandrababu Naidu having turned his back to Modi, the latter is understood to have managed to have Jagan Mohan Reddy in his kitty. Though it is too early how the friendship would bloom between KCR and Narendra Modi, rumour mills are working overtime saying that KCR has already broached the subject with Modi at his recent tete-a-tete and obtained a favourable response.