Why free trade must come to an end 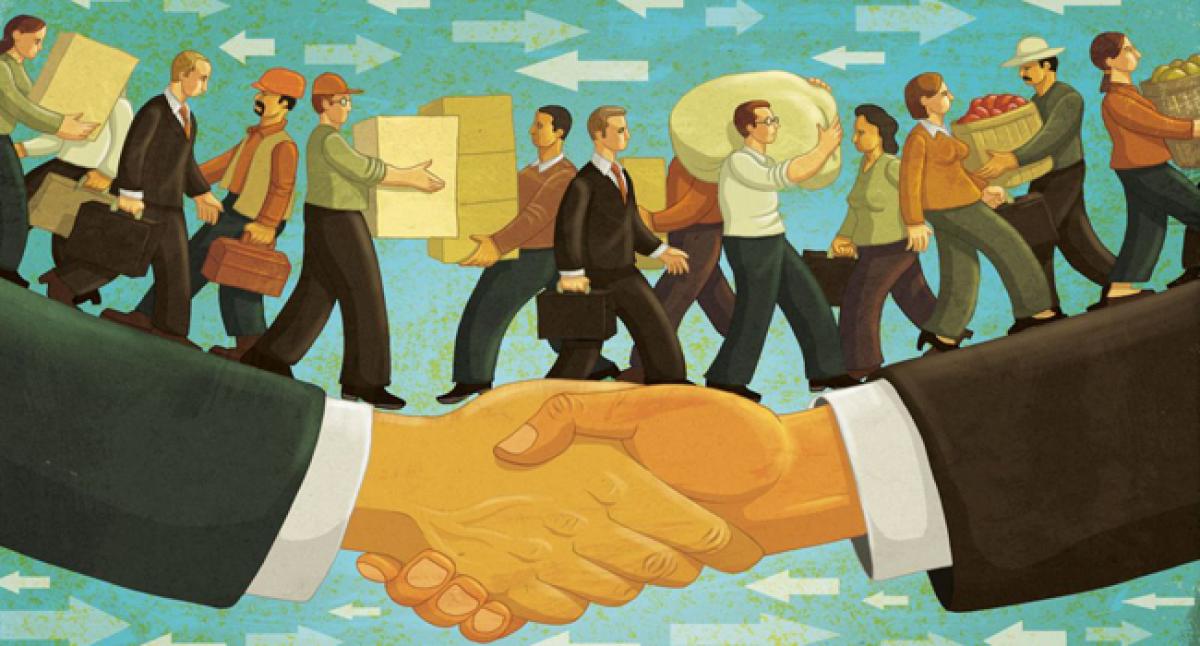 The United States was in the forefront of establishing the World Trade Organisation (WTO) in the nineties. The WTO has helped foster free trade between countries. Every member country had agreed to maximum levels of import duties that it would impose on imports from other countries.

This capping of import duties has enabled all countries to export their goods across the world. But times have changed. Today President Trump is in the forefront of dismantling the WTO. We have to understand the basics of free trade in order to unravel this transformation of the US position.
The theory of free trade says that every country must produce those goods that it produces cheapest and export those goods.

It should earn money from these exports and use that money to import goods that are produced cheaper by other countries. Say, the US produces cheap apples and India produces cheap sugar.

The theory of free trade says that America should export apples to India and import sugar from India. In this way both the US and India would get cheap apples as well as cheap sugar. The standard of living of people in both countries will improve.

Now consider a slightly different situation. Say, the US produces computers and India produces sugar. The theory of free trade says that America should export computers to India and import sugar from India. In this way both the US and India would get computers as well as cheap sugar. It so happens though that the US is the only producer of computers.

So the US decides to sell the computers at a high price because there is no competition. In this situation, the theory of free trade fails. The US gets high income from the export of monopolistic goods like computers while India gets less incomes from export of sugar because sugar is produced by many countries and India cannot increase the price at its will.

This situation is hugely beneficial for the US but not so beneficial for India. This was the situation in the nineties when the US was in the forefront of establishing the WTO. It was selling computers at a high price and importing sugar at a low price.

Times have changed. Today computers are being produced by a number of countries like France, South Korea and China. The US can no longer sell its computers at high monopolistic prices. Accordingly the US manufacturers of computers cannot pay high wages to their workers.

Free trade has to inevitably lead to a global equalization of wages. It is not acceptable to President Trump that wages of an US worker be the same as the wages of an Indian worker. Hence he is withdrawing from the WTO.

The crux of the matter is that free trade was beneficial for the developed countries as long as new technological developments were taking place and the US corporations were developing new hi-tech products like Microsoft’s Windows software, Boeing’s airplanes, Cisco’s routers and so on. The same free trade has become harmful for the US in absence of such hi-tech developments.

The wages of US workers are declining due to global competition hence the US public is supporting Trump’s efforts to dismantle the WTO and the free trade that it supports.

Trump has taken three steps in this direction. The first step is to stall the appellate function of the WTO. The WTO has a provision that an Appellate Body would hear disputes between members and adjudicate them. Trump has stalled the appointment of new judges to the Appellate Body.

Soon all the existing members of the Appellate Body will retire and then there will be no Appellate Body to adjudicate the disputes. That would leave all member countries, including the US, to take steps against the rules of the WTO without any fear of an appeal being decided against them.

One of the reasons that India is running a huge trade deficit with China is that we are not able to impose high import duties on Chinese goods. Enactment of the new law will allow the US to impose higher duties and effectively break the main pillar on which the WTO stands.

The third step taken by Trump is to invoke the “National Security” clause in the WTO rules to impose high import duty on inconvenient imports. India was exporting steel to the US because India was able to produce it cheaper than the US.

The US could not impose higher duties under the existing rules. So Trump invoked the National Security clause that allows a country to impose higher duty to guard its security. Now, steel has no national security implications. US steel makers could continue to make steel required for the security purposes. However, India cannot force the US to back out because the Appellate Body is becoming dysfunctional.

These steps taken by Trump indicate that free trade is no longer beneficial for the US. In my assessment the trend will only get deeper since new hi-tech products are not being invented in sufficient numbers to make free trade profitable for the US.

Our Commerce Minister Suresh Prabhu organised an informal conclave of 50-odd countries to try to salvage the WTO. That is a step in the right direction because free trade is beneficial for us since the developed countries can no longer use it for selling their monopolistic products at high prices. However, such efforts are unlikely to succeed because the hard reality is that free trade has become harmful for the developed countries.
Author was formerly Professor of Economics at IIM Bengaluru