Categorising SCs: To be or not to be 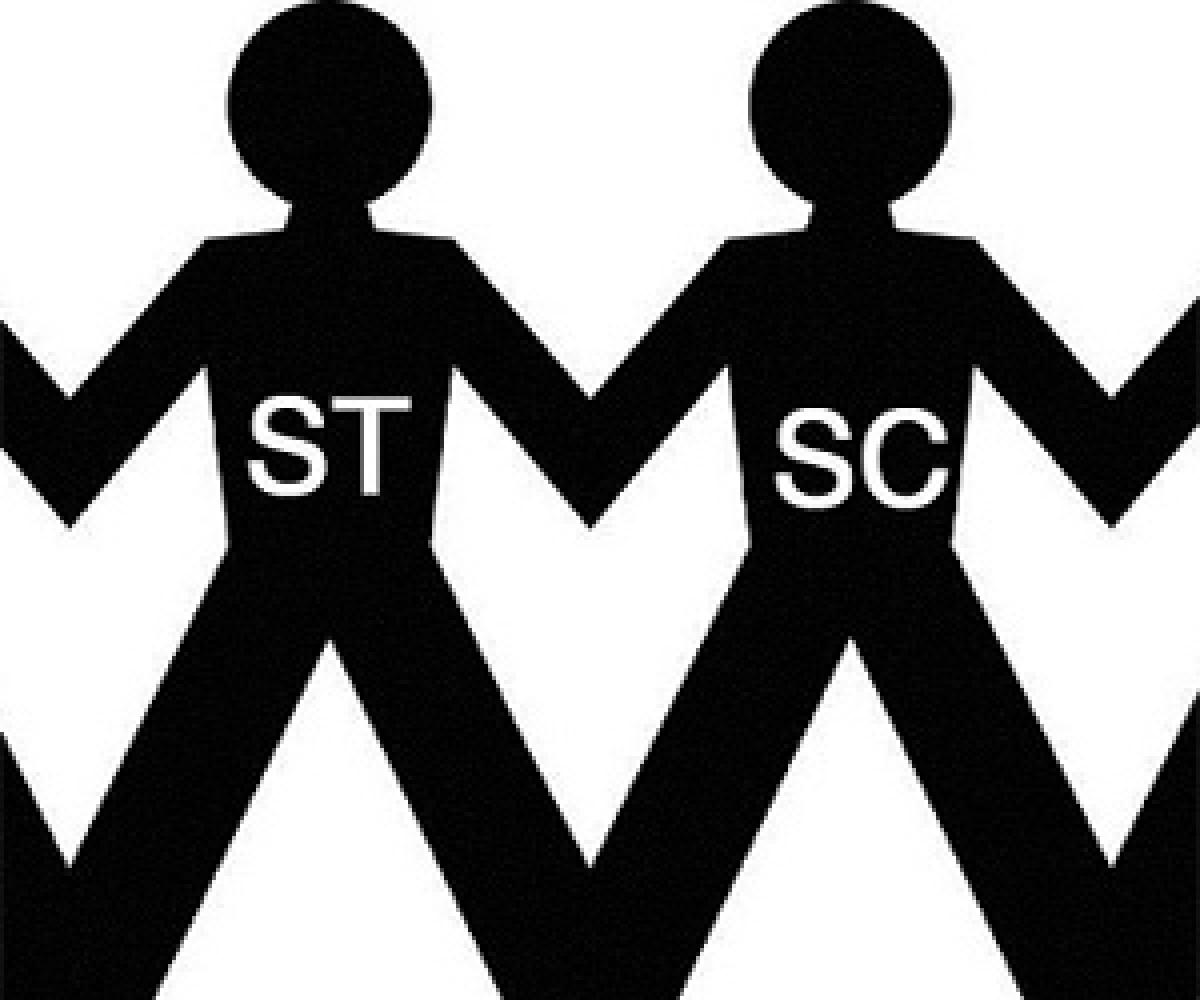 This results in appropriation of benefits of reservation by certain communities to the detriment of others. This is precisely the reason for the birth of Madiga dandora. If this is true, categorisation of SCs is perfectly justified. It also perfectly jells with the constitutional philosophy of benefitting the most oppressed.

The Supreme Court judgement in EV Chinnaiah vs State of AP landed the vexed question of justice for dalits among dalits into a protracted legal rigmarole, political tangle and unfortunate social schism among the oppressed. In this verdict, the apex court was of the view that the State legislature has no legal competence to decide on the apportioning of reservations made to Scheduled Castes and Scheduled Tribes (SCs and STs) to sub-groups within.

Thus the issue went out of the frying pan into the fire. Political parties display ugly spectacle of pusillanimous politics. All parties support the subdivision of SC quota but, but do not come forward to make an enactment to amend the relevant Constitutional provisions to effect such a division of reservations among the sub-groups within the scheduled castes.

There is even an argument that the Parliament too cannot do so as the Constitution of India intended that the SCs and STs are an indivisible homogenous entities. But, the issue of SC categorisation is not just a legal battle. It’s not an issue of conflict between Madigas and Malas. It’s more to do with redefining the concept of social justice and reinventing the process of effectuating the Constitutional philosophy of positive discrimination envisaged in the form of reservations.

It’s therefore myopic to view the question as juristic in nature. It’s more a social question. Are the Scheduled Castes and Scheduled Tribes a homogeneous social group?

This results in appropriation of benefits of reservation by certain communities to the detriment of others. This is precisely the reason for the birth of Madiga dandora. If this is true, categorisation of SCs is perfectly justified. It also perfectly jells with the constitutional philosophy of benefitting the most oppressed.

Any opposition to categorisation should disprove empirically and socially that discrimination and disproportionate sharing of reservations are factually incorrect.

As K Bala Gopal said in his article, ‘Justice for dalits among dalits’ (Economic and Political Weekly, July, 16, 2005), the inter se classification is sought not between individuals among Scheduled Castes, but between clearly demarcated sub-groups. These are separate castes, have separate names, sometimes separate traditional occupations and separate cultural practices.

They do not inter-marry, and the higher among them do not normally inter-dine with the lower. Thus, they are clearly demarcated groups. The Article 16(4) of the constitution says, “Nothing in this article shall prevent the State from making any provision for the reservation of appointments or posts in favour of any backward class of citizens which, in the opinion of the State, is not adequately represented in the services under the State.”

This reveals that the constitutional scheme of reservations as a positive discrimination mechanism is based on the philosophy of providing equal justice by correcting the imbalances in education and employment. Therefore, if a section of a class enjoys disproportionate benefits to the detriment of the others, categorisation of the class is justified in accordance with the spirit of the constitution itself.

But, the opponents of the categorisation refer to the Supreme Court judgement that has struck down the categorisation made by the then Andhra Pradesh government. The SB Sinha (one of the judges who gave independent but concurring judgments in the above mentioned case) judgement said that the benefit of reservations cannot be taken away on the premise that one or the other group amongst the members of the Scheduled Castes has advanced and, thus, is not entitled to the entire benefit of reservation.

But, as rightly contested by K Balagopal, the categorisation of SCs does not take away the benefit of reservations from anyone by sub-grouping. The categorisation is not an act of exclusion through application of creamy layer. Instead, it is only sought to be a remedy to deprivation of reservation for one group as the other disproportionately enjoys.

The judicial objection to categorisation of SCs is on the ground that Scheduled Castes are homogeneous. But Justice VR Krishna Iyer said in State of Kerala vs N M Thomas, that a plain reading of Articles 341 and 342 of the Constitution (provisions related to SC and ST reservations) brings out the quintessential concept that they (Scheduled Castes and Scheduled Tribes) are an amalgam of castes, races, groups, tribes, communities thereof found on investigation to be the lowliest and in need of massive State aid and notified as such by the President.

The backward classes were subdivided into categories decades ago. There seems to be no difficulty in it. There is not even opposition worth noticing for BC categorisation as the inequalities among the sections construed as BCs are much more pronounced.

On the contrary, the micro level inequalities among scheduled castes came to the fore only when the disadvantaged among them raised the banner of protest. But, the justification of a social question cannot be determined by the extent of awareness on the fact.

Quite interestingly, the demographic distribution of Scheduled Castes in the united Andhra Pradesh had a regional dimension, too. K Balagopal in his article ‘A Tangled Web’ (Economic and Political Weekly, March 25, 2000), provides an incisive chronicle of the movement and counter movement on the question of SC categorisation and the issues surrounding it.

It is being argued that what is seen as a Mala-Madiga difference is in fact a regional difference that cannot be cured by a horizontal subdivision of the SC reservation quota. It is a fact that there is a relative preponderance of the Mala community among dalits in the coastal districts of Andhra that are economically and educationally more developed, and one of the Madigas in backward Telangana and Rayalaseema.

And the scavenging caste of rellis, who lag behind even the Madigas, is confined to the three north-coastal districts, which are extremely backward, socially notwithstanding the presence of a sizeable industrial city in Visakhapatnam.

But this plausible argument turns out to be of no consequence when it is seen that even within a given region, there is not only social inequality among the dalit castes but also inequality in the relative proportions of members of each community availing themselves of reservations.

Even this dimension is diluted due to the bifurcation of the state. Yet another argument against categorisation of SCs is that the concept of Scheduled Castes is not defined by relative backwardness but clubbed together on the question of untouchability. Some of the castes especially the nomadic even though, they are more backward than some of the SC are included in BC list as they do not qualify on the ground of untouchability.

Assuming that this is a justified argument to oppose categorisation of Scheduled Castes, it has serious challenge to offer for the concept of reservations itself. The inhuman practice of untouchability though prevalent in some parts of the country is largely getting diluted. Will SC reservation altogether disappear if untouchability is eradicated? Techno-legal argument cannot be used to settle a social question.

If the relative deprivation of a section and/or appropriation of reservation benefits by a section at the cost of the others are historically established, the categorisation of Scheduled Castes is socially justified. If the law or the jurisprudence fails to acknowledge a social reality, the democratic rule of law gets derailed. Therefore, law has to appreciate and acknowledge the social reality. The political system should ensure it is unbiased by narrow political considerations.