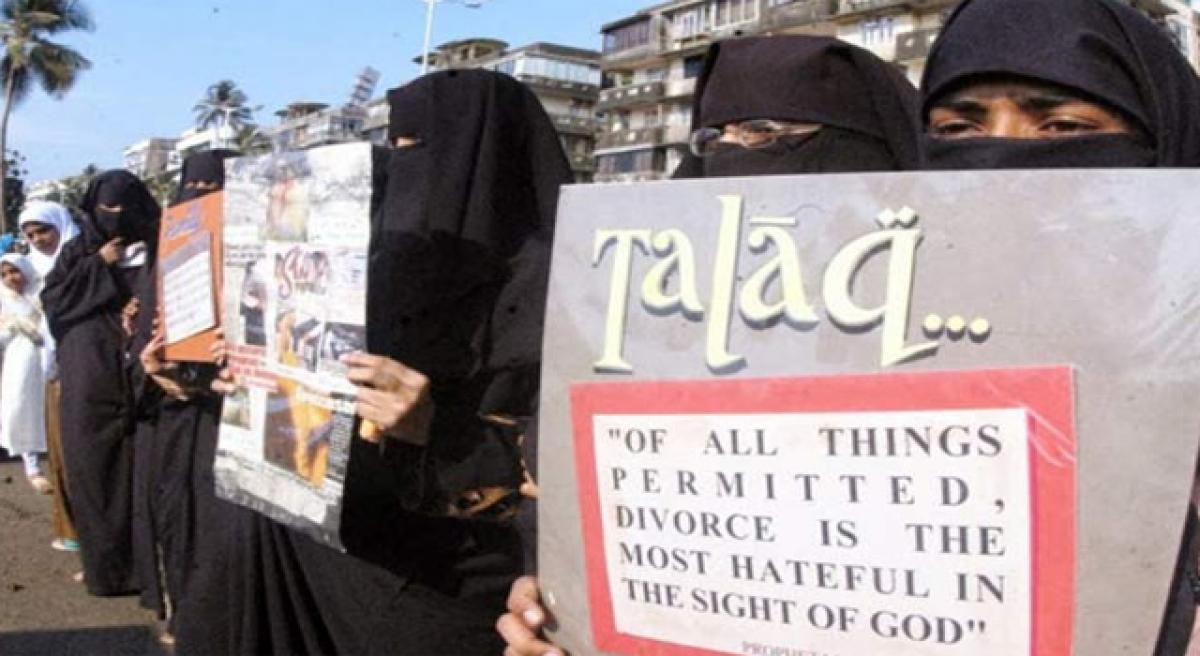 The obnoxious defence of triple talaq and polygamy by All India Muslim Personal Law Board in its affidavit filed in the Supreme Court once again raises the storm over the uniform civil code. When criminal laws are uniform to all Indians irrespective of their religion, how can personal laws be ununiform?

The obnoxious defence of triple talaq and polygamy by All India Muslim Personal Law Board in its affidavit filed in the Supreme Court once again raises the storm over the uniform civil code. When criminal laws are uniform to all Indians irrespective of their religion, how can personal laws be ununiform?

A secular country cannot allow different laws on the basis of religion. Therefore, it is perfectly justified in demanding uniform civil code in a democratic and secular India. But, the question is should it be adjudicated by judiciary or enacted by Parliament or evolved through a process of reform in the society.

Traditions and customs are not uniform within a religious group, too. For instance, marriage of a Hindu girl with her maternal uncle is acceptable in all regions of Andhra Pradesh, while it is construed as incestuous in Telangana. Should we enact a law to enforce uniformity?

At a time when the country is witnessing surcharged politico-religious mobilisation, any hasty attempt to enforce uniform law can be counter-productive as fundamentalists among minorities would portray it as an attack on their religious rights.

All religious bodies opposed legislations to reform personal laws. Many Hindu bodies opposed reforms aimed at removing the injustices that Hindu women suffered in matters of inheritance, guardianship and custody of children, divorce, widowhood, child marriage etc, during the Constituent Assembly and parliamentary debates. However, Hindu society underwent significant changes over a period of time due to reforms within rather than due to the Hindu code law.

Today, some Muslim religious bodies support regressive practices like triple talaq and polygamy that do serious injustice to Muslim women. The need of the hour is for reform from within the religion. Should the Constitution and Rule of Law remain a passive spectator to the perpetuation of blatant gender injustice in the name of religion till the reform from within take place?

Not at all. Many sections of different personal laws discriminate against women in matters of inheritance, custody and guardianship of children, divorce etc. However, the nation could enact many gender-just legislations that are applicable to the believers of all religions. For instance, Prevention of Domestic Violence Act and the Prevention of Sexual Harassment at the Workplace Act etc, which apply to women of all religious communities, are a few such examples.

There is an urgent need to bring in many more such laws that enforce equality of men and women. Instead of reforming the personal laws lock, stock and barrel through justified yet difficult to implement laws in an electoral democracy, the focus should be on enacting gender-just laws that apply to all communities.

The Supreme Court, meanwhile, should pronounce its verdicts on uncivilised aspects of any personal law. The Indian Constitution does not provide for absolute religious freedom. The fundamental right to profess any religion is subject to reasonable restrictions in the interests of public order.

Notwithstanding the opposition from any quarter, the apex court should pronounce practices like triple talaq and polygamy as unjustified and uncivilised. They cannot be defended on the basis of freedom of religion. Can anyone defend the practice of Sati just because someone has a right to profess any religion?