Right to die with dignity 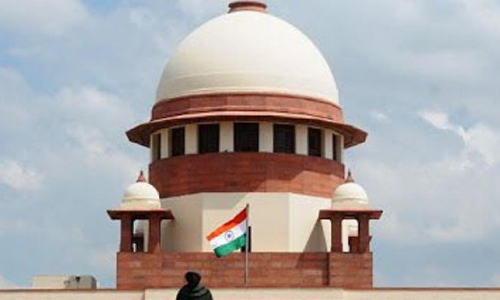 Legalising euthanasia can have disastrous consequences in India’s corrupt medical and legal system and especially at a time when human relations are increasingly monetised and criminalised.

Legalising euthanasia can have disastrous consequences in India’s corrupt medical and legal system and especially at a time when human relations are increasingly monetised and criminalised. Though there are many moral, human and economic reasons to justify euthanasia, any move towards this should be preceded by a strong regulation. At a time when medical science is expanding into new frontiers, what is incurable can perhaps be curable tomorrow.

Medical diagnosis and prescriptions are at a wide variance making any assessment in favour of euthanasia prone to controversies. There should be a wider national debate before India goes for it. Even as the debate on the vexed question of permitting euthanasia, remain unresolved, the Supreme Court in its latest verdict has legalised passive euthanasia differentiating it with active euthanasia.

Recognising the “right to die with dignity”, the Supreme Court legalised passive euthanasia in a landmark judgement. The apex court ruled that a person can make an advance “living will” authorising the withdrawal of all life support system if in the opinion of the doctor he has reached an irreversible stage of terminal illness.

While allowing a person to make a living will, a five-judge Constitution Bench headed by Chief Justice Dipak Misra, however, laid down strict conditions for executing “a living will that was made by a person in his normal state of health and mind”. The bench laid down guidelines on who would execute the will and how a nod for passive euthanasia would be granted by the medical board. The court also permitted a person to draft in advance a “living will” in case she/he slips into an incurable condition.

Euthanasia or mercy killing, refers to the act of causing death of a patient painlessly who is suffering from an incurable, especially a painful, disease and condition as by withholding medical measures. In medical terms, there are two types of euthanasia- active and passive.

In 2011, the Supreme Court had recognised passive euthanasia in Aruna Shanbaug’s case by which it had permitted withdrawal of life-sustaining treatment from patients not in a position to make an informed decision.

A ‘living will’ is a written document that allows a person to give explicit instructions in advance about the medical treatment to be administered when he or she is terminally ill or no longer able to express informed consent.

However, the critics opine that there is no difference between passive and active euthanasia as both tantamount to facilitating death of a person. However, in case of passive euthanasia, the doctors are not under moral dilemma that they, by administering something are causing the death of a suffering patient.

Similarly, the family members are also not under psychological duress that they are committing something which they are not supposed to. In the case of passive euthanasia and the concept of ‘living will’, it is the decision of the person concerned and the family members can avoid moral dilemma.

Notwithstanding the differentiation in passive and active euthanasia, the critics of apex court verdict question that there are issues beyond the legal dimensions. Judiciary cannot certainly be the expert to adjudicate on the complex medical issues involved in the debate.

But, the Supreme Court in this historic verdict clarified on many questions dealing with life and death. Prolonging the life of a person knowing well that he or she cannot be cured would only levy unprecedented emotional, physical and financial stress on the patient’s family. Sometimes, the costs associated with it could be even devastating. Besides, the patient is subjected to unbearable pain in certain medical cases.

In a privatised health care, the costs incurred in keeping a person alive in a critical condition could be highly prohibitive. Just because medical technology allows us to prolong the life, why should a patient and his or her family members should undergo such an enormous suffering even though cure is impossible.

The Court held that “as part of the right to die with dignity in case of a dying man who is terminally ill or in a persistent vegetative state, only passive euthanasia would come within the ambit of Article 21 and not the one which would fall within the description of active euthanasia in which positive steps are taken either by the treating physician or some other person. That is because the right to die with dignity is an intrinsic facet of Article 21”.

Article 21 of the Constitution of India says, “No person shall be deprived of his life or personal liberty except according to a procedure established by law”.

On the issue of personal autonomy and the self determination of an individual, the apex court held that every adult with a capacity to give consent has a right to refuse medical treatment and right of self-determination. But, the Supreme Court clearly cautioned that the doctors would be bound by the choice of self-determination made by those patients who are terminally ill and undergoing a prolonged medical treatment or is surviving on life support provided the illness of the patient is incurable.

Thus, the personal autonomy of an individual as guaranteed by the Article 21 of the Constitution in regard to refusing medical treatment to die with dignity is applicable only to the patients who have no hope of survival. A competent medical authority has to decide on the state of illness of that patient.

The apex court clearly stated that due caution should be taken to permit passive euthanasia as this court itself observed in Aruna Shanbaug case that in the name of the best interests of the terminally ill patient, the elderly would be at risk for the sake of inheritance.

Delving much deeper into the personal liberty and autonomy as enshrined in Article 21 of the Constitution, the Supreme Court said that if withdrawing life support for a patient who is terminally ill or in a permanent vegetative state can be called a murder, then artificially keeping the patient alive in a vegetative state or in a great pain can be construed as invasion of personal autonomy.

Thus, the right to die with dignity is integral to right to personal liberty which is intricately linked to concept of right to life. Thus, the right to dignified life extends up to the point of having a dignified death. The debate on euthanasia as Justice DY Chandrachud observed, should balance between life, morality and the experience of dying.

Thus, accelerating the process of death is to reduce the period of suffering and therefore it is a right to live with dignity. The apex court in this landmark verdict felt that burdening a dying patient with life prolonging treatment and equipment merely because medical technology has advanced would be destructive of his or her dignity.

However, the legal and philosophical reasoning given by the apex court while enunciating a person’s right to die with dignity, would only stand the test of time if the gross misuse of provisions is prevented and adequate safeguards are put in place and properly implemented to avoid any mala fide intentions of the corrupt system or vested interests.