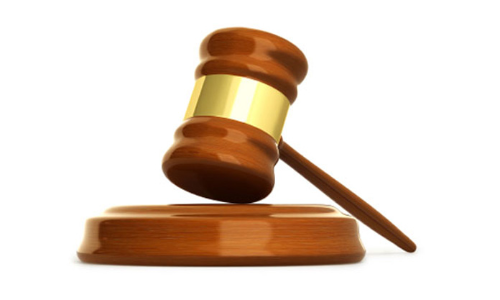 Defection in literal sense means floor-crossing by a member of one political party to another party. The politics of defection is unequivocally a bane to the parliamentary system in India.

The vice of defection has been rampant in India for quite some time, especially at the state level.

Defection is undemocratic as it negates the electoral verdict. If a member of a particular political establishment changes his political affiliation out of conviction because he may conscientiously disagree with the policies of the party to which he belongs.

In such a case, if he leaves the party with whose support he has been elected to the House, he ought to resign his membership of that party, and seek fresh election to the House.

But principled defections are rare. Most of the defections take place out of selfish motives as the defectors hope that they will be appointed to some remunerative posts if they defect.

It was realised that if the evil of political defection was not contained, it would undermine the very foundations of democracy in India and the principles which sustain it. It was therefore thought necessary to enact a law to curb the menace of defection.

Constitutional provisions
The objective behind enactment of anti-defection law and corresponding amendments to the Constitution of India is to curtail the “Aya Ram Gaya Ram” culture among politicians aimed for their personal gains thereby keeping the aspirations of their electorate at stake.

Article 101(3)(a), which reads as follows:
If a member of either House of Parliament becomes subject to any of the disqualification mentioned in clause ( 1 ) or clause ( 2 ) of Article 102.

Article 102(2), which reads as follows:
A person shall be disqualified for being a member of either House of Parliament if he is so disqualified under the Tenth Schedule.

Article 190 (3) (a), which reads as follows:
If a member of a House of the Legislature of a State becomes subject to any of the disqualifications mentioned in clause ( 1 ) or clause ( 2 ) of Article 191; or
Article 191(2), which reads as follows:
A person shall be disqualified for being a member of the Legislative Assembly or Legislative Council of a State if he is so disqualified under the Tenth Schedule.

Under Paragraph 2 of the X Schedule, if a member voluntarily renounces his membership of, or votes or abstains from voting, in the house against the direction issued by, the party on whose symbol he or shwas elected, then he or she would be liable to be disqualified from membership.

On the plain language of paragraph 2 of Schedule X, the disqualification comes into force or becomes effective on the happening of the event.

Under paragraph 3 of Schedule X, no disqualification is incurred in cases where a split from, or merger of a party in another party is claimed. In the event of the split, at-least one third of its members must decide to quit or break away. In case of a merger, the decision should have a support of not less than two-thirds of the party members.

However, the entire paragraph has been omitted from the Tenth Schedule by the Constitution, Ninety-first Amendment in 2003.

Paragraph 4 of Schedule X now protects mergers of parties provided that the decision to merge is supported by not less than two-thirds of a merging party.

Under paragraph 6 of Schedule X, the final authority to take a decision on the question of disqualification of a member of the house vests with the Chairman or Speaker of the House.

Paragraph 7 of the Schedule X excludes the jurisdiction of the courts in respect of any matter connected with disqualification of a member of a House under the Schedule.

Paragraph 8 of the Schedule X authorizes the Chairman/Speaker of a House to make rules for giving effect to the provisions of Schedule X.

The text of the Paragraph 7 of Tenth Schedule is mentioned here under:
Notwithstanding anything in this Constitution, no court shall have any jurisdiction in respect of any matter connected with the disqualification of a member of a House under this Schedule.

However, the Supreme Court of India, which is the final interpreter of the Constitution in a landmark case
"Kihoto Hollohon Vs. Zachilhu and others (1992) 1 S.C.C . 309" pronounced that: Paragraph 7 of the Tenth Schedule is invalid as it curtails Judicial Review which is a part of Basic Structure of the Constitution of India.

The constitutionality of the Anti-Defection law has been upheld by the Supreme Court by a 3:2 majority in the aforementioned case.

But, at the same time, the court has ruled that the Speaker's order under the law disqualifying a member of the legislature on the ground of defection is subject to judicial review.

The majority view is that the main provisions of the Xth Schedule are intended to provide a remedy for the evil of unprincipled and unethical political defections.

Paragraph 7 of the Xth Schedule barring judicial review affects Articles 136, 226 and 227 of the Constitution and, thus, is required to be ratified by half of the State Legislatures in accordance with Article 368(2) of the Constitution.

As it has not been ratified, it would be constitutionally invalid.

However, the majority upheld the validity of disqualification on the grounds of defection mentioned under paragraph 2 of the 52nd Amendment.

These provisions, the majority had ruled, do not violate any rights of freedoms guaranteed to the legislators under Articles 105 and 194 of the Constitution that deals with the powers, privileges of the members of Houses of Parliament and State Legislatures respectively.

In the words of majority Judges:
"The provisions with regard to Anti-Defection law are salutary and are intended to strengthen the fabric of Indian parliamentary democracy by curbing unprincipled and unethical political defections" .

However, it was held in this case that, judicial review would not include any stage prior to the making of a decision by the Speaker/Chairman.

The only exception for any interlocutory interference being cases of interlocutory disqualifications or suspensions which may have grave, immediate and irreversible repercussions and consequences.

In this case the court held that even the expelled member who is considered as an "unattached" member, cannot escape disqualification on the ground of defection if such a member joins any political party subsequent to his expulsion.

Proposed amendments to curtail lacunae in Anti-Defection law:
Several unsavory incidents which have occurred in the wake of Anti-Defection Law show that there is a need to review the law as there are several lacunae therein.

It is necessary to review the law so that the lacunae therein may be removed and the malady of defection may be effectively rooted out from the body polity.

It is high time that the law is revised suitably so as to take care of the many questions which needed clarification.