Natural Calamities A Wake Up Call To Cut Human Intervention: Buddhist Leader. Natural disasters such as the Nepal earthquake in April \"are a wake up call\" and present an opportunity to reverse the occurrence of such events in the future, said a Buddhist leader, also known as the \'Guardian of the Himalayas\', on World Environment Day which is celebrated on Friday. 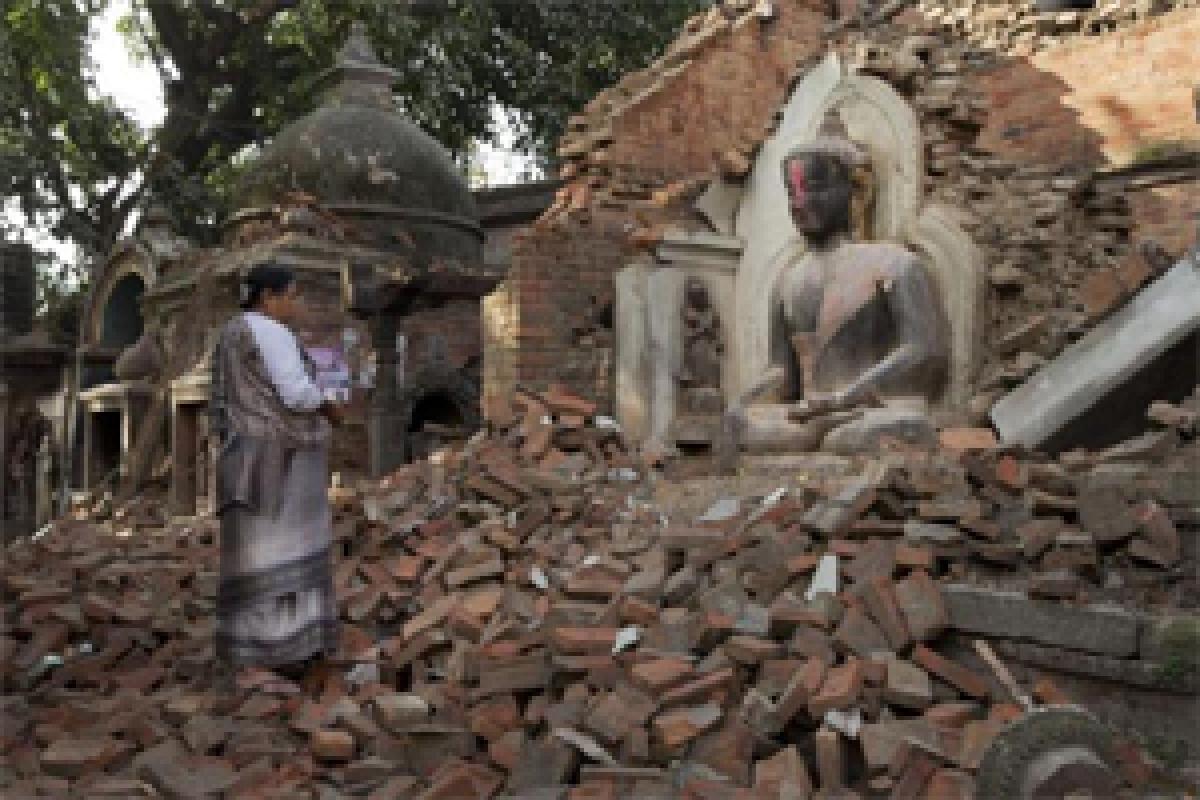 Kathmandu: Natural disasters such as the Nepal earthquake in April "are a wake up call" and present an opportunity to reverse the occurrence of such events in the future, said a Buddhist leader, also known as the 'Guardian of the Himalayas', on World Environment Day which is celebrated on Friday.

"Disasters such as the recent earthquake in Nepal and the cloudburst in the Himalayas (Leh in Jammu and Kashmir) in 2010 are due to humans' increased interferences in nature," Buddhist leader and an active environmentalist, Gyalwang Drukpa told this IANS correspondent, who was recently in the quake-ravaged Himalayan state.

"Natural disasters are a wake-up call. If we understand this, we also realise that we have a genuine opportunity here to reverse some of these disasters before they happen again," he said.

The spiritual head of the 1,000-year-old Drukpa Order based in the Himalayas, who is associated with the Earth Awards Selection Committee that recognises viable innovations that improve the quality of life, said that after the rehabilitation of people in Nepal, the focus would be on environmental preservation and education.

The damage to both life and property could be minimised had there been more trees, he said.

"The trees save lives by preventing and slowing down mudslides and avalanches. They slow global climate change. We can shift towards environment-friendly technologies. In doing this, we can have a respectful relationship with our Earth and it will last us many more generations to come."

The Druk Amitabha Mountain nunnery here, established by the 12th Gyalwang Drukpa in 1988, was also damaged in the devastating quake on April 25 and a series of aftershocks.

Just two months after the flash floods that devastated the Leh region in 2010, the Drukpa Order with around 9,000 people planted 50,033 willow saplings in 33 minutes and 25 seconds over a 1.12 lakh sq yard area near the famed Hemis Monastery in Ladakh.

In 2009, the Buddhist monk, who is active in Nepal and India, along with a team of hundreds of monks, nuns and volunteers trekked through the 475-km long highway that passes through rugged Himalayan ranges from popular tourist destination Manali in Himachal Pradesh to Leh in Ladakh region to create awareness about the hazards of non-biodegradable waste.

They collected 60,000 plastic bottles, 10,000 chewing-gum wrappers and 5,000 cans of carbonated drink, according to a post on the Gyalwang Drukpa's website.

The Drukpa, who was honoured by the United Nations with the Millennium Development Goals Award in September 2010 for promoting environmental education and gender equality, and his followers also visited over 30 villages along the way to educate and encourage more than 150,000 residents on conserving the environment.

The Gyalwang Drukpa's global charity 'Live To Love' has adopted nine quake devastated villages located on the fringes of the sprawling Druk Amitabha Mountain nunnery located on the outskirts of Kathmandu for rehabilitation.

"When the earthquake hit it was raining heavily, and it was completely dark and shaky. It was painful but a crucial wake up call for the rest of the world."

"After the disaster, we can't afford to build unsafe buildings and live in an ecologically unfriendly way anymore," said the maroon-robed Buddhist leader, who was named in 2013 the 'Guardian of the Himalayas' by Waterkeeper Alliance for water conservation and awareness initiatives.

In a message, he said: "Today on World Environment Day -- 2015 we should consider how much damage we have done to our home, this precious planet Earth, as a result of irresponsible consumption.

"In the last few decades, so many of our so-called 'natural disasters' have actually been a result of the damage that we, as humans, have done. It has really been like a nightmare for many of us who live in these areas affected by the disasters."

"If we understand this, we also realise that we have a genuine opportunity here to reverse some of these disasters before they happen again. If we all work together proactively, and with wisdom and compassion, there are so many things we can do as humans to honour our Earth," the spiritual leader said.

"We often talk about going into nature in order to heal ourselves. Now is our turn to try and heal nature, after the damage we have caused in the last few decades," he added.