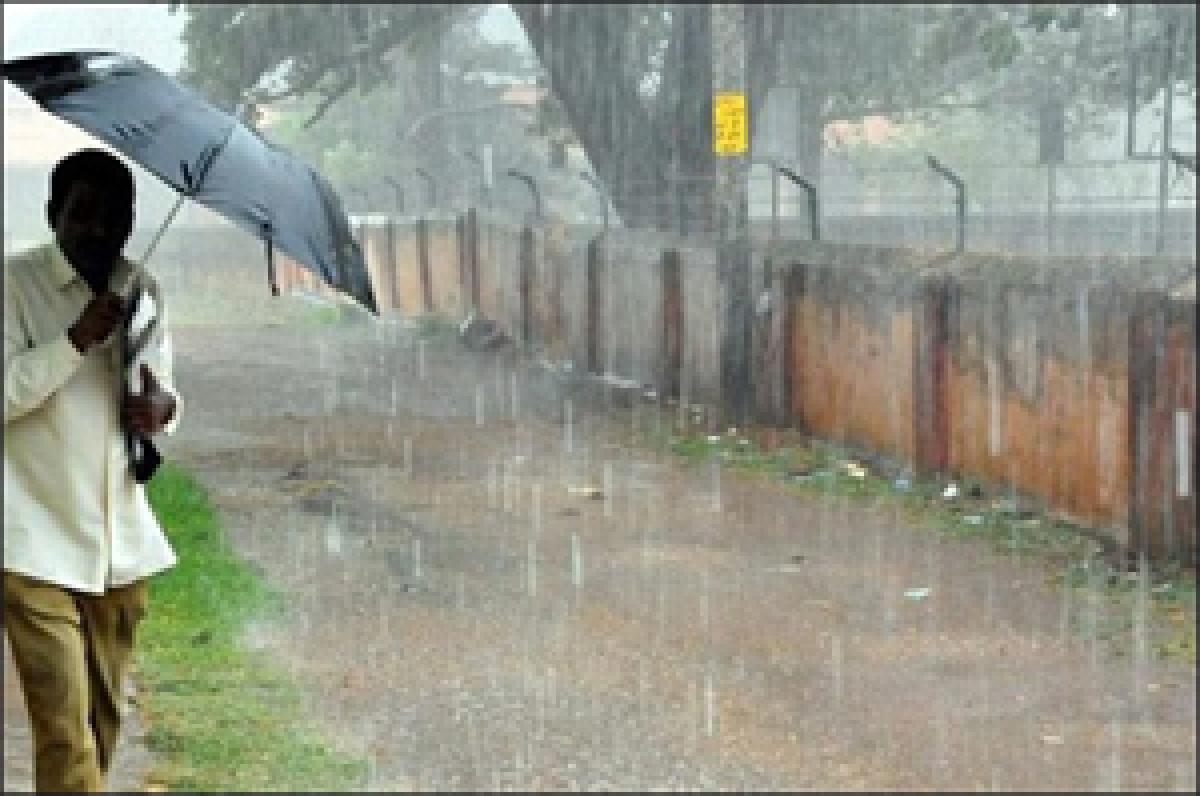 Rain, ThunderShowers Likely In Karnataka. Rain and thundershowers are likely to occur at most places in Karnataka on Friday, the Met Office said. Bengaluru: Rain and thundershowers are likely to occur at most places in Karnataka on Friday, the Met Office said.

Officials from the meteorological department said that coastal Karnataka, south Karnataka and a few places in north Karnataka are likely to receive rain and thundershowers.

The next five days are favourable for further advance of southwest monsoon into the remaining parts of north Karnataka, officials said.

Several other places in the state also received rainfall on Thursday.

The meteorological department issued a squall warning and cautioned fishermen to stay off the sea as strong winds from the southwesterly direction are likely to blow at speeds of 45 to 55 km per hour along Karnataka coast.

The weather department has forecast a cloudy day in Bengaluru on Friday with one or two spells of rain and thundershowers.

The city recorded a rainfall of 1 mm on Thursday, officials said.