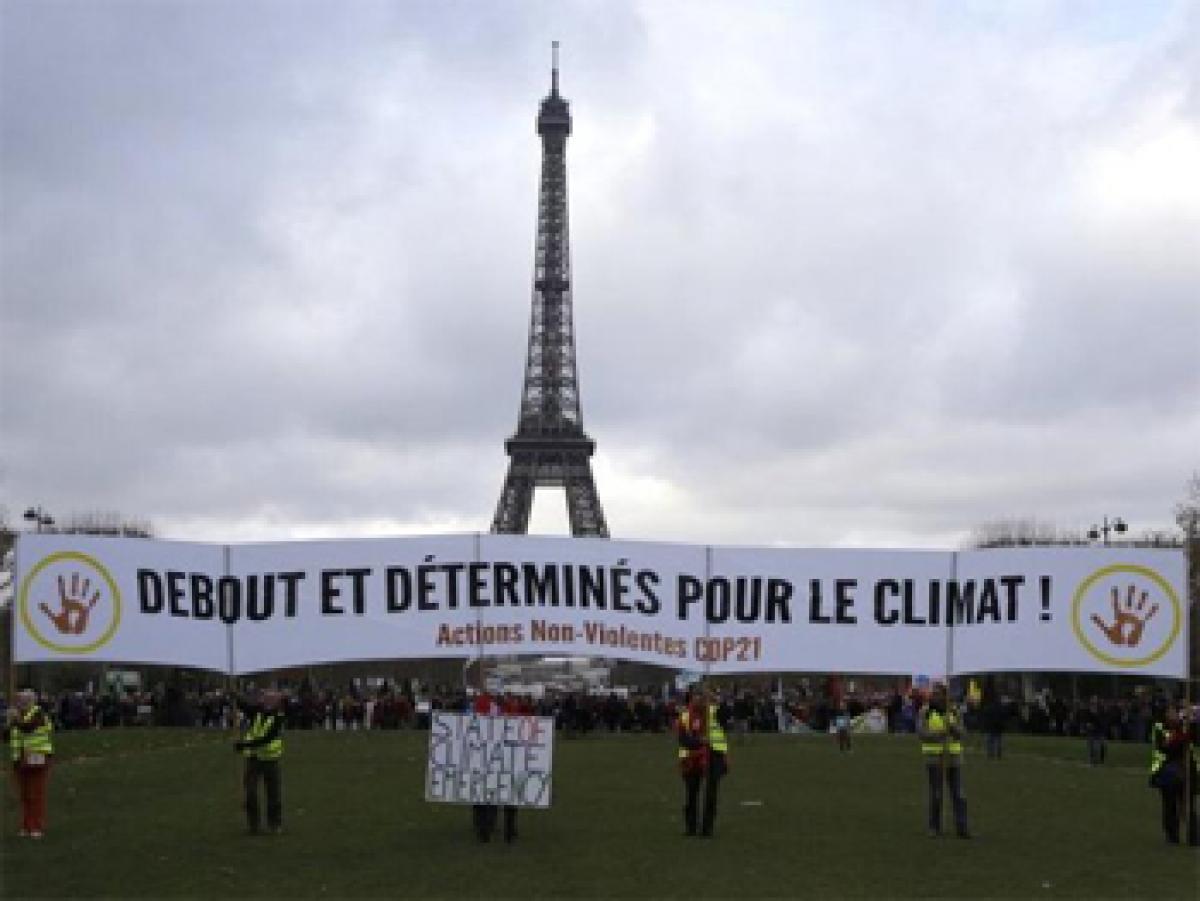 US President Barack Obama and Canadian Prime Minister Justin Trudeau met in Washington some days ago and signed a joint statement reiterating their resolve to fight climate change, adding that both the countries \"must and will play a leadership role internationally in the low carbon global economy over the coming decades\".

US President Barack Obama and Canadian Prime Minister Justin Trudeau met in Washington some days ago and signed a joint statement reiterating their resolve to fight climate change, adding that both the countries "must and will play a leadership role internationally in the low carbon global economy over the coming decades".

Canada and the US are the first and second largest per capita emitters of greenhouse gases (GHGs) in the world today, the positions both would retain for years to come.

To many who are now quite conversant with such official rhetorics, the statement beckoned the end of 100 days of wordy celebrations of success of the Paris climate agreement of December 12, 2015, and the start of yet another era of endless joint communiqués peppered with promotional promises. Similar bilateral statements intended to save the world and protect future generations from a climate cataclysm were plentifully propagated during the months leading to the Paris meeting. This particular statement, though well-intended, looked rather helpless because of several reasons.

First, Obama's term is coming to an end next January. Second, the front-runners to succeed him are shying away from the issue of climate change, leave alone declaring any specific proposals on tacking it. Second, the American presidential debates reveal familiar lines of business-as-usual or even signal the eminent danger of undoing the success of the Paris agreement. Third, Canada not presently being part of the Kyoto Protocol, has not even declared its legally binding pre-2020 ambitious target of emission reduction. Such a target is one of the key issues for successfully implementing the universal agreement reached in Paris.

It's not only Obama, one of the passionate champions of climate change, who would be exiting the world theatre. There will be unprecedented and eminent exodus of key personalities that worked relentlessly for the fruitful outcome at Paris.

Recently, Laurent Fabius quit both as French foreign minister and the president of COP-21, where he was hailed as the "messiah" of the new universal climate agreement. The executive secretary of the United Nations Framework Convention on Climate Change (UNFCCC), Christaine Figures, who was a key figure in coordinating the nuts and bolts of the Paris agreement, has declared that she will step down in July at the end of her six-year term. She firmly stated that she would not accept any extension.

Achim Steiner, the UN under-secretary general and the executive director of the United Nations Environment Programme (UNEP) that, inter alia, facilitates the implementation of the climate change agreement globally, will soon be finishing his tenure and has already accepted a new job not directly related to climate change.

Hela Cheikhrouhou, head of the UN's Green Climate Fund set up to provide $100 billion per year to the developing countries to help them cope with climate change, also said that she would stand down in September. (The fund has so far attracted about $10 billion in pledges from 43 nations, after repeated delays. It has so far dispersed $1.5 billion.)

To top it all, the towering figure that took climate change as a global priority from day one of his UN assignment as secretary general, Ban Ki-moon will be relinquishing his office when his term ends by the end of 2016.

Indeed, it is true that the institutions matter more than the personalities when it comes to serving the long-term cause like climate change. However, considering that the Paris agreement is not even open for the signature, (scheduled to start on April 22), leave alone the implantation, the sheer number of impending exits makes the whole scenario look like a change of guard of climate change. It also takes the recent joint statement between the US and Canada somewhere in the 'cloud-network', to use contemporary terminology, with scant regard towards the need of urgency.

During the 100 days after the historic agreement in Paris, the world is inundated with alarming news which all point to the fact that while climate change is happening faster than expected, the action to prevent it is slowing down.

The phrase "changing of the guard" is used to refer to the situation where the guards from earlier shift would change and the new guards for the next shift would replace them. It is not known if this change of the guard has ever taken place at a time so dramatic and so critical as 2016, when uncontrolled climate change is fast approaching.

(Rajendra Shende is chairman TERRE Policy Centre and former director of the UNEP. The views expressed are personal. He can be contacted at shende.rajendra@gmail.com)