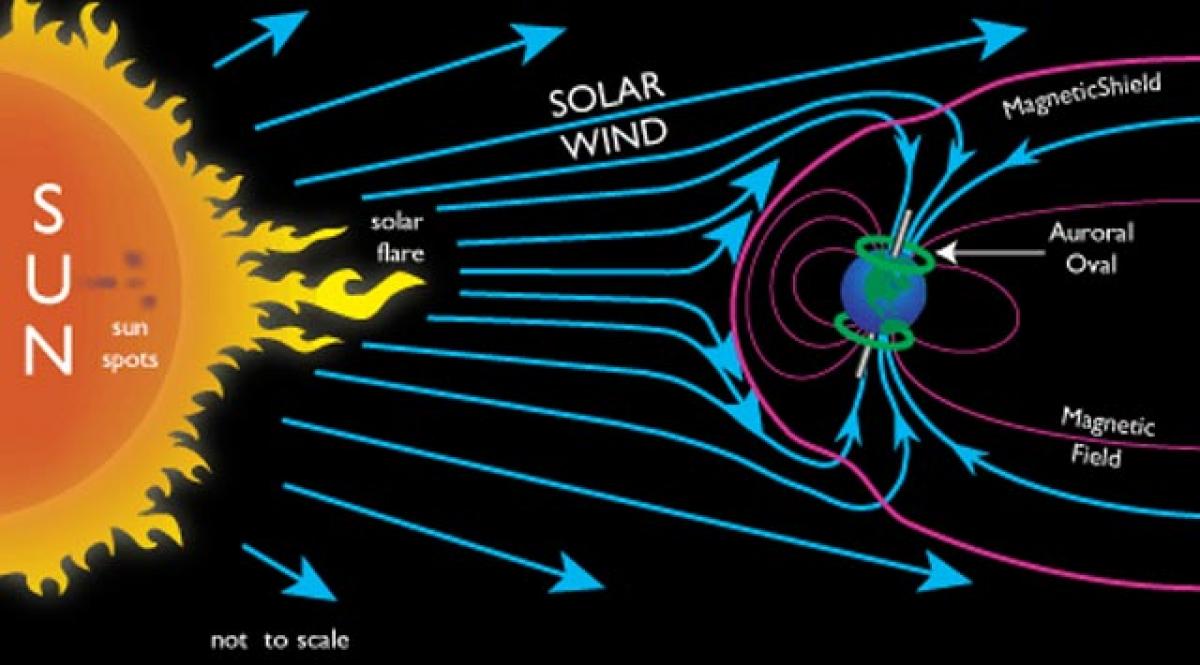 ​Washington: A team of US researchers has discovered new evidence about how the Earth's magnetic field interacts with solar wind a finding that can improve forecasts about space weather.

Although invisible to the naked eye, space weather can have serious, detrimental effects on modern technological infrastructure, including telecommunications, navigation and electrical power systems.

"It's a bit of a surprise because when you have a current, you usually expect a voltage relationship, where resistance and current are inversely related high resistance equals small current; low resistance equals large current," explained Robert Clauer, professor in Virginia Tech's Bradley Department of Electrical and Computer Engineering.

"The finding is a new part of the physics that we need to understand and work with," he added.

The space weather observations allow researchers to watch how the behaviour of the Sun and the solar wind an unbroken supersonic flow of charged particles from the sun changes over time and how the Earth's magnetic field responds to solar wind variations.

They hope that eventually, space weather forecasting will become as reliable as today's winter storm warnings.

Clauer and his team designed and hand-built six autonomous data-collection stations and installed them piece-by-piece near the geographic South Pole for initial testing.

Following successful testing, the autonomous data-collection stations were placed deep in the southern polar cap areas under the auroras.

"The solar wind interacts with the Earth's magnetic field in a manner similar to a fluid, but an electrically conducting fluid," Clauer noted.

Clauer's team will continue collecting information from data stations. They hope to operate throughout the 11-year solar activity cycle, depending on snow accumulation.

The Virginia Tech team research is supported by the National Science Foundation (NSF).