Severe drought on Indian side driving away animals to Nepal 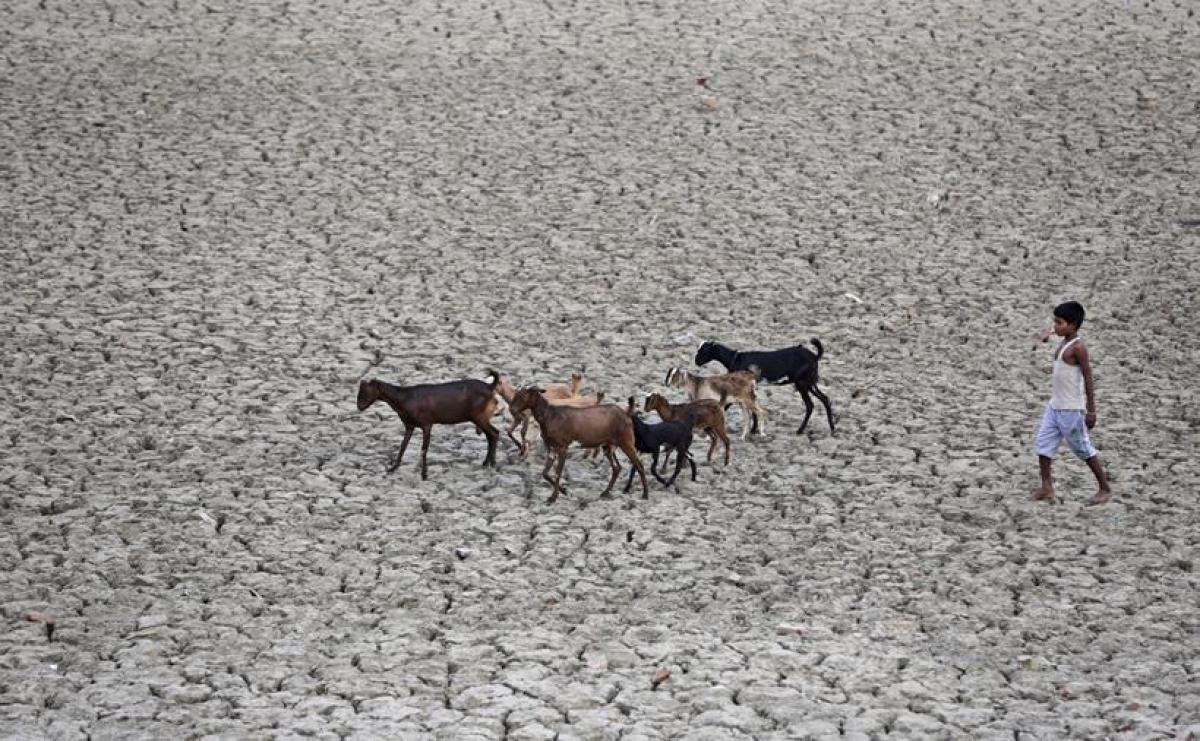 They are migrating en masse -- elephants, swamp deer, tigers and leopards -- from the Indian Terai region into forests of Nepal. A severe drought on the Indian side is forcing these animals to cross over, in search of water and food.

They are migrating en masse -- elephants, swamp deer, tigers and leopards -- from the Indian Terai region into forests of Nepal. A severe drought on the Indian side is forcing these animals to cross over, in search of water and food.

While the Indian Terai region is reeling under water scarcity, it's much better in the forests of Nepal where it rained in April, thus prompting these animals to migrate.

There were heavy unseasonal rains in the area Friday but experts said this does not materialy alter the situation.

"Shuklaphanta Wildlife Reserve got revived due to rains in April. For the last few weeks these animals are coming from the Indian forests, attracted by food and water here,” Babu Ram Lamichhane, research officer at the National Trust for Nature Conservation, Chitwan district, Nepal told IANS.

“However, this migration is limited due to the narrow green corridors with broken connectivity across the forests of India and Nepal," he added.

"Forests of Nepal was also hit by the drought. But it rained in April and the grasses grew. This has attracted the animals for food, water and shelter," Savita from the World Wide Fund for Nature (WWF) Nepal told IANS.

Migrations have been observed in the Terai Arc Landscape (TAL) which is spread over 49,500 square-km. It is home to 86 species of mammals, over 600 species of birds, 47 species of reptiles and amphibians, 126 species of fishes and over 80 lakh human beings.

However, due to the uneasy nature of these narrow corridors, broken connectivity and human intrusion, the migration of animals is limited, and often leads to man-animal conflict.

"An elephant was found dead in April with multiple wounds. It was migrating through Dudhwa-Laldhadi Green Corridor, the most busy route in the region," Lamichhane said.

On the Indian side too the officials are concerned about the man-animal conflict. Due to drought, the tigers and leopards often enter human settlements in search of food and water, or the sugarcane fields through fringe forests, mostly with their cubs.

Rice cultivation in Terai region during summer also leads to attacks by the tigers. However, these incidents have been controlled, reducing the number of attacks from 12 in the summer of 2014-15 to just two in 2015-16 till April-end.

"We hope the animals don't cross over to the human settlements. Luckily, there was no major man-animal conflict in the area, except when a leopard was cornered by some villagers near Kartaniaghat," Sunil Choudhry, Director of Dudhwa Tiger Reserve, told IANS.

According to the Indian forest officials, more than 100 elephants had settled permanently in the Dudhwa National Park. But due to the drought, the they keep migrating in search of food and water.

The forest department is conducting a census of the elephants and reviving the green corridors in the region to help migration of animals across the border, Choudhry informed.

"Rhinos from Katarniaghat are also moving frequently towards the Bardiya National Park using the Kartaniaghat-Khata Corridor. But this migration is frequent and not static. They often migrate, to and fro, on a weekly or monthly basis and have marked their turf in about five square-km of area close to the corridor," said an Indian forest official.

Meanwhile, to support the wildlife in the drought-hit Indian Terai region, the forest officials are using submersible pumps and solar tube wells to fill up water holes and ponds in the Dudhwa Tiger Reserve and other such natural habitats.

No new water holes were dug up. Instead, the existing ones in core zones like Salukhapur, Sariana and Dudhwa have been filled up.

"There are about 40 water holes and ponds in the core zone of the forest. We are keeping all of them filled up and luckily animals are using them," said Choudhry.

Amid all this, one wonders how the drought has impacted the human lives. Even though the animals are migrating, no drought has been declared in Uttar Pradesh districts of Lakhimpur Kheri, Pilibhit and Behraich which fall under the Indian Terai region.

However, the drought has affected the Tharu tribe that lives in small hamlets deep inside the forests along the Indo-Nepal border, including Dudhwa National Park, Kartaniaghat and regions of Shuklaphanta.

The ponds in the forests have dried up, thus affecting supply of fish -- the staple diet of the Tharu tribe. They are now dependent on stored water and dry meat -- a practice they follow to tide over adverse situations.

"We never saw such a drought in the recent past. Most of the ponds have dried up in our villages and the forests," Pruanlal, a member of Katharia clan of the Tharu tribe in Poya village, told IANS.