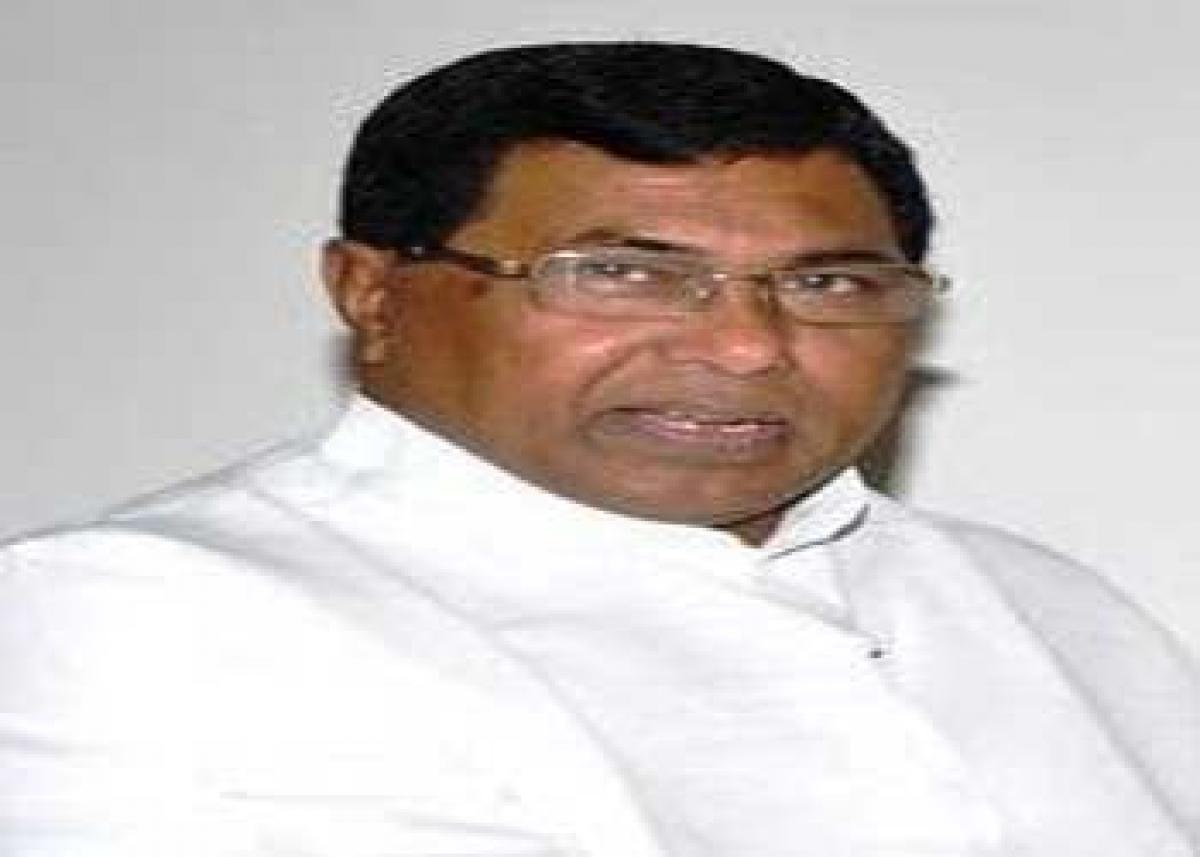 The T Congress leaders met Panchayat Raj Minister Jana Reddy at his chamber in Secretariat to discuss the developments that followed the Congress Core ...

The T Congress leaders met Panchayat Raj Minister Jana Reddy at his chamber in Secretariat to discuss the developments that followed the Congress Core Committee meeting in New Delhi. Though the discussion centred on State leaders' meet with Core Committee, the leaders also discussed selective leaks.

It was attended by MPs V Hanumantha Rao, R Anand Bhaskar, Ponnam Prabhakar and Palvai Govardhan Reddy. They expressed optimism over formation of Telangana in near future. While briefing mediapersons after the meeting, Jana Reddy said that the meeting focussed over fresh developments in New Delhi. He felt that the decision on Telangana was in its final stages. He felt that the selective leakages made in certain quarters on the road maps were far from the facts. They differ from what were presented as roadmap to the Core Committee by the leaders of the State.

"No one should believe in the leakages aimed at misleading the people", he cautioned. He hoped that the people would get a favourable decision shortly, after the CWC meeting is held. "Nothing can stop the formation of Telangana", he assured. The T MPs also discussed the roadmap presented by the Chief Minister to the CC. Some of the leaders in the meeting had expressed angst over the reports, where CM directly linked the formation of Telangana with escalation of Naxal problem.

"On the contrary, if Telangana is not given there would be more problem of Naxals", felt Palvai Govardhan Reddy. In the forthcoming Parliament sessions, the Central government will table the Bill on Telangana, he claimed, while referring to the information he had from senior leaders in New Delhi.

"As the decision on Telangana is inevitable the leaders of Coastal Andhra should act with patience", the leader said.

CM stonewalling T formation: Ponnam Speaking to mediapersons after meeting Panchayat Raj Minister Jana Reddy at Secretariat, Congress MP Ponnam Prabhakar alleged that Kiran Kumar Reddy was inciting Ministers from Seemandhra to visit New Delhi on July 28. He pointed out that while the Centre was keen in giving a decision favoring Telangana, the frustrated leaders from Seemandhra were trying with all means to stop this process. According to him, the leaders are airing conflicting views like separate package for T region and proposal of Rayala-Telangana only to derail separate statehood for Telangana.