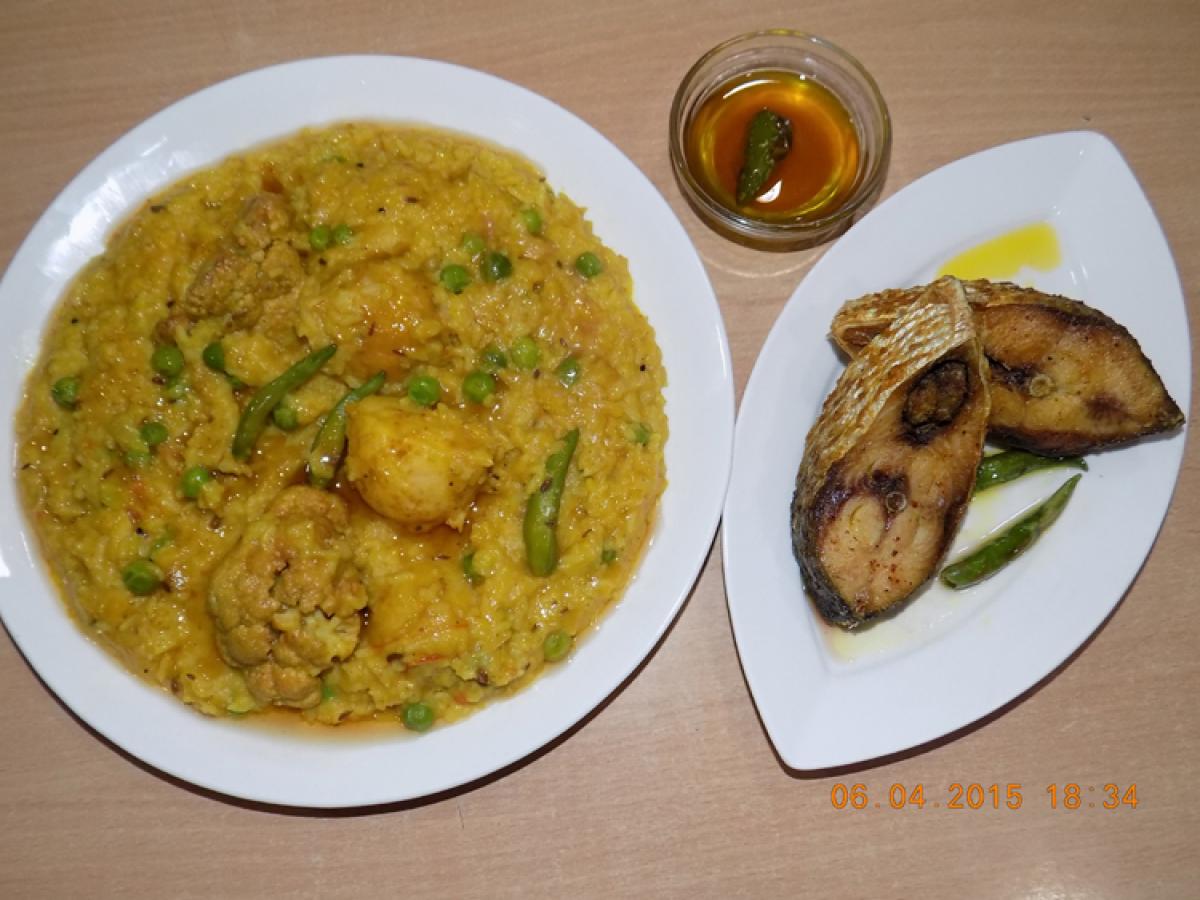 What happens when Feluda\'s Topshe and National Award winning film director Goutam Ghose come together to partake in a joint venture along with a publisher and two entrepreneurs? Another astounding movie, perhaps. But in this case, they came up with a restaurant chain serving authentic Bengali cuisine and ruling the hearts of the elite Bengali gourmets for over a decade.

What happens when Feluda's Topshe and National Award winning film director Goutam Ghose come together to partake in a joint venture along with a publisher and two entrepreneurs? Another astounding movie, perhaps. But in this case, they came up with a restaurant chain serving authentic Bengali cuisine and ruling the hearts of the elite Bengali gourmets for over a decade. Bhojohori Manna outlets - now thriving in five cities of four states, shorn of pomp and pretence but known for their tasteful décor - endeavour to uphold the delightful concept of the old world "price hotels" which provide low cost, delicious and quality food to commoners.
Located in ten different areas in the city and six more in Mumbai and Bengaluru (two each), Puri and Siliguri, Bhojohori Manna is known for serving nostalgic preparations like mutton dakbangla, College Streeter mutton kabiraji cutlet as also Mohun Bagani chingri kebab, in addition to a wide variety of lip-smacking fish dishes cooked in a manner befitting home-made recipes. Plans are afoot to open an outlet in Delhi and two others abroad - in Dhaka and Dubai.
The restaurant derives its name from Manna Dey's 70's cult-hit "Ami Sri Sri Bhojohori Manna" (I am Sri Sri Bhojohori Manna) that tells the story of a magical cook who developed a culinary style of his own. It opened its doors in 2003, when five friends invested Rs.25,000 each to buy a modest 180 sq.ft place in South Kolkata's Ekdalia.
The eatery that was to evolve into a leading food chain in West Bengal and beyond had started off as a humble outlet selling fried fish and cutlets.
"The first few days we just sold snacks and fried food. But there was already a fair demand of home-style Bengali food and this prompted us to move over to main courses. The small kitchen was transformed into what one would call a base kitchen and thus came about the transition from fish fry to macher jhol (fish curry)", joint owner and publisher Rajiv Neogi told IANS.
Besides former Tata executive Siddhartha Bose and Neogi, the core team includes Ghose, capital market analyst and "Topshe" of Satyajit Ray's Sonar Kella, and Joy Baba Felunath Siddhartha Chatterjee and business owner Ranjit Duttagupta.
The variety on the menu could be traced to the team behind this concept which is just as unique and diverse, their passion for food being the only common link. "We were having a lunch get-together at my place and I had made Koliwada fish (a Goan preparation) for them. While we were savouring the food, the idea of running a restaurant suddenly struck us. So, it was over food and adda (light hearted chat session) that the idea of Bhojohori Manna was born," Ghose, also the man behind some of the eateries' most popular recipes, told IANS.
"There were not too many Bengali restaurants in the city at that time and we thought why not develop something along the lines of a pice hotel but only with better amenities," he added.
Chatterjee echoed Ghose.
"With Bhojohori Manna we did something that was not conceived by many people. We cultivated Bengali cuisine," Chatterjee told IANS.
Asked about his journey from the boy-next-door of the 1970s' cult Feluda films to a restaurateur, Chatterjee replied: "The journey was never between Topshe and Bhojohori Manna, even though it's the story of the same person. As I gradually started understanding business, I realised that running a restaurant would be a good idea. It was my passion for food that got me into this business. Topshe is nostalgia, but so is Bengali food."
Preparations like jumbo ilish (giant hilsa), daab chingri (prawn in tender green coconut), potoler dolma (stuffed pointed gourd with prawn or chicken), mochar chop (banana flower fritters), nalen gurer ice cream (ice cream flavoured with date palm jaggery) and aam doi (sweet mango yogurt) have become quite popular over the years.
"Bhojohori Manna has remained witness to almost all our family get-togethers. In fact, every time my friends visit from Canada or Saudi Arabia, we make it a point to meet here (at the Hindusthan Park outlet) for lunch", Soumyadeep Ray, a Bhojohori Manna loyalist, told IANS.
The menu is based on whatever raw material is available in the market on a particular day. They claim to stick to the "grandmother's principle" of serving "fresh food only". Reasonably priced and served in decent quantities, a meal for two would roughly be priced around Rs. 500 to 600.
"If you ensure quality of your product and do not go overboard with the prices, people are bound to come to you. At Bhojohori Manna we don't stick to the same menu every day. It keeps changing regularly. So what you order today may not be available tomorrow. Our customers are aware of this and in fact, they love us for this," Bose told IANS.
Show Full Article
Email ArticlePrint Article
More On