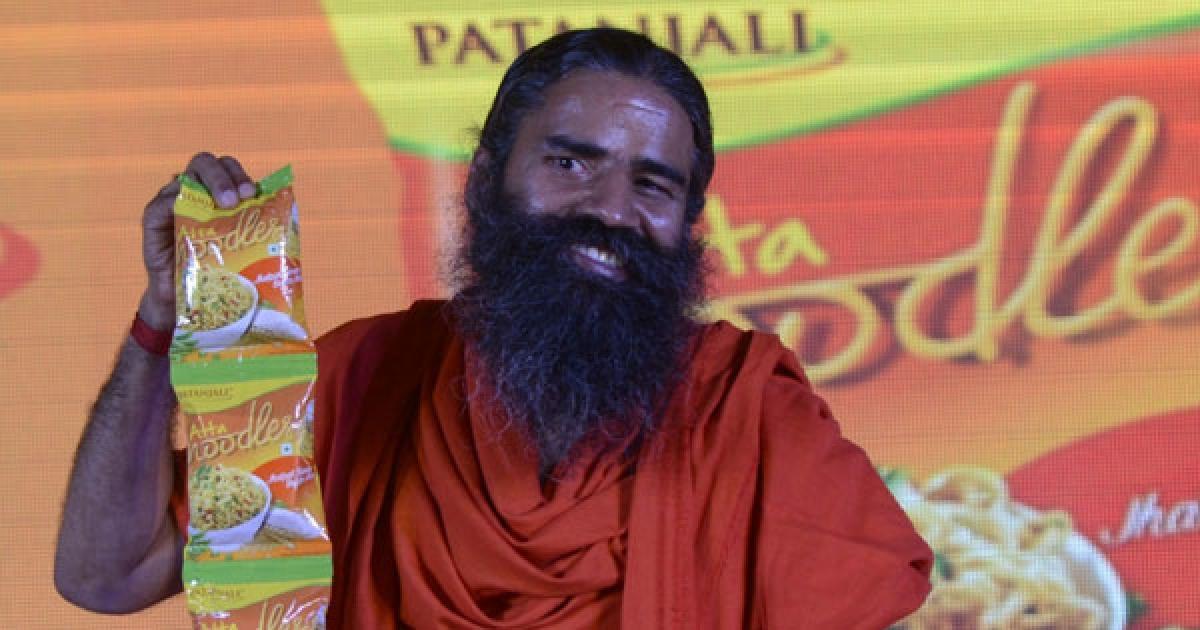 Patanjali Ayurved, the FMCG venture promoted by yoga guru Baba Ramdev, on November 16 launched \'healthy\' instant noodles that will take on Nestle\'s Maggi which has returned to the Indian market after a 5-month ban.

New Delhi: Patanjali Ayurved, the FMCG venture promoted by yoga guru Baba Ramdev, on November 16 launched 'healthy' instant noodles that will take on Nestle's Maggi which has returned to the Indian market after a 5-month ban.

In order to meet the product demand, Patanjali will set up five manufacturing plants in Delhi NCR, Madhya Pradesh, Maharashtra, Karnataka and Uttar Pradesh within a year. These plants will also make other Patanjali products. "By the end of December, our noodles will hit one million stores. We are ramping our production capacity," Ramdev told reporters here but did not specify investment details for setting up new plants.
Patanjali has priced its 'Atta Noodles' of 70 gram pack at Rs 15, claiming it to be cheaper from competitors. "It is Rs 10 cheaper from our rivals noodles, which are selling atta noodles at Rs 25," he said, adding that its noodles are based on rice bran oil and not palm oil which other manufacturers uses. Its products are available at modern trade shops including Reliance Fresh, Big Bazaar, D Mart and Patanjali's own retail network.
Nestle India relaunched Maggi noodles in the market last week after Bombay High Court lifted ban on it imposed by FSSAI and Maharathstra FDA. Ramdev said Patanjali will enter new product categories such as childcare, skincare and health supplement by the end of this year. The company will also foray into textiles sector and make clothes such as yoga attire.
"We will launch baby care under 'Shishu Care' brand, beauty care products under 'Saundrya' brand, health supplement powder under 'Power Vita' brand by the end of December. We will also enter into textiles category under 'Vastram' brand," he said.
The company had sales turnover of Rs 2,007 crore in 2014-15 and expects to reach Rs 5,000 crore this year. "We are looking at 150 per cent growth in our sales this year and aiming to cross Rs 5,000 crore turnover," Ramdev said. When asked if there is a plan to list Patanjali Ayurved on the stock exchange, he said: "No, not right now."
Over exports, Ramdev said: "Right now its very small as we are focusing on meeting domestic demand. But we would also look into that." In order to compete with multinational companies, the company will soon start airing TV commercials for Atta Noodles and other products such as hair care, ghee and toothpaste.
Show Full Article
Email ArticlePrint Article
More On
Subscribe
Subscribed Failed...
Subscribed Successfully...