YS Vijayamma, Sharmila Power YS Jagan's Election Campaign. When late chief minister Dr YS Rajasekhara Reddy's daughter Sharmila announced her Maro Praja Prasthanam Padayatra, a repeat of what her father had done years ago there were doubts if she knew what she was getting into.

When late chief minister Dr YS Rajasekhara Reddy's daughter Sharmila announced her Maro Praja Prasthanam Padayatra, a repeat of what her father had done years ago there were doubts if she knew what she was getting into.

Much to the surprise of her detractors, Sharmila pulled it off in style! She also set a record of sorts by being the only woman to have walked such a humongous distance to boost the spirit of the YSR Congress party supporters.

On the other hand, YSRCP honourary president YS Vijayamma too kept the party alive by holding activities to boost the morale of party workers assuring them that Jagan would be back soon.

True to her words, Jagan was released from jail and is back with a bang. He took off where he had left, the Odarpu Yatra. While his detractors are crying foul over his Odarpu yatra, the unfazed Jagan has managed to draw thousands of people wherever he went.

The one surprising thing was the return of the two women who had relentlessly worked till Jagan's release. Soon as Jagan was released, Sharmila had vanished oblivion. Political circles were abuzz with rumours that Jagan had silenced his missile upon his return while his sister maintained that she took the back seat as Jagan is the lead campaigner for the party. 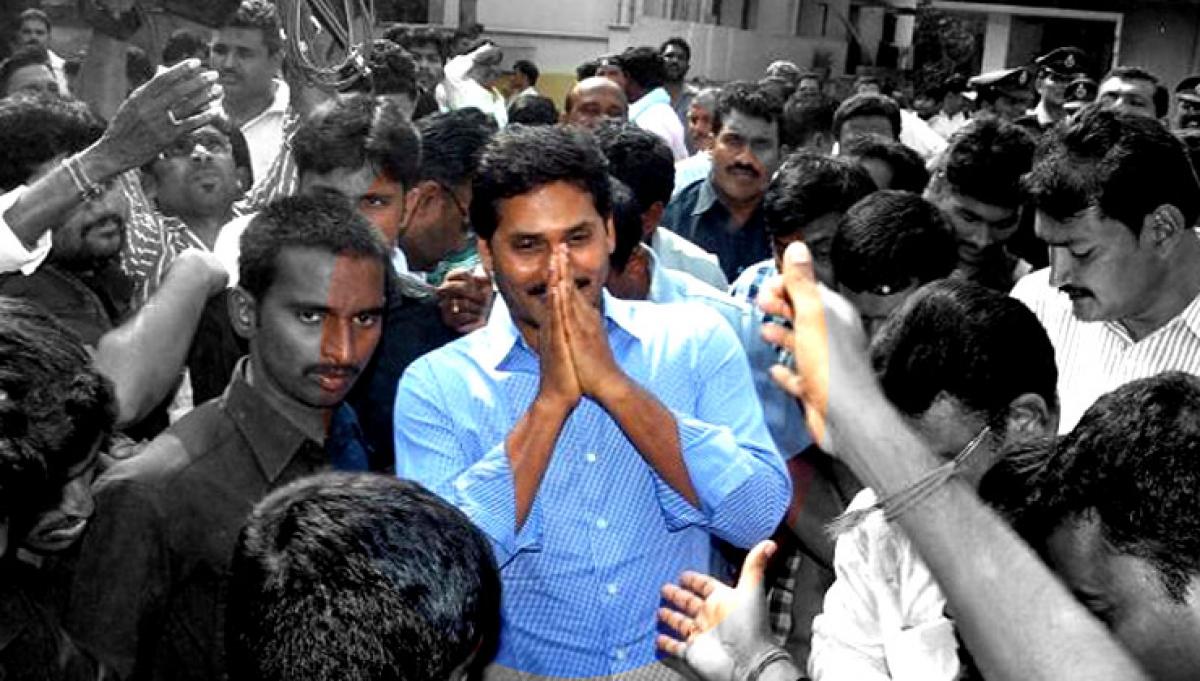 However, this did not put an end to speculations. Rumour had it that Sharmila was keen on contesting elections after she got an overwhelming response for her padayatra. She even managed to get her own followers. Political grapevine had it that Jagan's release put an end to her political dreams.

Meanwhile, the Kadapa MP is at his best trying to woo Seemandhra people. He has even made the national media sit up and take notice. Many are even hailing him as a good leader. Political analysts feel he will give a tough competition to Chiranjeevi who is Congress' hope for the Seemandhra region.

Meanwhile, the women power is back to lend support to Jagan's poll campaign. Contrary to the talks that the work of Vijayamma and Sharmila was over soon as Jagan came out, the duo is back interacting with the public, showing them dreams of the return of golden era YSR saying only Jagan could make that possible.

The response the YSRCP campaign is garnering shows that there could be a high probability of Jagan getting a good number of votes. But in politics, you never know. Let's see how far the poll campaign will help.