Can anyone stop Narendra Modi?

Can anyone stop Narendra Modi? Starting on April 7, illiterate villagers and destitute slum-dwellers alongside country’s millionaires among the 815m citizens are eligible to cast their ballots in nine phases of voting over five weeks—the largest collective democratic act in history. 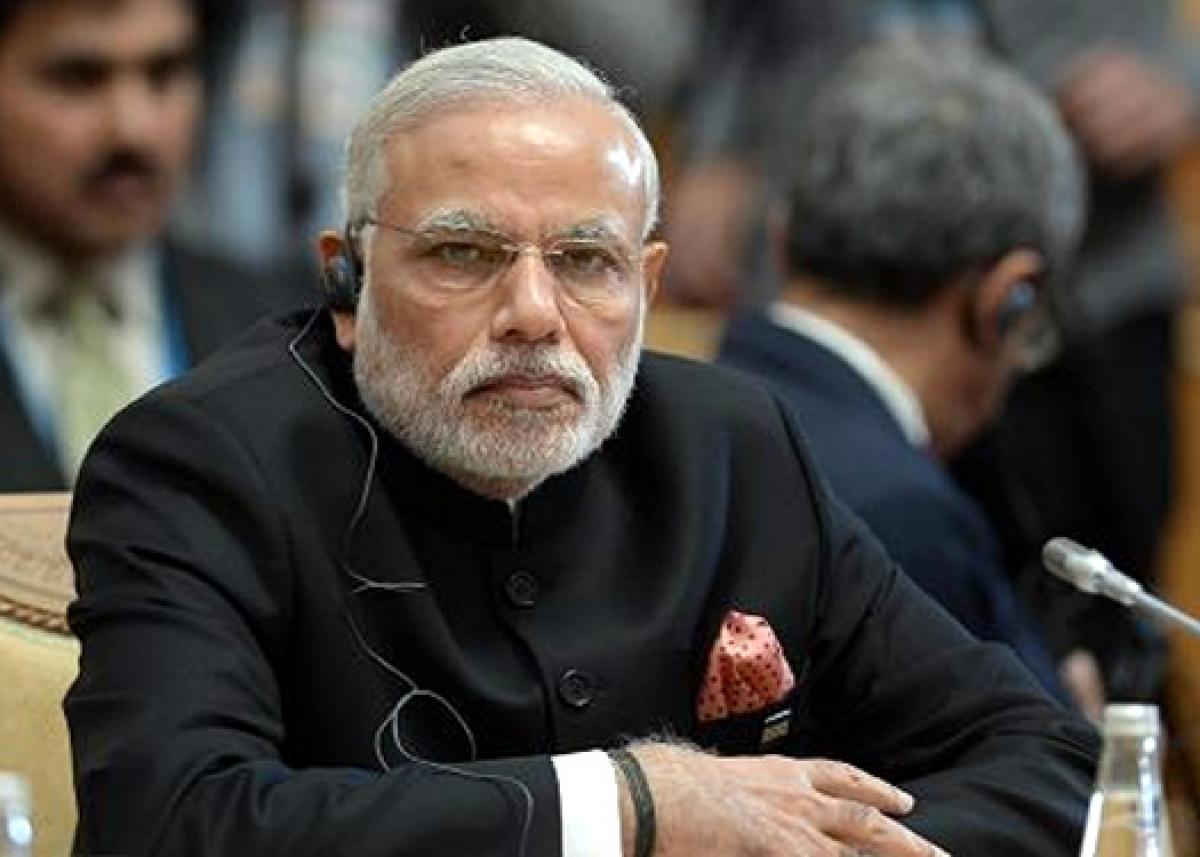 Starting on April 7, illiterate villagers and destitute slum-dwellers alongside country’s millionaires among the 815m citizens are eligible to cast their ballots in nine phases of voting over five weeks—the largest collective democratic act in history. The country is teeming with problems, but a decade under a coalition led by the Congress party has left it rudderless. Growth has fallen by half, to about 5 per cent too low to provide work for the millions of young Indians joining the job market each year. Reforms go undone, roads and electricity remain unavailable and children have been left uneducated. Meanwhile politicians and officials are reckoned to have taken bribes worth between $4 billion and $12 billion during Congress’s tenure.

No wonder that the overwhelming favourite to become India’s next prime minister is the Bharatiya Janata Party’s Narendra Modi. He could not be more different from Rahul Gandhi, his Congress party rival, who would ascend to office as if by divine right. Whereas, Modi who propelled to the top by sheer ability shows that he is set on economic development and can make it happen.

The reason begins with a Hindu rampage against Muslims in Gujarat in 2002, in which at least 1,000 people were slaughtered. The orgy of murder and rape in Ahmedabad and the surrounding towns and villages was revenge for the killing of 59 Hindu pilgrims on a train by Muslims. Modi had helped organise a march on the holy site at Ayodhya in 1990 which, two years later, led to the deaths of 2,000 in Hindu-Muslim clashes. Modi’s defenders, especially among the business elite, point to two things. First, repeated investigations—including by the admirably independent Supreme Court—have found nothing to charge their man with. And second, they say, Modi has changed. He has worked tirelessly to attract investment and to boost business for the benefit of Hindus and Muslims alike.

On both counts, that is too generous. One reason why the inquiries into the riots were inconclusive is that a great deal of evidence was lost or wilfully destroyed. And if the facts in 2002 are murky, so are Modi’s views now. In a rare comment last year he said he regretted Muslims’ suffering as he would that of a puppy run over by a car. Amid the uproar, he said he meant only that Hindus care about all life. Muslims—and chauvinist Hindus—heard a different message. Unlike other BJP leaders, Modi has refused to wear a Muslim skullcap and failed to condemn riots in Uttar Pradesh in 2013 when most of the victims were Muslim.

The lesser of two evils

“Dog-whistle” politics is deplorable in any country. But in India violence between Hindus and Muslims is never far from the surface. At partition, when British India fractured, about 12m people were uprooted and hundreds of thousands perished. Since 2002 communal violence has died down, but there are hundreds of incidents and scores of deaths each year. Sometimes, as in Uttar Pradesh, the violence is on an alarming scale. The spark could also come from outside. In Mumbai in 2008 India suffered horrific attacks by terrorists from Muslim Pakistan—a nagging, nuclear-armed presence next door. By refusing to put Muslim fears to rest, Modi feeds them. By clinging to the anti-Muslim vote, he nurtures it. Modi might start well in Delhi but sooner or later he will have to cope with a sectarian slaughter or a crisis with Pakistan—and nobody, least of all the modernisers praising him now, knows what he will do nor how Muslims, in turn, will react to such a divisive man.

If Modi were to explain his role in the violence and show genuine remorse, we would consider backing him, but he never has; it would be wrong for a man who has thrived on division to become prime minister of a country as fissile as India. We do not find the prospect of a government led by Congress under Gandhi an inspiring one. But we have to recommend it to Indians as the less disturbing option. If Congress wins it must strive to renew itself and to reform India. Gandhi should make a virtue of his diffidence by stepping back from politics and promoting modernisers to the fore. If, more probably, victory goes to the BJP, its coalition partners should hold out for a prime minister other than Modi.

And if they still choose Modi? We would wish him well, and we would be delighted for him to prove us wrong by governing India in a modern and fair way. But for now he should be judged on his record—which is that of a man who is still associated with sectarian hatred. There is nothing modern, honest or fair about that. India deserves better.