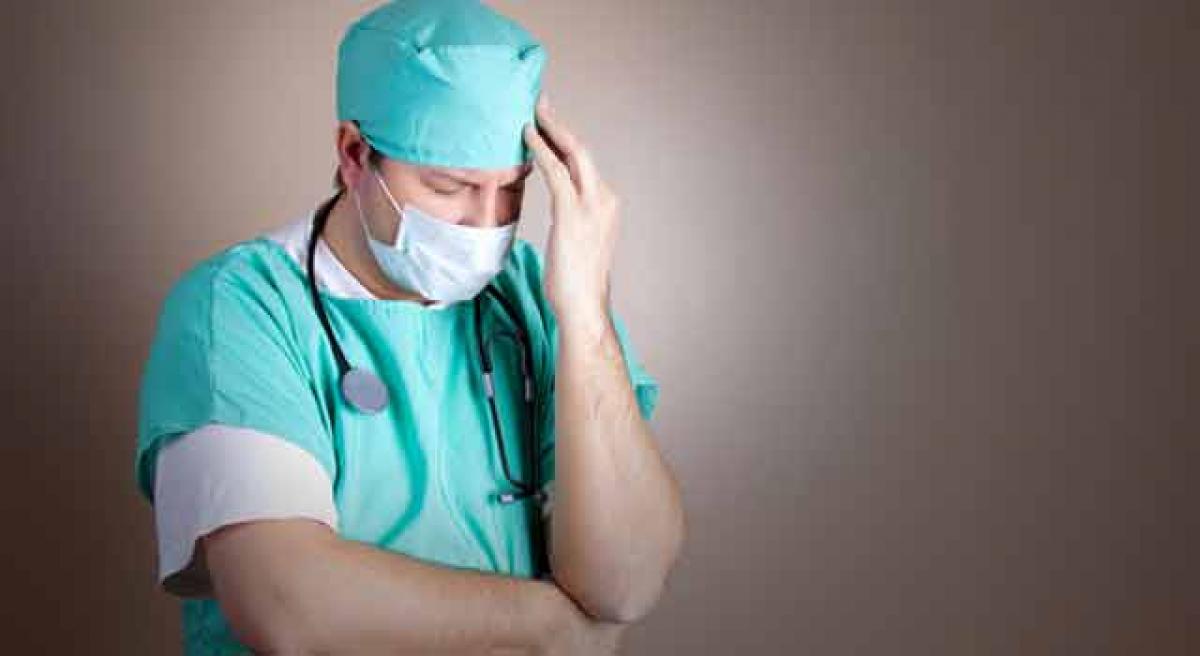 Indian doctors are well-known all over the world. They are part of reputable institutions abroad and in India. India holds the highest number of medical colleges and teaching hospitals than elsewhere - 579, to be precise.

Indian doctors are well-known all over the world. They are part of reputable institutions abroad and in India. India holds the highest number of medical colleges and teaching hospitals than elsewhere - 579, to be precise.

A couple of recent research articles claim that quality and ethics of the country's vast medical schooling system is not up to the mark and it revealed that more than half of those 579 didn't produce a single peer-reviewed research paper in over a decade (2005-2014), and that almost half of all papers were attributed to just 25 of those institutions.

In a country with the world's heaviest health burden, and highest rates of death from treatable diseases like diarrhoea, tuberculosis and pneumonia, corruption at medical schools is an extremely pressing issue.

The Indian Medical Association estimates that nearly half of those practicing medicine in the country do not have any formal training, but that many of those who claim to be qualified may actually not be.

Producing research papers isn't a direct indicator of the quality of education at a given institution, or of the health care that might be provided there.

But as Samiran Nundy, a Delhi-based senior gastrointestinal surgeon who authored one of the studies, talking to a newspaper said "These findings support long-standing suspicions that for many private colleges in the country, medical education is just a business."

Reuters conducted a four-month-long probe in which at least 69 Indian medical colleges and teaching hospitals have been accused of such transgressions or other significant failings, including rigging entrance exams or accepting bribes to admit students," and that "one out of every six of the country's 398 medical schools has been accused of cheating, according to Indian government records and court filings.

The 2011 court case against a man, Balwant Arora, was one of the earlier indications of the massive levels of fraud. Arora brazenly admitted to issuing more than 50,000 fake medical degrees at around $100 apiece from his home, saying that each of the recipients had "some medical experience" and that he was doing it in service to a country that desperately needs more doctors. He had served four months in jail in 2010 for similar offences.

There were only 11 medical colleges in 1980 compared to 100 public colleges; but, now the private colleges outnumber public medical colleges.
Last January, the British Medical Journal found that many private medical colleges charged "capitation" fees, which are essentially compulsory donations required for admission. Jeetha D'Silva, who authored that report, wrote, "Except for a few who get into premier institutions of their choice purely on merit, many students face Hobson's choice - either pay capitation to secure admission at a college or give up on the dream of a medical degree."

“The best public medical colleges have acceptance rates that are minuscule, even compared to Ivy League universities. Those colleges also tend to be the ones that produce the most research papers, as well as handle the most patients, which would seem to eliminate the possible excuse that overwhelming patient burdens prevent private colleges from producing valuable research”, points out report.

The report also stated that most productive medical college in India is also its largest public health institution, the All India Institute of Medical Sciences, or AIIMS.

In the 10-year period that Samiran Nundy and his colleagues examined, AIIMS published 11,300 research papers. For context, that is about a quarter of what Massachusetts General Hospital produced in the same time frame.