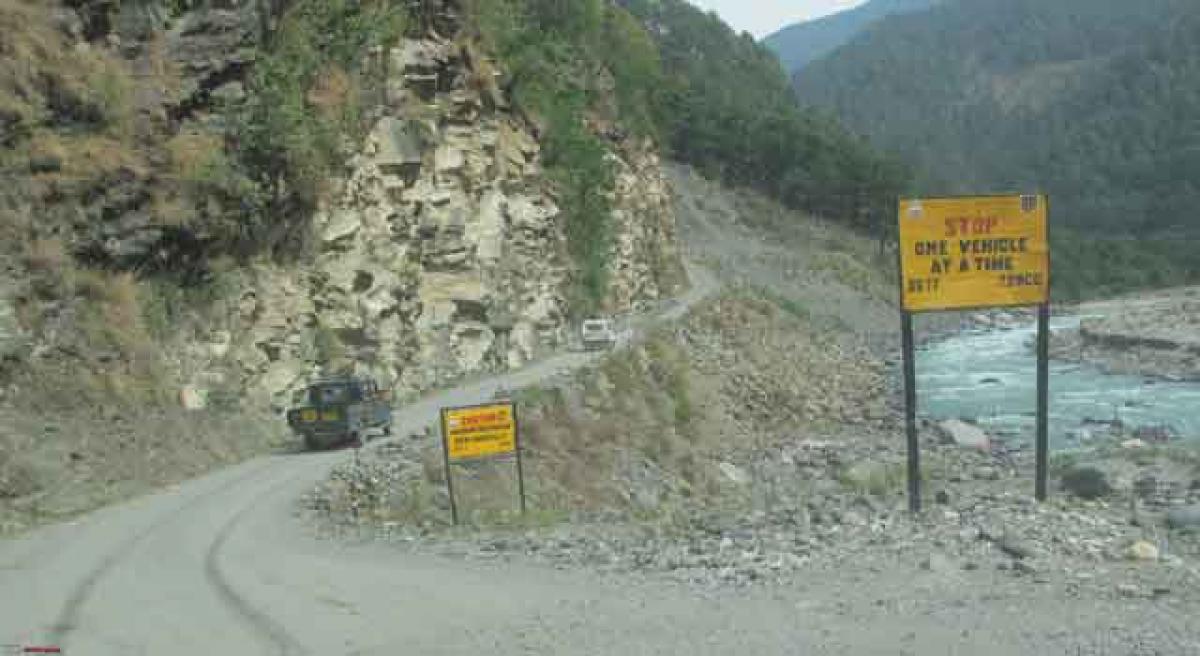 A few years ago I had come across on the internet about a hidden valley in Uttarakhand - the Nelang Valley, which was once an important post on the old trade route between India and Tibet. However, when further enquiries revealed that the valley has been closed to civilians since the 1962 Indo-China war, I had to abandon my plans of visiting the place.

A few years ago I had come across on the internet about a hidden valley in Uttarakhand - the Nelang Valley, which was once an important post on the old trade route between India and Tibet. However, when further enquiries revealed that the valley has been closed to civilians since the 1962 Indo-China war, I had to abandon my plans of visiting the place.

“Even the villagers were shifted out of the valley and Indo-Tibetan Border Police checkpoints were set up in the villages,” I was told. Hence, when I read in the newspapers that since May 2015, the picturesque Nelong Valley near the India-China border has been reopened for tourists, I decided to go there at the first available opportunity.

At an altitude of 11,500 feet, Nelong Valley, a cold desert and is home to the fabled snow leopard. Situated at Gangotri National Park, the valley looks like a replica of Tibet and offers a panoramic view of the Tibetan plateau, is a scenic delight complemented by rich wildlife of endangered species like Himalayan blue sheep, snow leopard and musk deer.

Nelang Valley tucked in the tranquil Indo-China border was closed since Indo-China war in 1962. The picturesque valley has been re-opened for civilians from 2015. The scenic valley is the perfect getaway for the tourists

One bright and a blooming morning of May, we reached Uttarkashi town and after completing the mandatory official formalities (permit from the sub-divisional magistrate, fitness certificate from registered physician) set out for Bhaironghati, located about 100km away from Uttarkashi town.

The drive from Bhaironghati along the fair-weather road off the national highway to Gangotri was really interesting- steep, deep gorges and a jade blue river meandering in the valley down below. In fact, we were thankful to have left the Gangotri highway, crammed up with intense pilgrim traffic.

“Jaad Ganga originates from Janak Taal, associated with King Janak.” He explained and further added, “We are called Jadh by virtue of us residing on the banks of Jaad Ganga.” I had been hearing all along the valley the names like Kopang, Karcha, Sumla, Dumku, etc (to name a few) that had apparent Tibetan influence. Our guide too had introduced himself as Kartong.

So I was bewildered when a starkly Hindu name “Janak” suddenly surfaces. And Janak is no any ordinary name; he is the father of Queen Sita of Ramayana!

“How was King Janak related to this place?” I asked, still in a disbelieving mode.

“He did penance on the shores of the lake,” he said.

The reply satisfied me. And somehow a mountainous region starts looking a lot more personal when one imagines a small human representation in its list of ancient inhabitants; some ancient tribe living in perfect harmony with nature. Hearing Kartong, I could recall seeing Janak Taal on Google Earth imagery – a beautiful blob of blue, which had been a fountainhead of faith for a small tribe of people for centuries.

From Kartong, I further came to know that the Jadhs used to migrate downstream of Bhagirathi in winters and used to trade their Tibetan goods there, thus inviting the right of revenue taxation by the state of Garhwal.

Similarly in summers, they headed to “Chaprung” district of Tibet when they used to trade in Indian goods with the Tibetans, thus inviting taxation from the Dzongpen of Chaprung! The Jadhs, Kartong told me, in spite of their Bhotiya origins, have elements of Garhwali culture and ethnicity.

They have the Garhwali Rajput surnames like Negi, Rana and Panwar. Even though they follow Buddhist festivals and rituals of worship; the legend of King Janak and Hindu festivals like Pandav Lila continues to live on in the Jadh consciousness. The lake too continues to be called Janak Taal.

The Nelang Valley has remained mysterious and obscure for a long time because of the difficulty in accessing it from the Bhagirathi Valley, the tall walls of the Nelang Gorge at Bhaironghati barring the way.

True, the Indian government has opened it to boost tourism in the region, but due to the delicate nature of relations with China, one never knows when the decision might get reversed. So, go and have a look while it is still open.