Tales of the Caribbean 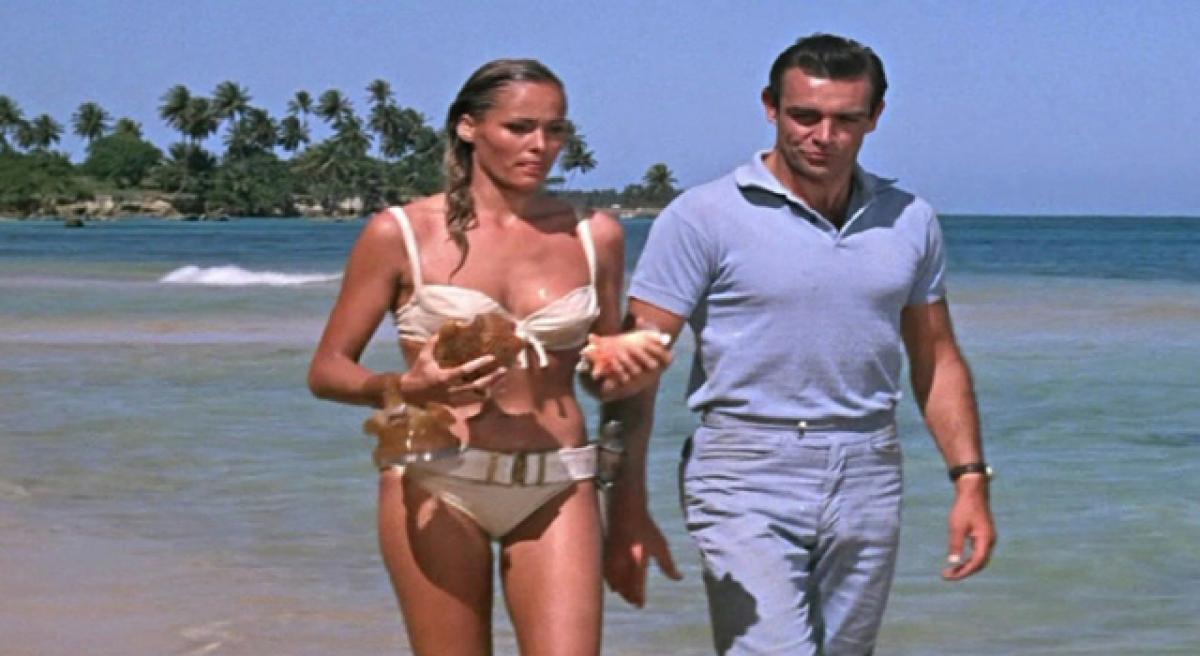 The Caribbean, for most of us, brings to the mind a once invincible cricket team, holiday cruises, voodoo, pirate yarns, rum, reggae, Rastafarians – and these days, tax havens. But there is more to this arc of islands stretching between the American continent and forming an eastward boundary to the Caribbean Sea

The Caribbean, for most of us, brings to the mind a once invincible cricket team, holiday cruises, voodoo, pirate yarns, rum, reggae, Rastafarians – and these days, tax havens. But there is more to this arc of islands stretching between the American continent and forming an eastward boundary to the Caribbean Sea – an exotic setting for a range of engrossing fiction featuring a globe-trotting reporter with a trademark quiff, the British agent licensed to kill and other spies, a spinster detective and more.

One of the world's most beautiful regions, the Caribbean is also among the most diverse, not only in terrain and climate, but also politically, demographically and developmentally. This is mainly due to their history when the various islands were under various European powers (Spanish, British, French, Dutch, Danes, Swedes) after Christopher Columbus landed on one in 1492, and then some on different sides during the Cold War.

Then the indigenous population was much decimated especially by the diseases the Europeans brought, and replaced by slaves from West Africa, and later supplemented by Indians, Chinese, Lebanese and Syrians.
Although there is a thriving literary tradition with notables (even if they worked elsewhere) like Nobel Prize winners poet Sir Derek Walcott (St Lucia) and writer Sir Vidia S Naipaul (Trinidad and Tobago), and the Booker's latest winner Marlon James (of Jamaica), the region's depiction in prominent, popular literature is mostly by outsiders – save one prominent resident.

If we largely leave the huge hoard of pirate stories, and confine ourselves to the 20th century, though keeping to the other tropes associated with the region (listed above), among the first would be British author Dennis Wheatley's ‘Strange Conflict’ (1941).

Wheatley, remembered as a writer of the occult, though it permeates only a small amount of his corpus – but the most known, however, is a riveting tale of high adventure, suspense and thrills, though with the casual racism of its era.

It is early into the Second World War and the British are concerned about the Germans finding out locations of merchant convoys. A high official discusses the matter with Duke De Richleau, who convinces him to try a supernatural solution.

The Duke and his friends find out that a powerful witch doctor somewhere in the Caribbean is finding the information through astral experiences, and set out for Haiti to tackle him. But for this, they will have tackle poltergeists, zombies, earthly assailants, and even the Greek god Pan, while struggling to remain awake - to prevent being overcome astrally.

The Caribbean's lush scenery and bloody history is evoked well in the 11th and 12th volumes of the popular Tintin series. Georges Prosper Remi alias Hergé, who resorted to pure imaginative story-telling bereft of political connotations (like his earlier works) while Belgium was under German occupation, crafted a rousing story adventure in ‘The Secret of the Unicorn’ (1943), where Tintin's friend Captain Haddock discovers the journal of an ancestor who bested some vicious pirates and stole their treasure, and ‘Red Rackham's Treasure’ (1944) where our heroes go to find it.

But the most famous character created in the Caribbean is James Bond, with Ian Fleming writing the books at his Jamaica home ‘Goldeneye’ on his annual holiday, and setting three in the region – though this is not always brought out in their cinematic versions.

The very second ‘Live and Let Die’ (1954) has the latter part happening in Jamaica. So is a major part of ‘Dr. No’ (1958), while the climax of ‘Thunderball’ (1961) takes place off the Bahamas, and is followed by the Somerset Maughmish-story ‘Quantum of Solace’ from short story collection ‘For Your Eyes Only’ (1960) told to Bond by the Governor in Nassau. The title story also has a Caribbean connection. ‘Octopussy’ from ‘Octopussy and The Living Daylight’ (1966) is also set in the region.

Graham Greene uses Batista-era (pre-Fidel Castro) Cuba for his subtle parody on intelligence ‘Our Man In Havana’ (1958), where a British vacuum cleaner salesman tries to make more money by providing intelligence (all made-up), including "rocket parts" (The Cuban Missile Crisis was still years away). ‘The Comedians’ (1966) portrays the oppression and terror in Francois "Papa Doc" Duvalier's Haiti, with his notorious Tonton Macoutes secret police.

Agatha Christie's Miss Marple, vacationing on the (fictional) St Honore, suspects and solves a fiendish series of murders in ‘A Caribbean Mystery’ (1964), but the setting doesn't play much of a role and it could have been set on any resort. Better is Evelyn Anthony's romantic Cold War thriller ‘The Tamarind Seed’ (also a noted film starring Omar Sharif and Julie Andrews) where quite a bit of action takes place on Barbados.

There is much more, like the final episode of Frederick Forsyth's ‘The Deceivers’ (1991), but for a grand, fictionalised historical narrative, none can beat James Michener's ‘Caribbean’ (1989).