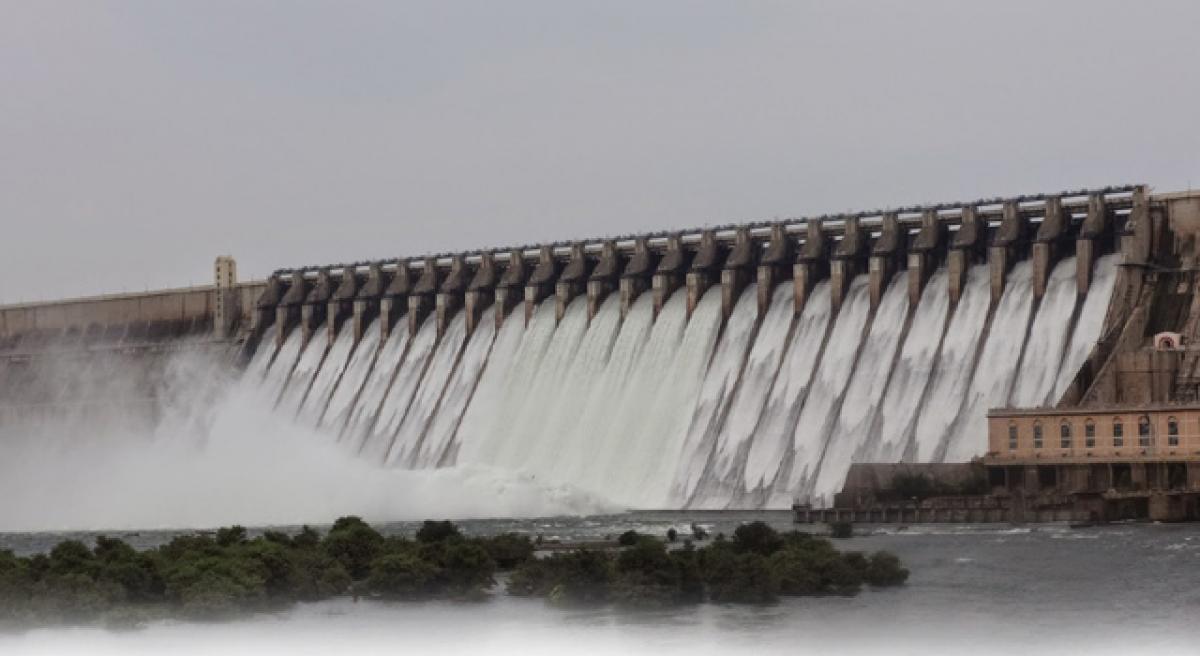 Renowned literary and social historian Suravaram Pratapa Reddy records that Srinatha, the 14th century poetic giant, had lived long in the Krishna delta and relished the menu with fine rice meal and delicacies of various tastes.

Renowned literary and social historian Suravaram Pratapa Reddy records that Srinatha, the 14th century poetic giant, had lived long in the Krishna delta and relished the menu with fine rice meal and delicacies of various tastes.

But eventually when the poet had to spend some time in Palnad, so notoriously arid then, he couldn’t relish the local coarse Zonna food or the overall environs; and had a tough time in drawing water from the depths of the wells. In revulsion, the poetic giant bawled Palnad out.

Five centuries later, it was left to celebrated poet Gurram Jashuva to wittily turn the tables at Srinatha, thanks to the fruition of the Nagarjuna Sagar Dam (NSD).

‘Not a shop in the town, no meal of rice, no cleanliness,
Not a pretty damsel here’ – so you indicted in the yore;
But tell us, can you say the same thing now?
No, instead, you would indite in your poesy like Naishadham,
‘Every belle here is a heroine like Damayanti;
Every mouthful of rice meal, a golden feast!’
Swelling up atop the Nandi Hill, with a melodious sound
The Krishna overflows to grant bounties to the Telugu fields.
Boastful of your diction, bravo, how fulsome you cursed our Palnad!
The fields of millet you scoffed at are now reaping golden harvests.

The poetic effusion of Jashuva, an inhabitant of Palnad himself and who was a witness to the construction of the NSD, captures the zeitgeist. During the excavation a large number of ancient Buddhist monuments were unearthed; and the Dam was most aptly named after the great Buddhist preacher and polymath – Acharya Nagarjuna. Jashuva goes down the memory lane and pays rich tribute to Nagarjuna and his stupendous services, in what is a continuum of history.
Oh noble sage Nagarjuna! Many an era has passed
Since the times of the land you developed.
Thanks to the grace of your vows, the orchard of your arts
Has flowered and fruited now in the greater Andhra land
Spreading happiness among one and all.

You founded a university here in the forests of the Nandi Hills;
You built edifices galore – promenades, shrines and reliquaries;
You recruited the students from Takshasila and Nalanda universities;
You taught the medicos the nuances of Ayurveda in varied ways.
Centuries and centuries of time has slid past,
Yet the halo of your fame hasn’t faded a whit even today.
Now, in the very land where you trod,
Has finally come up the awesome Sagar spring.

Jawaharlal Nehru, the then Prime Minister and a poet at heart, who laid the foundation (on Dec 10, 1955) was euphoric enough, considering the role envisioned for the NSD in ushering in the Green Revolution in the country and doing away foreign dependence for food grains. He declaimed: “This is a stepping stone for India’s prosperity and a symbol of the series of modern temples taken up.”

And when he visited the project site for a second time on October 12, 1959, to inaugurate the airstrip,it is said that farmersliving at the damsite volunteered to give up their lands ‘since they were asked to do so by none other than Nehruji’ (The Hindu, Dec 10, 2005).

In the presence of Nehru at the site, when K Brahmananda Reddy, the then Chief Minister, inquired of the workers about their wages, they replied it was 75 paise a day, and Reddy remarked it was a good amount.

When they were enraged, Nehru intervened and suggested a raise to Rs 1.25 a day.

Reverting to Jashuva, let us see how evocatively he describes the course and bounty of the river –
Originating as a rivulet in the west in the Bombay province;
Joined in and braced by tributary-mates on the way;
Casting an eye on the billowy prince afar;
Slaking the thirst of each and everyone that approaches her;
Sweeping away drought and famine;
Letting not her nubility sag,
And rejuvenated with prayers offered to her every duo-decade;
Giving away everything to all the denizens in its valley;
And expecting nothing in return – That is the great Krishna River
Resolutely transformed into the Nagarjuna Sagar.

To put the matter in perspective, Jashuva juxtaposes the ordeals of the farmers and the people in the pre-project eras and the newfound hopes and expectations of his times.

Those groaning under starvation;
Those eking out their living by migrating to alien lands;
Those grieving ‘Alas! Alas!’ for not getting
Even one-fifth of a kilo of grains per acre of crop;
Those dithering about, left with nothing but the immediate clothes on,
Having had to sell away their homes and hearths to pay the taxes;
Those sobbing on seeing that the corn-ears that have flowered
Have come to wither in the absence of rain –
All these souls live but in your proximity.
They see you eyeful, steady themselves, and turn joyful,
Oh Nagarjuna Sagar! You will receive their daily worship.

He continues the poignant representation, only to heave a final sigh of relief –

The farmers watered their fields
With their nonstop blood, sweat and tears;
They somehow paid the taxes
By pawning whatever little they had;
Our cattle not getting enough fodder
Emaciated and barely subsisted;
Our folks dug series of wells
Deep into the earth every year
Just for a potful of water.
Now, you have stepped in
To raise bumper crops and stamp out our woes,
You the bountiful Sagar reservoir!

Jashuva marvels at the conception, design and execution of the stupendous NSD project –
A solid hill has been broken down, and a tunnel dug through
Making the Krishna surge up and holding us athrill.
This scientific marvel of human excellence defying any description
Makes even the tongue-less hills hail it,
By riveting its ripe heart and surveying the scene.

Now let us have a glance at the highlights, distinctions and sidelights of the NSD project.

“At any point of time during its construction from 1955, not less than 50,000 labourers worked on the dam,” chronicles Nagarjunasagar.org.

“The human labour that went into the dam for 15 years made it the world’s highest masonry dam with a volume three times that of all the pyramids in Egypt put together.”

“In all, 162 persons died during construction, including eight engineers.”

The NSD inspired Gamal Abdel Nasser, President of Egypt, to build the Aswan Dam across the Nile.

Today Andhra rice is exported even to Myanmar from a condition where the farmers could not afford one square meal a day.

The paddy boom is such that as many as 50 rice mills have come up at Miryalaguda, the largest number at any single place in Asia.

Besides the power generation with an installed capacity of 960 MW, drinking water is supplied to as many as 1,000 villages besides cities and towns like Hyderabad, Nalgonda, Miryalaguda, Guntur, Ongole and Chilakaluripet.

Achievements like the above need to be recorded and perpetuated for the benefit of the posterity. That’s why many a poet and artist have rightly held a mirror to the contemporary milieus. Poet-artist Adivi Bapiraju too sang about the Krishna in the same spirit, with a conviction that rivers bring out the glory of culture.

The Godavari and the Krishna, though originate in the Western Ghats of Maharashtra, are essentially Telugu rivers, according to Oswald Couldrey – the then Principal and Art Professor, Rajahmundry Arts College, and teacher of Bapiraju, for the influence of these rivers on the Telugu land is far too pronounced.

Returning to the NSD site, Jashuva, the comprehensive poetic seer that he was, recognised the value of the workforce. Says he in glowing terms –

Evident is the talent of engineers
In every aspect of the project,
In the hydroelectric machinery,
And in the erection of modern edifices.

In deference to the above sentiment, the site stands as a testimony to the services of engineer-statesman Dr KL Rao and chief engineer Mir Jaffer Ali through their statues installed over there.

When such a confluence of noble ideals inspirits the unique NSD, how can anyone be sceptical about its strength and durability? In spite of the wear and tear all these years, the dam is strong and solid. Asserts chief engineer Y Abdul Basheer, “It will have at least a 1,000-year lifespan.” Tathastu!