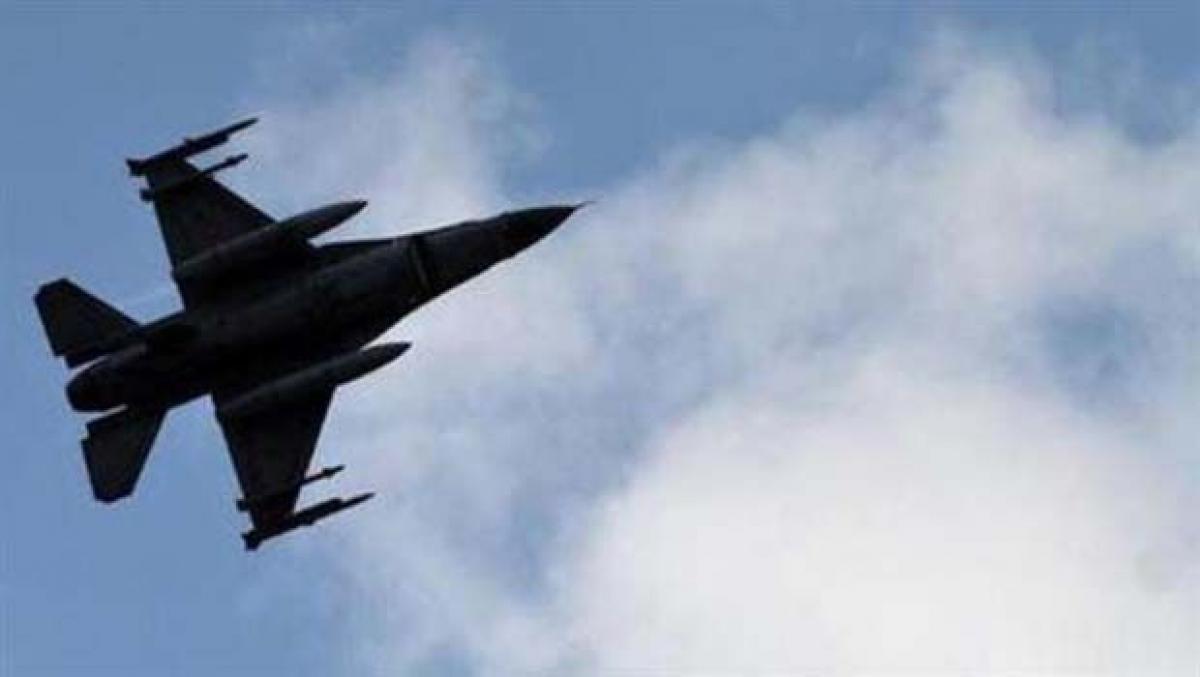 Hundreds of Iranian troops have arrived in Syria to join a major ground offensive on behalf of President Bashar al-Assad\'s government, sources said on Thursday, a further sign of the rapid internationalisation of a civil war in which every major country in the region has a stake.

Hundreds of Iranian troops have arrived in Syria to join a major ground offensive on behalf of President Bashar al-Assad's government, sources said on Thursday, a further sign of the rapid internationalisation of a civil war in which every major country in the region has a stake. Russian warplanes bombed a camp run by rebels trained by the CIA, the group's commander said, putting Moscow and Washington on opposing sides in a Middle East conflict for the first time since the Cold War.
The US and Russian militaries will hold talks at 11 a.m. EDT (1500 GMT) via video link to seek ways to keep their militaries apart as they wage parallel campaigns of air strikes in Syria, a U.S. defence official said.
Russian jets struck targets near the cities of Hama and Homs in western Syria on the second day of their surprise air campaign, which they launched on Wednesday.
Moscow said it had hit Islamic State positions, but the area where it struck is held by a rival insurgent alliance, which unlike Islamic State is supported by US allies including Arab states and Turkey.
Hassan Haj Ali, head of the Liwa Suqour al-Jabal rebel group, told Reuters one of the targets was his group's base in Idlib province, struck by around 20 missiles in two separate sorties. His fighters had been trained by the CIA in Qatar and Saudi Arabia, part of a programme Washington says is aimed at supporting groups that oppose both Islamic State and Assad.
"Russia is challenging everyone and saying there is no alternative to Bashar," Haj Ali said. He said the Russian jets had been identified by members of his group who once served as Syrian air force pilots.
Two Lebanese sources told Reuters hundreds of Iranian troops had reached Syria in the past 10 days with weapons to mount a major ground offensive. They would also be backed by Assad's Lebanese Hezbollah allies and by Shi'ite militia fighters from Iraq, while the Russians would provide air support.
"The vanguard of Iranian ground forces began arriving in Syria: soldiers and officers specifically to participate in this battle. They are not advisers ... we mean hundreds with equipment and weapons. They will be followed by more," one of the sources said.
SAME ENEMIES, DIFFERENT FRIENDS
Russia's sudden decision to join the war with air strikes on behalf of Assad, as well as the increased military involvement of Iran, could mark a pivotal turning point in a conflict that has drawn in most of the world's military powers.
With the United States leading an alliance waging an air war against Islamic State fighters, the Cold War superpower foes Washington and Moscow are now engaged in combat over the same country for the first time since World War Two.
They say they have the same enemies - the Islamic State group of Sunni Muslim militants who have proclaimed a caliphate across eastern Syria and northern Iraq.
But they also have very different friends, and sharply opposing views of how to resolve the 4-year-old Syrian civil war, which has killed more than 250,000 people and driven more than 10 million from their homes.
Washington and its allies oppose both Islamic State and Assad, believing he must leave power in any peace settlement.
Washington says a central part of its strategy is building "moderate" insurgents to fight against both Assad and Islamic State, although so far it has struggled to find many fighters to accept its training.
Moscow supports the Syrian president and believes his government should be the centrepiece of international efforts to fight extremist groups.
It appears to be using the common campaign against Islamic State as a pretext to strike against groups supported by Washington and its allies, as a way of defending a Damascus government with which Moscow has been allied since the Cold War.
The Russian strikes represent a bold move by President Vladimir Putin to assert influence beyond his own neighbourhood: it is the first time Moscow has ordered its forces into combat outside the frontiers of the former Soviet Union since its disastrous Afghanistan campaign in the 1980s.
GAME CHANGER
In the second day of strikes, Russia said it launched eight sorties with Sukhoi warplanes overnight, hitting four Islamic State targets. However, none of the areas where it said the strikes took place is held by Islamic State.
Al-Mayadeen, a pro-Damascus television channel based in Lebanon, said the jets carried out at least 30 strikes against an insurgent alliance known as the Army of Conquest. The alliance includes the Nusra Front, al Qaeda's Syrian branch, but not Islamic State.
The Russian and Iranian intervention in support of Assad comes at a time when momentum in the conflict had swung against his government and seem aimed at reversing insurgent gains.
"The Russian strikes are a game changer. Damascus is off the hook," a diplomat tracking Syriasaid.
The Army of Conquest in particular has been advancing against government forces in northwestern Syria, supported by regional countries that oppose both Assad and Islamic State.
Russia says its air strikes, unlike Washington's, are legitimate because they have Assad's blessing, and more effective because they can coordinate with government forces to find targets.
Russia's defence ministry said Sukhoi-24M and Sukhoi-25 aircraft had hit an ammunition depot near Idlib, a three-storey Islamic State command centre near Hama and a car bomb factory in the north of Homs.
The Lebanese news channel said the Russian planes bombed rural areas near the northwestern town of Jisr al-Shughour, which is held by the Army of Conquest. The strikes also hit other areas in Idlib province, including the Zawiya Mountain region, as well as areas in Hama province to the south.
The anti-Assad Orient News channel also said Russian strikes had hit rebel positions in the Hamacountryside.
Insurgent-held Idlib province is of particular strategic importance to the Syrian governmentbecause it is close to Assad's heartland on the Mediterranean coast, where Russia also has its only Mediterranean naval base.
A Syrian military source said on Thursday that Russian military support would bring a "big change" in the course of the conflict, particularly through advanced surveillance capabilities that could pinpoint insurgent targets.
Show Full Article
Email ArticlePrint Article
More On
Subscribe
Subscribed Failed...
Subscribed Successfully...