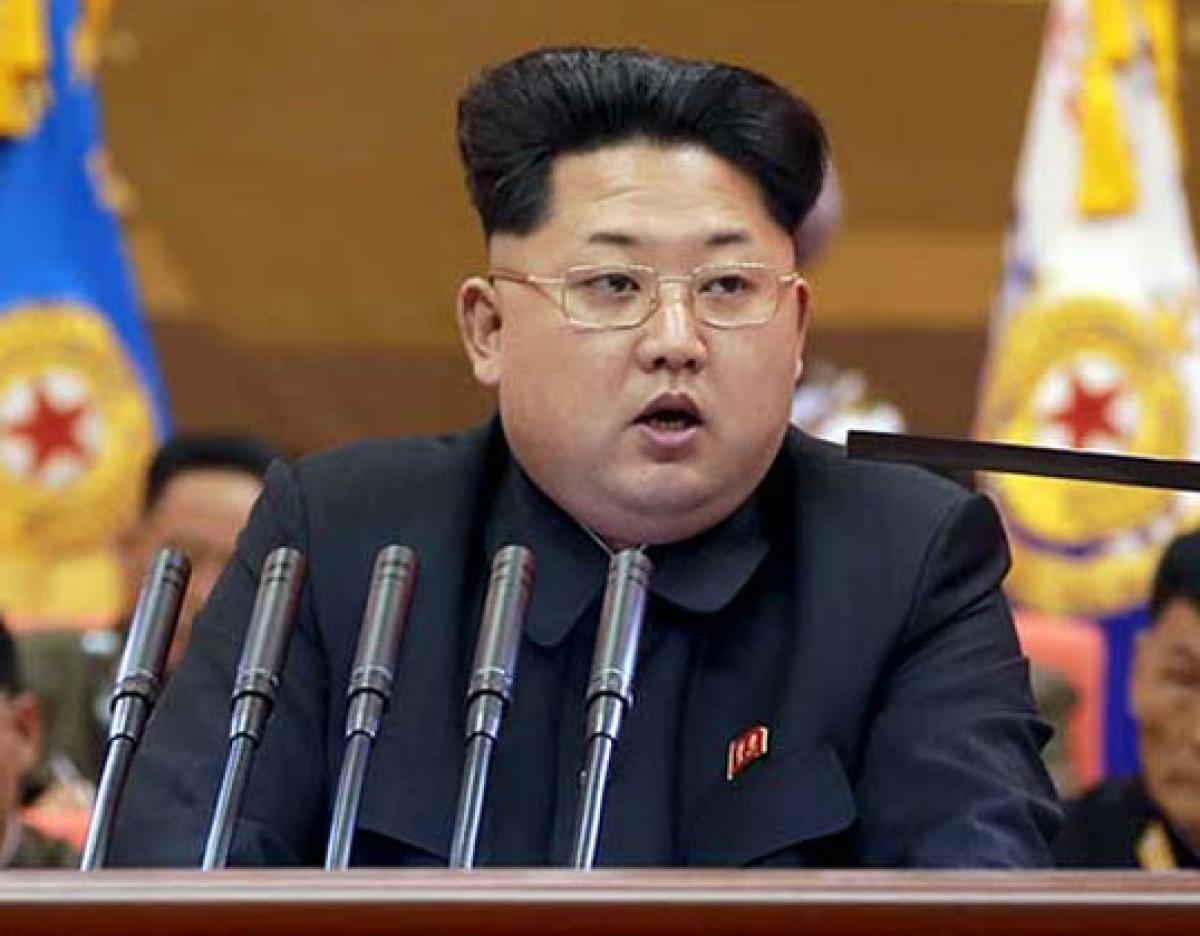 North Korea Leader Says Forces Ready To Fight Any War With US. North Korea\'s leader Kim Jong-Un said today his country could fight in any war provoked by the United States, as he presided over a vast military parade to mark the 70th anniversary of the ruling Workers\' Party.

Pyongyang, North Korea: North Korea's leader Kim Jong-Un said today his country could fight in any war provoked by the United States, as he presided over a vast military parade to mark the 70th anniversary of the ruling Workers' Party. "Today, our party dauntlessly declares that our revolutionary armed forces are capable of fighting any kind of war provoked by the US and we are ready to protect our people and the blue sky of our motherland," Kim said during a 30-minute speech.
North Korea often boasts of its "nuclear deterrence", accusing the US of seeking to start a war of aggression.
The country has conducted three nuclear tests and threatened a fourth as part of a nuclear weapons and missile programme that it has pursued through a barrage of international sanctions.
He used most of the speech to stress the unity between the North's 24-million strong population and the Workers' Party of Korea, which has been under the control of the Kim dynasty since its formation in 1945.
He heaped praise on the people, calling them as "the source of the miracle" which made it possible for the country to turn itself from a backwater into what he called a "powerful socialist state which is independent and self-reliant in defence."
"The Workers' Party of Korea is an invincible party which forms a coherent whole with the people", he said.
Show Full Article
Email ArticlePrint Article
More On