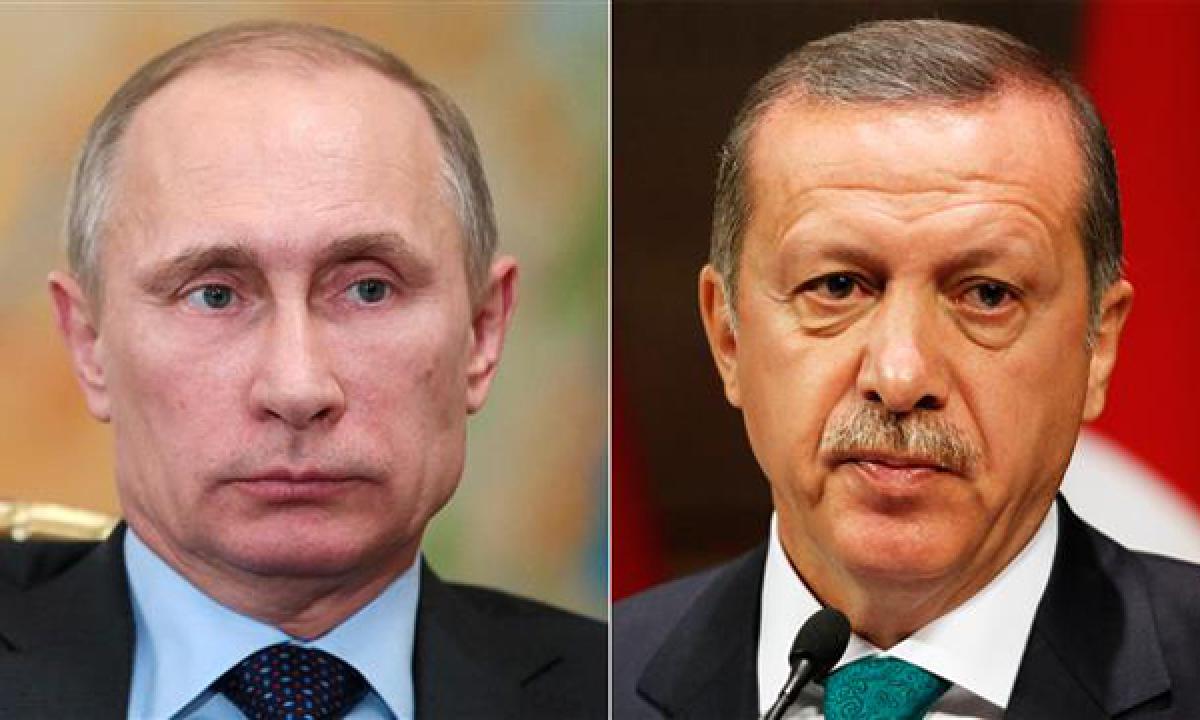 Turkish President Recep Tayyip Erdogan said on Monday he spoke to Russia-'s Vladimir Putin and they both agreed the assassination of Russia-'s...

Turkish President Recep Tayyip Erdogan said on Monday he spoke to Russia's Vladimir Putin and they both agreed the assassination of Russia's ambassador to Ankara Andrei Karlov by a gunman was an act of provocation by those looking to harm relations their countries.

In a video message broadcast on Turkish television, Erdogan said Turkey-Russia relations were vital for the region and those who aimed to harm ties were not going to achieve their goals.

The Russian ambassador to Ankara was shot in the back and killed while giving a speech at an art gallery on Monday. Turkish security sources said the gunman, who shouted "Don't forget Aleppo", was an off-duty police officer.

The assassination of an ambassador, not least of a major power such as Russia, marks a dangerous escalation of tension in the region and beyond. Security sources said he was off duty and some witnesses said there was no security scanning machine at the entrance.

The attacker was smartly dressed in black suit and tie and stood, alone, behind the ambassador as he began his speech at the art exhibition, said a person at the scene.

"He took out his gun and shot the ambassador from behind. We saw him lying on the floor and then we ran out," said the witness, who asked not to be identified. People took refuge in adjoining rooms as the shooting continued.

Russia is an ally of Syrian President Bashar al-Assad and its air strikes helped Syrian forces end rebel resistance last week in the northern city of Aleppo. Turkey, which seeks Assad's ouster, has been repairing ties with Moscow after shooting down a Russian warplane over Syria in 2015.

The gunman was killed by special forces. Three other people were injured.