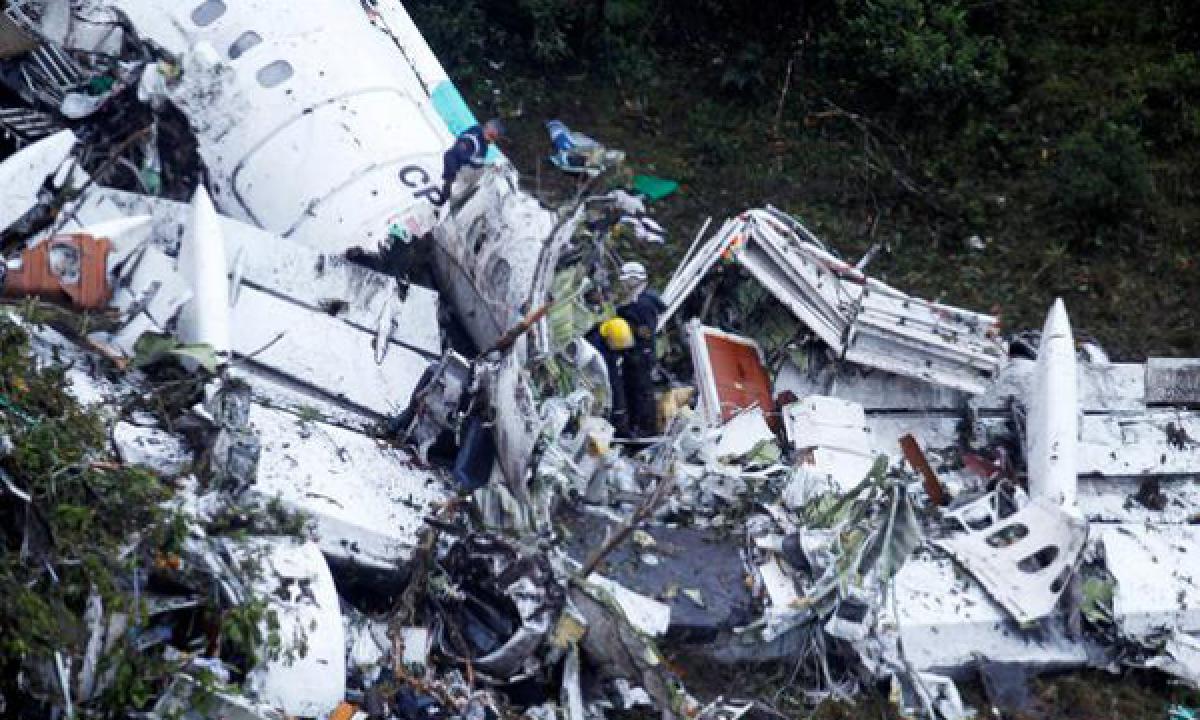 The Bolivian airline that owned the airplane that crashed in Colombia, killing 71 people including most of a Brazilian football team, is fully...

The Bolivian airline that owned the airplane that crashed in Colombia, killing 71 people including most of a Brazilian football team, is fully responsible for the accident, an official has said. The Bolivia-based LaMia airlines plane slammed into the mountains outside Medellin on November 29, killing most of Brazilian football team Chapecoense Real as they travelled to a match.

"The evidence is conclusive, the direct responsibility of this event falls on the pilot and the airline company," Public Works and Services Minister, Milton Claros said at a press conference on Tuesday .

A harrowing recording has emerged of the pilot radioing the control tower to report he was out of fuel. Six people survived the crash. Investigations are ongoing, but Colombia's civil aviation safety chief has said the plane disregarded international rules on fuel reserves.

Bolivia has suspended the airline's permit and arrested its manager and his son, who is an official in the civil aviation authority. Claros said administrative and criminal sanctions were being drawn up against Bolivian airport official, Celia Castedo. Other civil aviation officials will also face sanctions, he said.

Castedo, who fled to Brazil claiming persecution, has "direct responsibility" for authorising the flight and for notifying her superiors of the flight's problems one day after the accident via e-mail, Claros said. On December 17, an attorney for the plane's co-pilot said that pilot Miguel Quiroga had not completed the training hours required to operate a commercial flight.