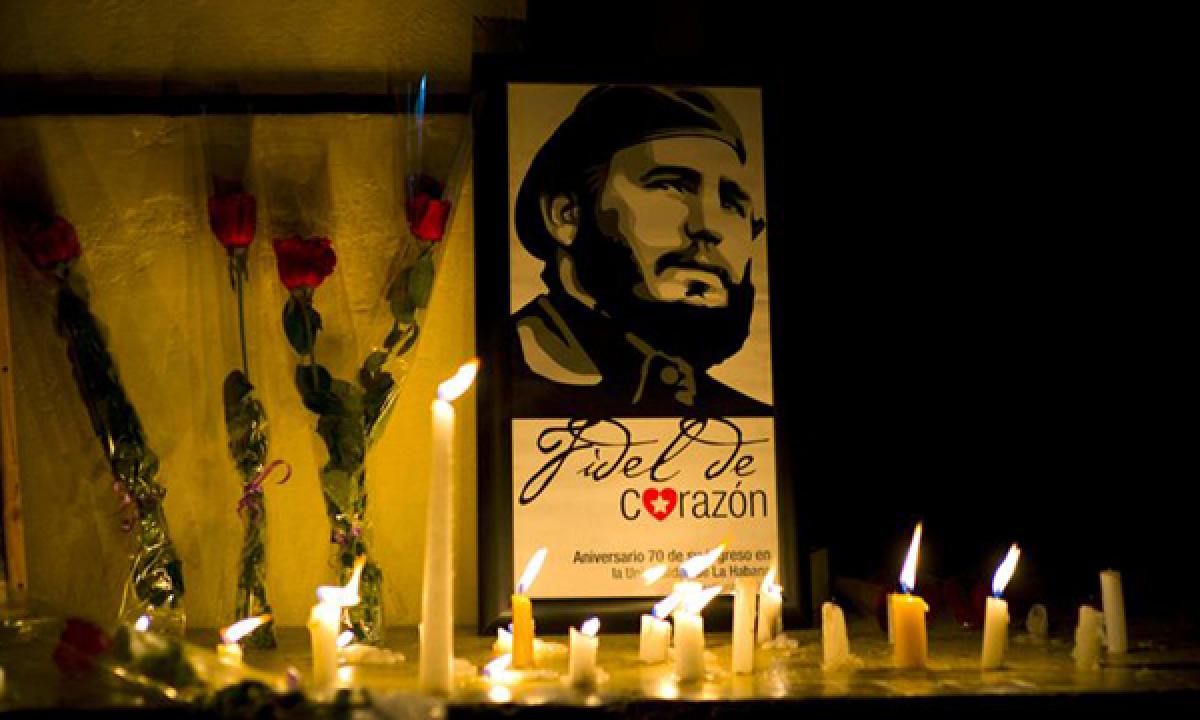 Paying tributes to Cuba\'s late leader Fidel Castro, India said Cubans have achieved notable success in education and healthcare under his leadership despite outside pressures and Havana\'s struggle for the global south brought it and the Caribbean island nation together. \"Fidel Castro indeed towered on the global stage. Under his leadership the people of Cuba achieved notable development successes

United Nations:Paying tributes to Cuba's late leader Fidel Castro, India said Cubans have achieved notable success in education and healthcare under his leadership despite outside pressures and Havana's struggle for the global south brought it and the Caribbean island nation together.

"Fidel Castro indeed towered on the global stage. Under his leadership the people of Cuba achieved notable development successes in areas such as education and healthcare, despite outside pressures," India's Permanent Representative to the UN Ambassador Syed Akbaruddin said at a special commemorative meeting in the General Assembly on Tuesday to pay tribute to the late commander of the Cuban revolution.

Akbaruddin said Cuba gave a "significant voice" for the cause of the global south, and this is what drew India and Cuba together. Over the years, the two nations have worked together closely at the UN to promote the aspects of economic equity and social justice in international relations, he added.

Nearly 30 envoys representing regional groups and nations paid tributes to Castro, who died at age 90, and his indelible legacy during the ceremony, presided over by General Assembly President Peter Thomson. While speakers included Russia, South Africa, Iran and China, there were no representatives from Western nations.

Akbaruddin said Indians learnt about Castro's demise last month "with a sense of loss." Prime Minister Narendra Modi had described Castro as one of the most iconic personalities of the 20th century and had captured the emotions of India's one billion people when he stated that the country mourns the loss of a "great friend", Akbaruddin added.

As a mark of respect to the legendary leader, members of both houses of the Indian Parliament had paid tributes to the late leader.

The Indian envoy told the General Assembly that India was one of the first countries to recognise Castro's government after the Cuban revolution in 1959. "Fidel Castro was a stalwart of the Non Aligned Movement during the Cold War years, when India and Cuba commenced their close partnership to advance the interests of developing countries," Akbaruddin said.

UN Secretary General Ban Ki-moon, in his message on the occasion said, Castro was "one of the most important Latin American leaders of the 20th century" and "the most influential shaper of Cuban history since his own hero, Jose Marti, struggled for Cuban independence in the late 19th century."

The outgoing UN Chief said as president, Castro turned Cuba into a "regional model of access to education and public health" and "until his last days he was deeply concerned about the future of humanity and challenges of the current times."

Lauding Castro's "charismatic and wise leadership," Akbaruddin said India will always "remember and cherish our friendship" with the "strong leader of a resilient nation."