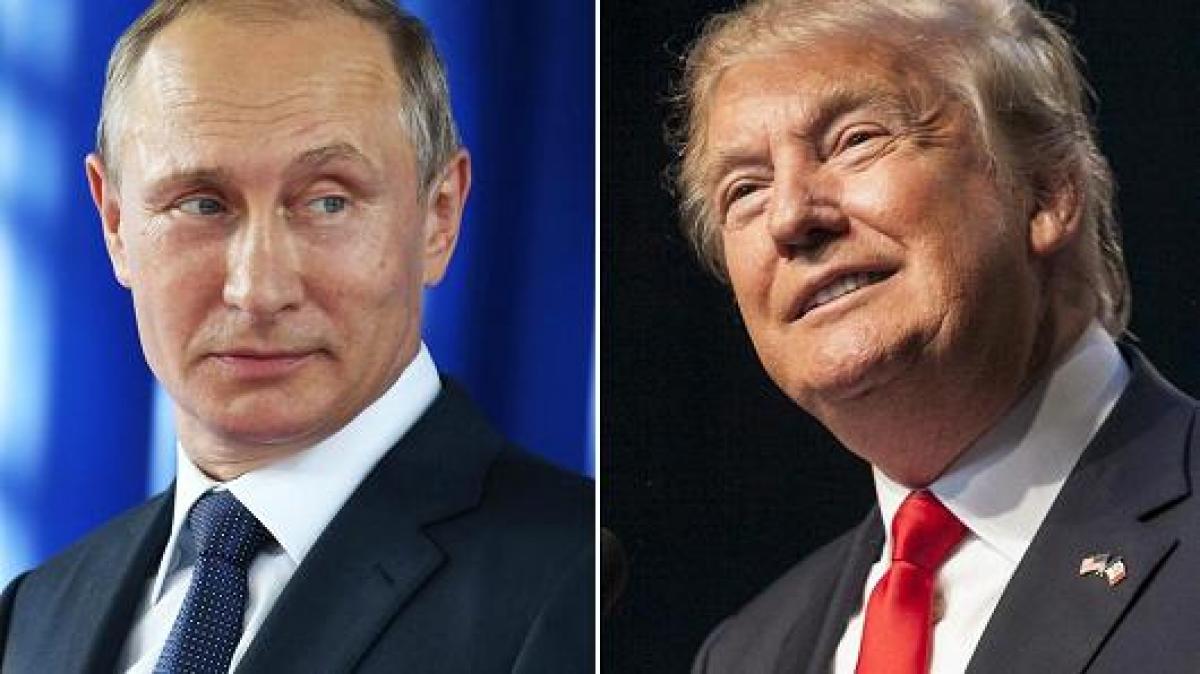 US President-elect Donald Trump today said Russian President Vladimir Putin\'s remarks that the Democrats are looking elsewhere for their defeat in the elections were so true.

Washington: US President-elect Donald Trump today said Russian President Vladimir Putin's remarks that the Democrats are looking elsewhere for their defeat in the elections were "so true".

"Vladimir Putin said today about Hillary and Dems: "In my opinion, it is humiliating. One must be able to lose with dignity." So true!" Trump tweeted.

At his annual news conference in Moscow yesterday, Putin said the Democrats "are losing on all fronts and looking elsewhere for things to blame", The Washington Post reported.
"In my view, this, how shall I say it, degrades their own dignity. You have to know how to lose with dignity," he said.

The Democratic party and the Clinton Campaign have been blaming Russian hacking into their emails and servers for their loss.

Outgoing US President Barack Obama has ordered an investigation into the alleged Russian interference in US presidential elections.

Putin criticised the Democrats for blaming him for their defeat.

"Outstanding figures in American history from the ranks of the Democratic Party would likely be turning in their graves. Roosevelt certainly would be," Putin said.

"Trump understood the mood of the people and kept going until the end, when nobody believed in him... except for you and me," he added.

Earlier yesterday, the Trump Transition Team released a letter from Putin to Trump in which he called for strong bilateral relationship.

"Serious global and regional challenges, which our countries have to face in recent years, show that the relations between Russia and the US remain an important factor in ensuring stability and security of the modern world," Putin wrote.

"I hope that after you assume the position of the President of the United States of America we will be able ? by acting in a constructive and pragmatic manner - to take real steps to restore the framework of bilateral cooperation in different areas as well as bring our level of collaboration on the international scene to a qualitatively new level," said the Russian President.

"Please accept my sincere wishes to you and your family of sound health, happiness, wellbeing, success and all the best," Putin wrote as per the unofficial translation of the letter released by the Presidential Transition Team.

Trump praised the letter, saying a "very nice letter from Vladimir Putin; his thoughts are so correct. I hope both sides are able to live up to these thoughts, and we do not have to travel an alternate path".