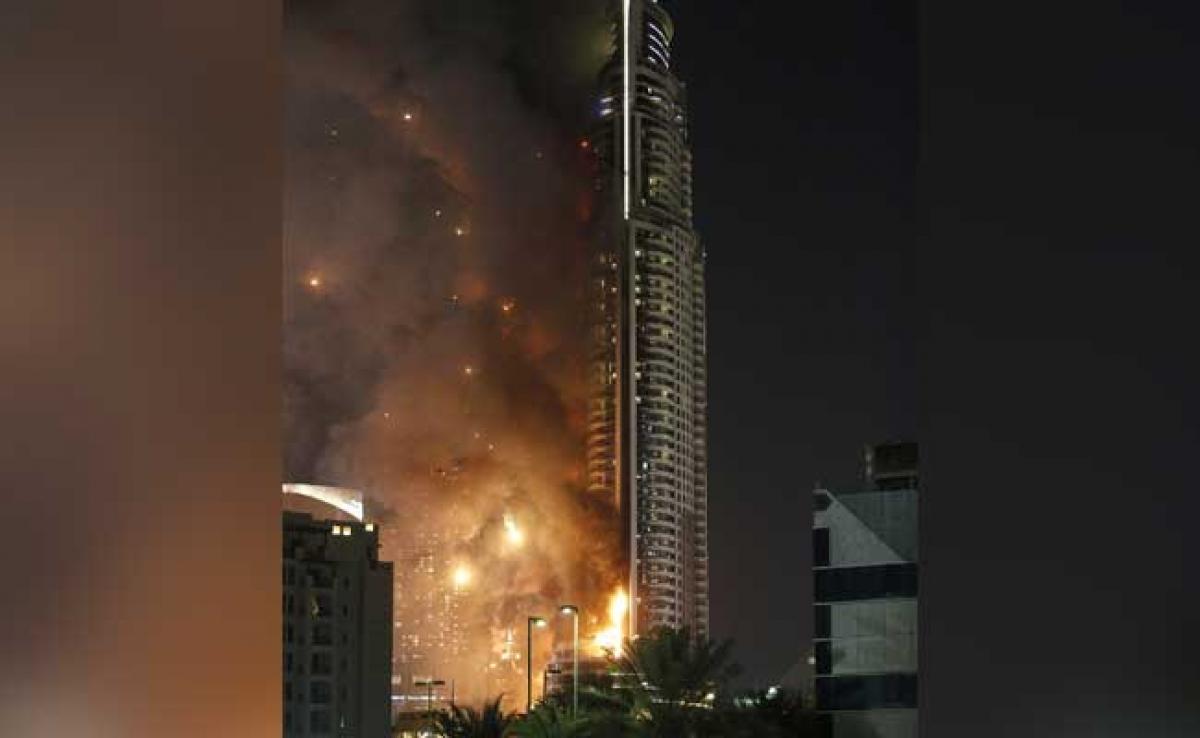 Dubai on Sunday announced tougher fire rules in a bid to minimise risks after several spectacular blazes that have ripped through skyscrapers in the modern Gulf emirate.

Dubai on Sunday announced tougher fire rules in a bid to minimise risks after several spectacular blazes that have ripped through skyscrapers in the modern Gulf emirate. Major fires have hit Dubai high-rises in recent years and spread quickly, mostly due to flammable material used in cladding, a covering or coating used on the side of the buildings.

According to Mr Taher, builders must abide by a new requirement to ensure that the flammability of the cladding is as close to zero as possible.

"There is a requirement to minimise it to zero," Mr Taher said.

Builders will also have to regularly carry out maintenance on the cladding panels and replace them after a certain date, he added.

"There is a timeline for all cladding (and) there is maintainance for everything. By that time they'll have to change it," Taher said.

Dubai has experienced a real estate boom over the years with hundreds of skyscrapers built in the modern city state in a short lapse of time with many tiled with flammable cladding.

Most towers built before 2012 have reportedly used non-fire-rated exterior panels.

Fires have hit several high-rise buildings in the Dubai, famed for its record-breaking skyscrapers.

On New Year's Eve 2015 a huge blaze ripped through the luxury Address Downtown Hotel, injuring 16 people just a few hours before a spectacular fireworks display nearby.

In July last year, a fire broke out at the 75-storey Sulafa tower in Dubai marina, with the flames spreading up quickly at least 15 floors of the building.