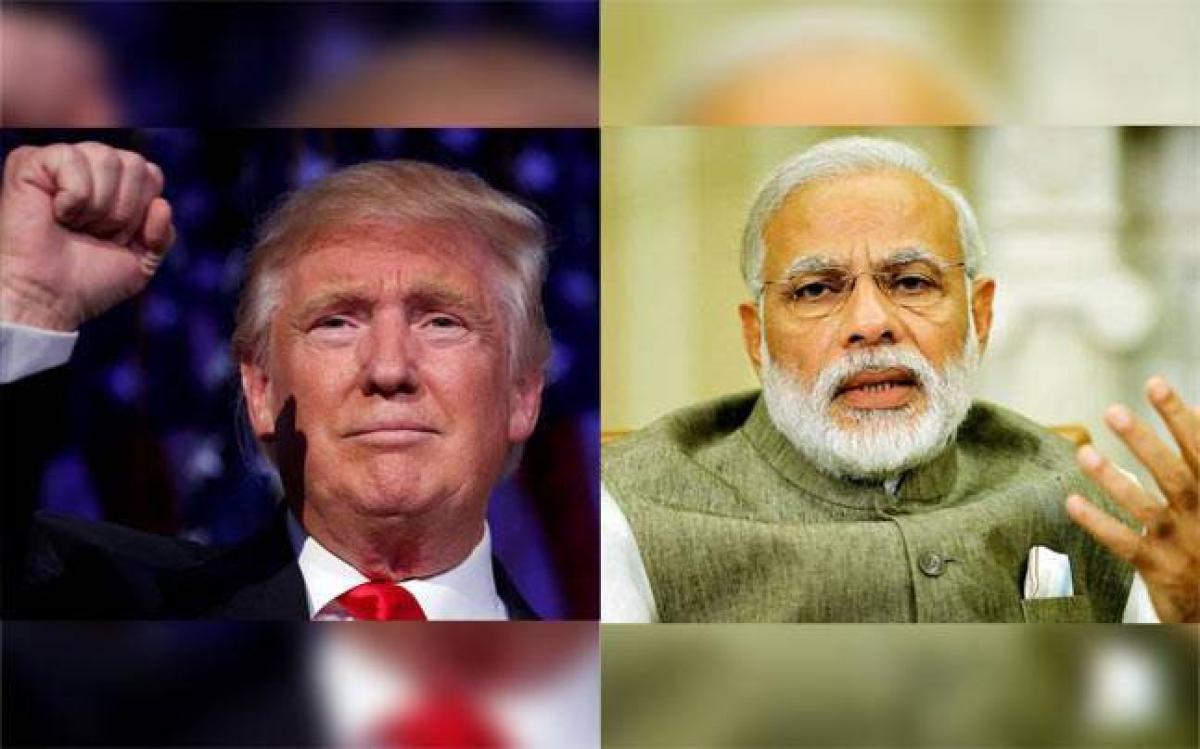 US President Donald Trump will speak to Prime Minister Narendra Modi tonight over phone, the has White House said. -'The President speaks with Indian...

Trump is scheduled to speak with Modi over phone at 1 PM Washington DC time, which is 11:30 PM IST.

With this Modi, would be the fifth foreign leader Trump would have spoken with over phone after being sworn-in as the US President on January 20.On January 21, Trump spoke with Canadian Prime Minister Justin Trudeau and Mexican Premier Pena Nieto. On Sunday, Trump spoke with Israeli Prime Minister Benjamin Netanyahu and yesterday he had a telephonic conversation with the Egyptian President Abdel Fattah el-Sisi.

After Trump surprised the world with his historic victory in the November 8 general elections, Modi was among the first five world leaders to have congratulated Trump.

During his gruelling election campaign, India is among the few countries in addition to Israel with whom Trump spoke of strengthening ties if elected to power.

At a charity event organised by the Republican Hindu Coalition for the Kashmiri Pandit terror victims and the Bangladeshi Hindu victims in Edison on October 15, Trump, as the then Republican presidential nominee, had praised India's fast growth rate and Modi's bureaucratic and economic reforms.

"Under a Trump Administration, we are going to become even better friends, in fact I would take the term better out and we would be best friend," Trump had told a cheering crowd of Indian-Americans in Edison, New Jersey.

"We are going to have a phenomenal future together," Trump had said and praised Modi for taking India on fast track growth with series of economic reforms and reforming the bureaucracy, which he said is required in the US too.

"I look forward to working with Prime Minister Modi," he had said, adding that the Indian leader is very energetic. "India is key and a key strategic ally," he had said.