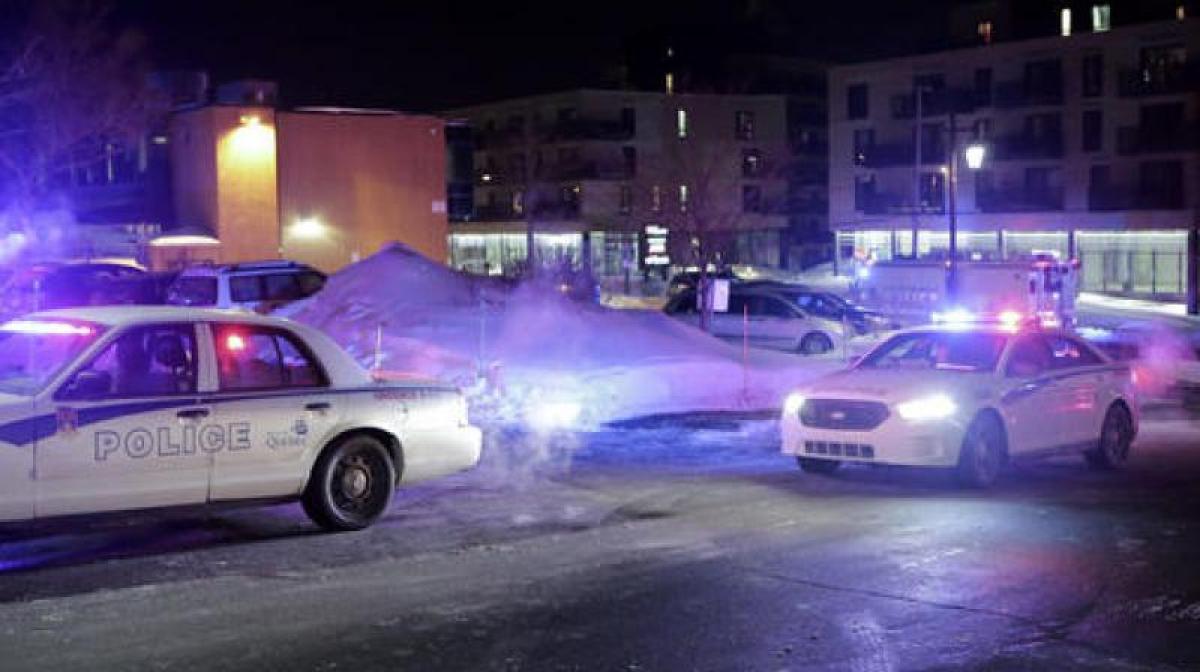 Six people died and eight were injured after gunmen opened fire at a Quebec City mosque, a shooting that Canadian Prime Minister Justin Trudeau condemned on Monday as a \"terrorist attack.\"

Six people died and eight were injured after gunmen opened fire at a Quebec City mosque, a shooting that Canadian Prime Minister Justin Trudeau condemned on Monday as a "terrorist attack."

Police spokeswoman Christine Coulombe told journalists that two suspects were arrested following the attack that police were also treating as an act of terrorism.Trudeau said in a statement that "we condemn this terrorist attack on Muslims in a center of worship and refuge."

"Muslim-Canadians are an important part of our national fabric, and these senseless acts have no place in our communities, city and country."

The motive of the attack was not immediately clear. Police quickly set up in the mosque's vicinity. Coulombe said those killed were between ages 35 and 70.

Police did not rule out the possibility of a third suspect who had fled the scene.

"It is heart-wrenching to see such senseless violence," Trudeau said. "Diversity is our strength, and religious tolerance is a value that we, as Canadians, hold dear."

Quebec Premier Philippe Couillard said in a series of Twitter posts that the government was "mobilized to ensure the security of the people of Quebec."

"Quebec categorically rejects this barbaric violence," he wrote. "Solidarity with Quebec people of Muslim faith." Police stationed near the mosque told AFP that they had been preparing for this type of attack "because it's happening all over the world."

"I don't understand why here -- it's a small mosque," said a man who was inside the center at the time of the attack. "It's not Montreal or Toronto."

The mosque has already been the target of hate: a pig's head was left on the doorstep last June during the Muslim holy month of Ramadan.

Other mosques in Canada have been targeted with racist graffiti in recent months.

The attack comes as Canada has vowed to open its arms wide to Muslims and refugees after US President Donald Trump's controversial immigration ban Friday sparked travel chaos and outrage around the world.

Canada will offer temporary residence permits to people stranded in the country as a result of Trump's order, the immigration ministry said Sunday.

"Let me assure those who may be stranded in Canada that I will use my authority as minister to provide them with temporary residency if needed as we have done in the past," Immigration Minister Ahmed Hussen said at a news conference.

Trump has suspended the arrival of all refugees to the US for at least 120 days and barred entry for 90 days to people from seven Muslim-majority countries: Iran, Iraq, Libya, Somalia, Sudan, Syria and Yemen.