Pak: India should look at own 'involvement' in militancy 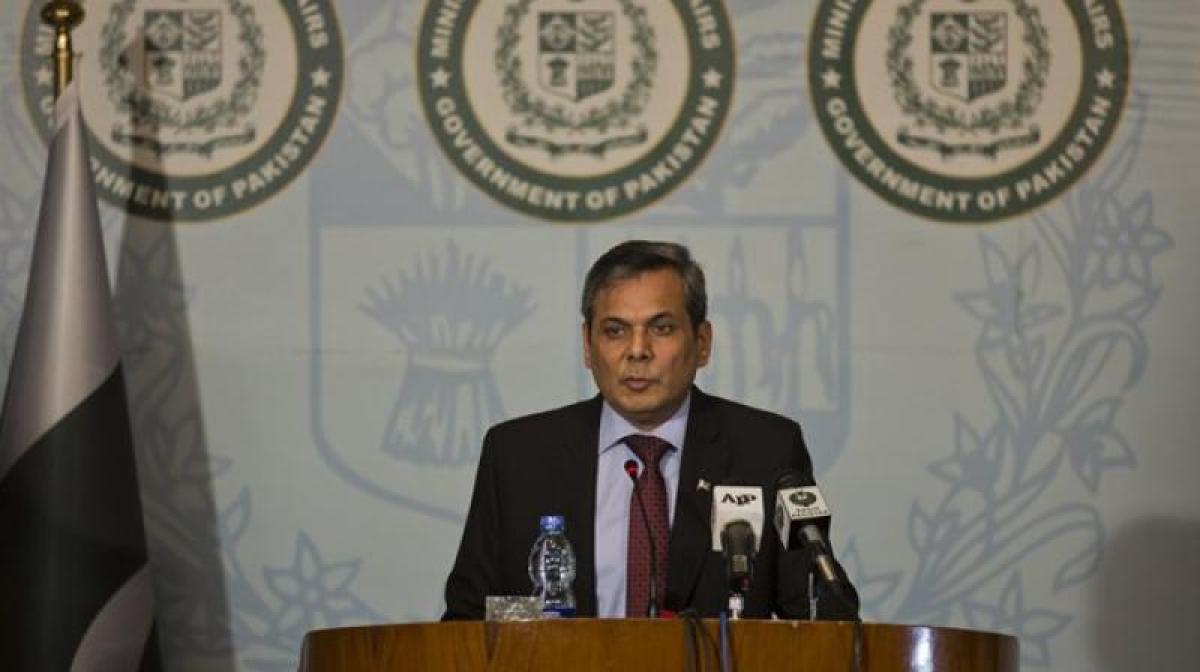 In a sharp reaction to India\'s demand for credible crackdown on Mumbai attack mastermind Hafiz Saeed, Pakistan on Thursday said India should look at its own involvement in fomenting militancy on Pakistani soil before pointing fingers at others.

Islamabad: In a sharp reaction to India's demand for "credible crackdown" on Mumbai attack mastermind Hafiz Saeed, Pakistan on Thursday said India should look at its own "involvement" in fomenting militancy on Pakistani soil before pointing fingers at others.

India had reacted cautiously to Saeed's detention, saying only a "credible crackdown" on terror outfits, including Saeed's, will prove Pakistan's sincerity as such actions had been taken against the 26/11 mastermind in the past too.

Foreign Office Spokesman Nafees Zakaria, at his weekly briefing, was asked to comment on the Indian reaction to Pakistan's action against Saeed.

Zakaria said he had read the Indian reaction and sharply added that India should look at its own role in militancy in Pakistan than pointing a finger at Islamabad.

"India itself has been involved in terrorist activities in Pakistan," he said.

Saeed and four other Jamaat-ud Dawa leaders, Abdullah Ubaid, Zafar Iqbal, Abdur Rehman Abid and Qazi Kashif Niaz were put under house arrest after an order was issued by Punjab Province's Interior Ministry on Monday in pursuance to a directive from the Federal Interior Ministry on January 27.

During the briefing, Zakaria also claimed that "Indian brutalities against Kashmiris" were going on.

He said last year three boys had inadvertently crossed the border from Narowal area in Punjab and were still in an Indian jail, despite efforts to bring them back.

"We contacted the Indian government over the matter, but so far they have not responded," he said.