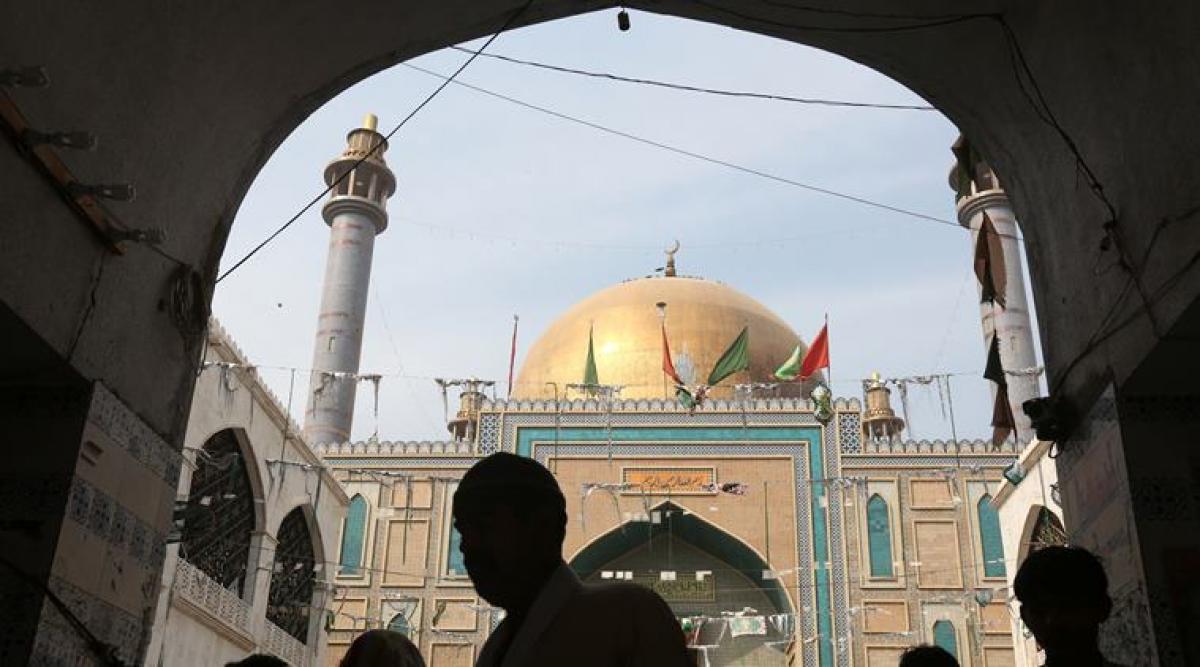 Pakistan authorities on Saturday were left embarrassed after body parts of some of the victims of the suicide bombing at a Sufi shrine which claimed 88 lives were found dumped in a garbage, sparking protests from relatives.

Pakistan authorities on Saturday were left embarrassed after body parts of some of the victims of the suicide bombing at a Sufi shrine which claimed 88 lives were found dumped in a garbage, sparking protests from relatives.

Chief Minister of Sindh province Syed Murad Ali Shah vowed to take strict action against those responsible for desecrating the bodies of the people who were killed in a suicide bombing at the famed Lal Shahbaz Qalandar shrine in Sehwan area of southern Sindh province on Thursday night.

"I am already aggrieved and do not increase my agony. Those responsible will be dealt severely. Whoever is responsible for behaving inhumanely and desecrating body parts will be dealt with very strongly. I have ordered an inquiry into the matter," he said.

He ordered Directing Commissioner Hyderabad Qazi Shahid Pervez to launch an inquiry into the incident and find out the people responsible for the negligence.

Protested erupted after private news channels showed officials retrieving some body parts of the victims from garbage and taking them for proper burial. The news spread on the social media.

The ruling Pakistan Peoples Party came under severe criticism for its handling of the tragic incident as angry relatives and friends complained of inadequate medical treatment to the injured.

At least 88 people were killed and over 200 injured in the deadly suicide attack claimed by the ISIS.

Angry protesters forced Deputy commissioner of Jamshoro who had come to the town on Saturday to inquire about the injured people to leave without doing any work.

Qadir Jatoi, Senior Superintendent of police in Jamshoro who had reached the spot to control the situation, said the initial investigations confirmed that there had been security lapses at the shrine when the attack took place. "We are yet to identify or locate the facilitators with the suicide bomber but body parts found at the site confirm he was a man and he entered the shrine wearing a burqa," Qadir Jatoi said.

Pakistan has been hit by a series of terrorist attacks since Afghanistan-based terrorist group Jamat-ul-Ahrar (JuA) announced its 'Operation Ghazi'.

On February 13, a suicide bomber had struck a protest in Lahore, killing 13 and injuring 85. The attack had happened outside Punjab's Provincial Assembly and was claimed by JuA.