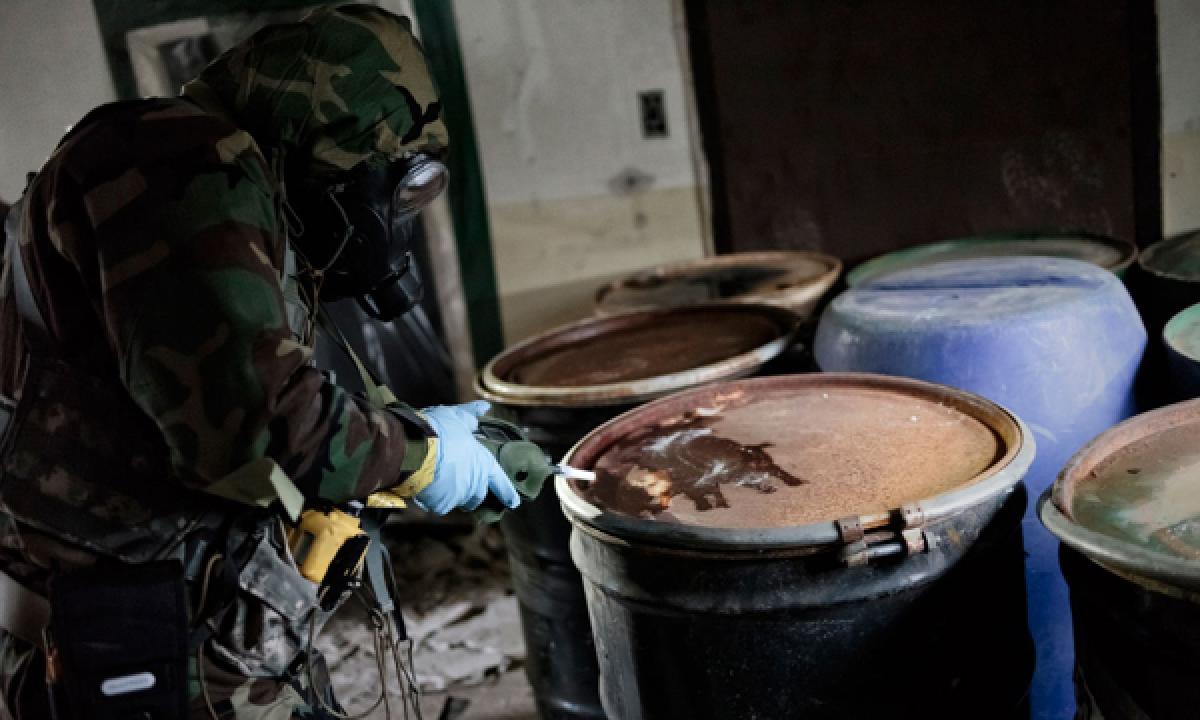 North Korea has up to 5,000 tonnes of chemical weapons, South Korean experts said Friday, including the toxin used to assassinate its leader-'s...

Seoul:North Korea has up to 5,000 tonnes of chemical weapons, South Korean experts said Friday, including the toxin used to assassinate its leader's half-brother.

Traces of VX, a nerve agent listed as a weapon of mass destruction by the United Nations were detected on swabs from the face and eyes of Kim Jong-Nam, who was poisoned at a Kuala Lumpur airport last week, Malaysian police said Friday.

Malaysian detectives are holding three people women from Indonesia and Vietnam, and a North Korean man but want to speak to seven others, four of whom are believed to have fled to Pyongyang.

South Korea's defence ministry said in its 2014 Defence White Paper that the North began producing chemical weapons in the 1980s and estimated that it has about 2,500 to 5,000 tonnes in stock.

North Korea has chemical weapons production facilities in eight locations including the northeastern port of Chongjin and the northwestern city of Sinuiju, it said in the 2012 edition of the document.

"North Korea is believed to have a large stockpile of VX, which can easily be manufactured at low cost," defence analyst Lee Il-Woo at the private Korea Defence Network told AFP.

Developed some 100 years ago, VX can be produced at small laboratories or facilities producing pesticides, he said.

"Chemical and biological weapons can be delivered through various means such as artillery, missiles and planes", he added.

If absorbed through the skin, eyes or nose, just a tiny drop of the colourless, odourless nerve agent is enough to fatally damage a victim's central nervous system.

Military science professor Kim Jong-Ha at Hannam University said the North has 16 kinds of nerve agents including VX and sarin, used by a Japanese doomsday cult, Aum Shinrikyo, in the 1995 attack at the Tokyo subway system that killed 12 people.

It also possesses other lethal chemicals, including suffocating, blistering and blood agents, Kim said, as well as 13 types of biological weapons such as anthrax and bubonic plague.

North Korea has not signed a global chemical weapons convention that prohibits the production, stockpiling and use of chemical weapons. More than 160 countries signed the treaty, that went into force in 1997.