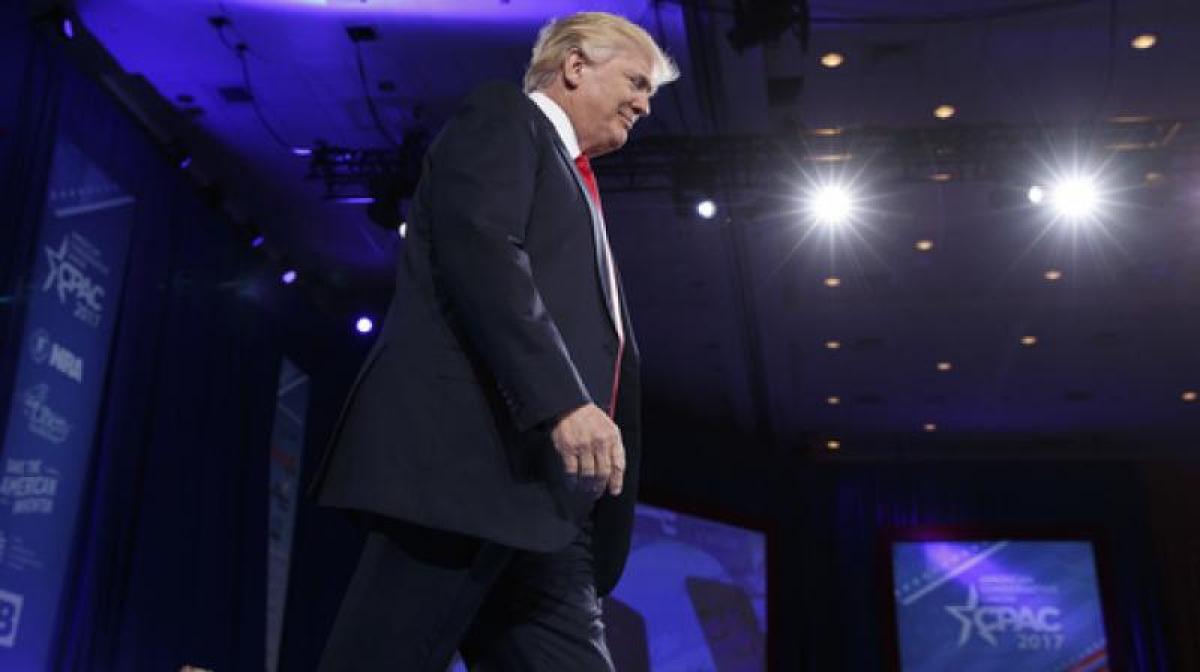 US President Donald Trump announced on Saturday that he would not attend the annual White House Correspondents\' Association dinner, a high-profile event that draws celebrities, politicians and journalists.

US President Donald Trump announced on Saturday that he would not attend the annual White House Correspondents' Association dinner, a high-profile event that draws celebrities, politicians and journalists.

"I will not be attending the White House Correspondents' Association Dinner this year. Please wish everyone well and have a great evening!", Trump wrote on Twitter.

On the campaign trail and in the White House, Trump has had a strained relationship with the press, calling journalists "the enemy of the people" and frequently criticizing outlets and individual reporters whose coverage he does not like.

The reporters' group said it would go ahead with its April 29 dinner despite Trump's absence. The Washington event typically draws movie stars, politicians and business leaders to hear a humorous speech by the sitting president.

The dinner "has been and will continue to be a celebration of the First Amendment and the important role played by an independent news media in a healthy republic," said Jeff Mason, a Reuters White House correspondent who heads the association this year.

Ronald Reagan was the last president to sit out the event after he was shot in 1981.

Some news outlets such as Bloomberg News and the New Yorker have said they will not host the lavish after-parties that have been a fixture of past events.

On Friday, the White House excluded several major U.S. news organizations, including some it has criticized, from an off-camera briefing held by the White House press secretary.

Reporters for CNN, The New York Times, Politico, The Los Angeles Times and BuzzFeed were not allowed into the session in the office of press secretary Sean Spicer, a decision that drew strong protests.

The event occasionally makes news: in 2011, President Barack Obama delivered a scathing evisceration of Trump, joking that the mogul, who sat stone-faced in the audience, would move on from questioning Obama's citizenship to figuring out "did we fake the moon landing."

Critics say the event encourages journalists to cozy up to politicians they should cover aggressively.