All Eyes On Donald Trump For Landmark Address To Congress 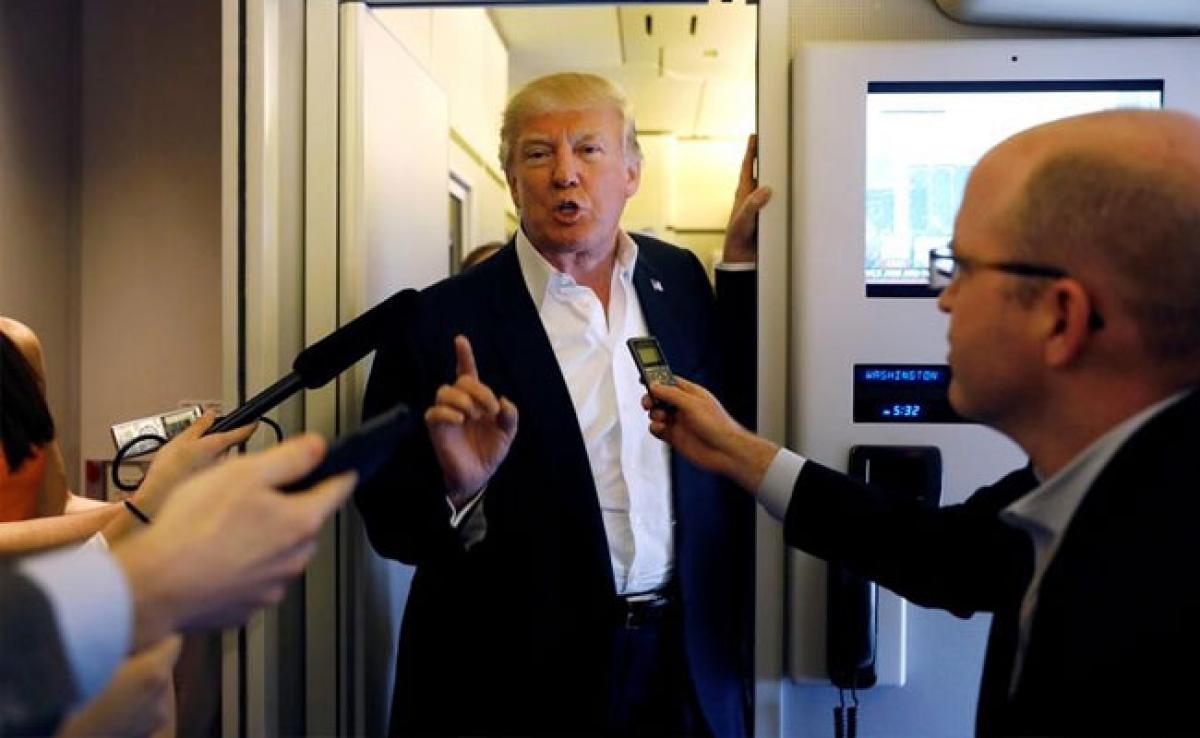 Donald Trump will have a chance to breathe new momentum into his month-old presidency in an address to Congress Tuesday night, but he will need to strike the right tone -- far from his score-settling tweets at foes of all stripes.

Donald Trump will have a chance to breathe new momentum into his month-old presidency in an address to Congress Tuesday night, but he will need to strike the right tone -- far from his score-settling tweets at foes of all stripes.

For his maiden address to the American body politic -- the House of Representatives and Senate but also his own cabinet and the assembled Supreme Court justices -- the Republican leader will lay out his legislative priorities in a setting a far cry from the charged-up rallies of which he is so fond.

After the dark pitch of Trump's inauguration speech on January 20, the virulence of his attacks on the media and his disconcerting first solo press conference earlier this month, the tenor of the president's speech to millions of Americans will be closely watched.

The White House said the theme of the address would be "the renewal of the American spirit."

"I think this is an opportunity for him to lay out a very positive vision for the nation and to really let America know where we can go and how we can get there, and the potential that we have as a nation," said the president's spokesman Sean Spicer.

From securing US borders to modernizing its infrastructure or slashing environmental regulations, the major themes of his first weeks in office are expected to loom large.

According to Trump's incoming Treasury Secretary Steven Mnuchin, so will the question of economic reforms.

"The president is very, very focused on us getting back to sustained, long-term economic growth... and we're going to start with tax reform," he said on Fox News.

The Trump administration is betting on a sustained annual growth rate of at least three percent, a target seen by many economists as highly optimistic.

'Not A Fan Of Daily Tweets'

On paper, US Republicans are in an enviable position: for the first time since 2006, the Grand Old Party controls both chambers of Congress as well as the White House.

But relations between the party's lawmakers and their billionaire president are complicated.

Many are uncomfortable about some of his proposals -- in particular his economic isolationism -- but also with his personality and style in office.

"I'm not a fan of the daily tweets," was the understated assessment given mid-February by Mitch McConnell, the Republican leader in the Senate.

Nevertheless, the huge majority of the party's lawmakers -- their eyes set on driving through a major series of conservative reforms -- are taking care not to cross the new occupant of the White House.

The central question in the coming weeks and months will be how much autonomy they can wield when it comes to drawing up legislation on tax and health care reform.

Trump's evolving popularity among voters will also be monitored intently by lawmakers on Capitol Hill as the country moves toward the 2018 mid-term elections.

According to an NBC/WSJ poll released Sunday, only 44 percent of Americans approve of Trump's performance as president -- against 48 percent who disapprove -- a record low for an incoming leader who could normally expect a post-election boost.

But the same poll also shows that Trump maintains a solid core of support: for instance, 82 percent of Republicans say his suspended travel ban on seven Muslim-majority nations was needed to combat terrorism.

Tuesday will kick off with the broadcast of an interview of Trump by the conservative morning show "Fox & Friends" -- "the most honest" in the president's own words.

A few hours before his first solemn address to the nation, in a venue loaded with history, the 45th US president may seize the occasion to renew his attacks on the rest of the media whose "dishonesty" he has denounced with a virulence that grows stronger by the day.