US: Judges sides with transgender students over bathroom access 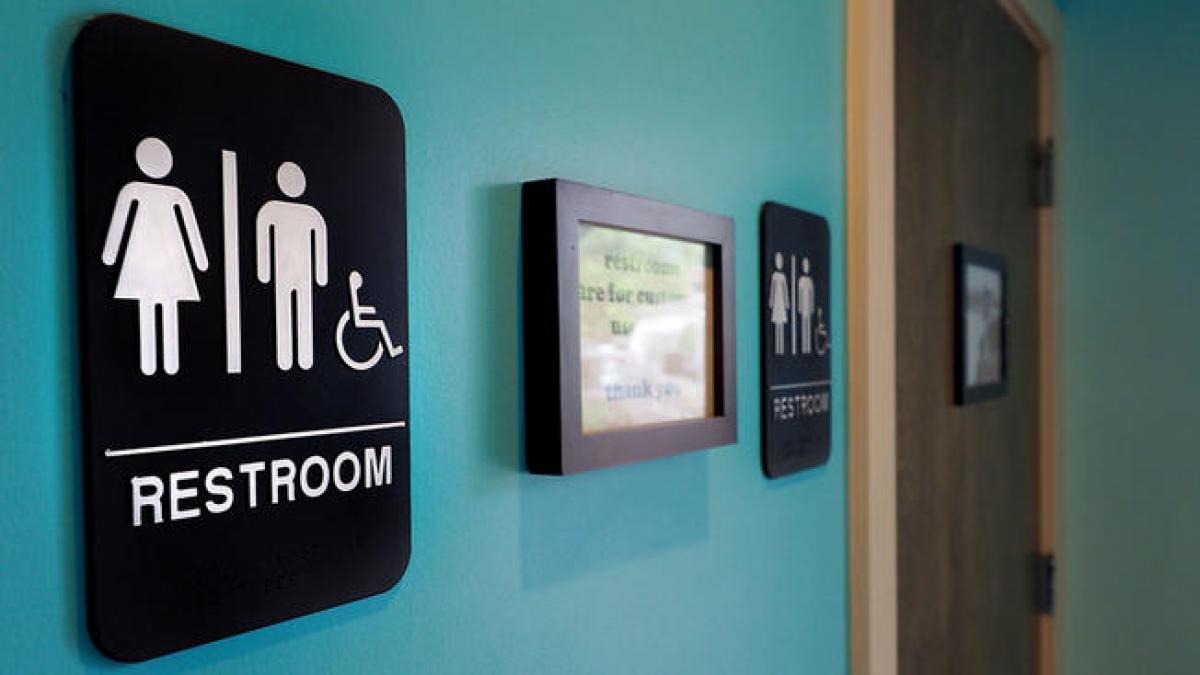 A federal judge on Monday ruled that three transgender students at a Pennsylvania high school can use bathrooms that correspond to their stated gender identities while their lawsuit challenging the school district\'s policy continues.

A federal judge on Monday ruled that three transgender students at a Pennsylvania high school can use bathrooms that correspond to their stated gender identities while their lawsuit challenging the school district's policy continues.

The judge said in issuing a preliminary injunction that the three - two students born anatomically male who now identify as female and one born anatomically female who identifies as male - were reasonably likely to win the case on equal protection grounds.

U.S. District Judge Mark Hornak said the Pine-Richland School District north of Pittsburgh has not demonstrated its policy advances an important governmental interest, nor is there evidence that personal privacy is being threatened.

"Other than perhaps one report received by the high school principal in October 2015 from a student that 'there was a boy' in the girls bathroom ... followed by a parent inquiry along the same lines in early 2016, there have been no reports of 'incidents' where the use of a common restroom by any one of the plaintiffs has caused any sort of alarm to any other student," the judge wrote.

He said there also is no evidence any of the three has done anything to invade anyone's "physical or visual privacy" at the school.

The three, all seniors, sued to challenge the policy in October.

One of the students, Elissa Ridenour, 18, told the Pittsburgh Post-Gazette on Monday that she was relieved by the news, and she and the other plaintiffs will soon start using the bathrooms of their choice.

"Even though it's such a small win, it really is huge in this respect. I'm very happy and it's a relief," she said. "We still have a fight left to go, but we're not going to give up."

Last week, the Trump administration ended federal protection for transgender students that allowed them to use public school bathrooms and locker rooms matching their gender identities.

It will now be up to states and school districts to determine whether students should have access to restrooms in accordance with their expressed gender identity.

Lawyers for the Pine-Richland School District did not immediately respond to messages seeking comment left for them Monday evening.

Officials said at least one parent had complained on behalf of students uncomfortable with sharing restrooms with students who have different genitalia. So pending research on a formal, permanent policy, students were told to use restrooms that corresponded to their anatomical or biological sex, or one of the 10 unisex restrooms scattered throughout the school.

Board members said there was concern that a student "would in essence masquerade as being transgender," using a restroom inconsistent with their assigned sex, Hornak wrote.

"This would all occur in an effort to visually examine the sex organs of other restroom users or to engage in some other blatant and malicious invasion of bodily privacy of those simply using the restrooms for their intended purposes," the judge wrote.

He said both the girls' and boys' bathrooms at the school have locking, enclosed stalls, and the boys' bathroom also has urinals with privacy screens.

Board members said they "received word" that some parents moved their children to other schools and others would if they did not enact such a policy, the judge said.

Attorneys for both sides acknowledge the district treats the students according to their gender identities in other respects, including referring to them by the pronouns they each prefer. One was elected a princess in the school's homecoming court.

The plaintiffs told the judge that during and after the board considered the new policy, which was adopted in September, they were subjected to what they consider untoward or harassing conduct by some other students.

The district's attorneys said they were trying to treat transgender students with respect while dealing with practical considerations of having people with different anatomies share public restrooms.

The judge denied the school district's request to throw out the lawsuit.