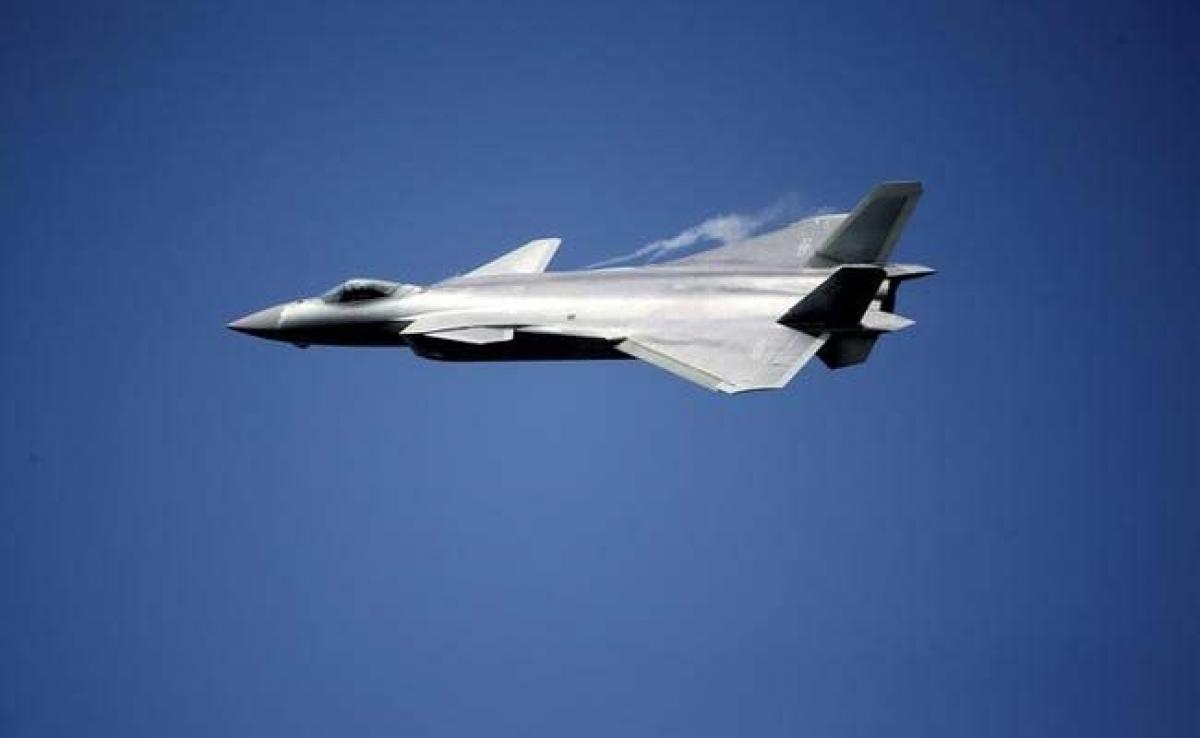 China has put into service its new generation J-20 stealth fighter, a warplane it hopes will narrow the military gap with the United States, as senior naval officers said the country was building a \'first class\' navy and developing a marine corps.

China has put into service its new generation J-20 stealth fighter, a warplane it hopes will narrow the military gap with the United States, as senior naval officers said the country was building a 'first class' navy and developing a marine corps.

Chinese President Xi Jinping is overseeing a sweeping modernisation of the country's armed forces, the largest in the world, including anti-satellite missiles and advanced submarines, seeking to project power far from its shores.

In a report late on Thursday, state television's military channel confirmed that the J-20 had now entered service, though it gave no other details.

The aircraft was shown in public for the first time in November at the Zhuhai airshow and was first glimpsed by Chinese planespotters in 2010.

However questions remain whether the new Chinese fighter can match the radar-evading properties of the Lockheed Martin F-22 Raptor air-to-air combat jet, or the latest strike jet in the US arsenal, Lockheed's F-35. The F-22, developed for the US Air Force, is the J-20's closest lookalike.

China showed off another stealth fighter it's developing, the J-31, at the last Zhuhai airshow in 2014, a show of muscle that coincided with a visit by US President Barack Obama for an Asia-Pacific summit.

China hopes the J-31, still in development, will compete with the US-made F-35 stealth aircraft in the international market, according to state media reports.

The navy is another key focus for China.

China's navy has been taking an increasingly prominent role in recent months, with a rising star admiral taking command, its first aircraft carrier sailing around self-ruled Taiwan and new Chinese warships popping up in far-flung places.

With President Donald Trump promising a US shipbuilding spree and unnerving Beijing with his unpredictable approach on hot button issues including Taiwan and the South and East China Seas, China is pushing to narrow the gap with the US Navy.

Wang Weiming, deputy chief of staff of the People's Liberation Army Navy, told Xinhua on the sidelines of the annual meeting of parliament that China is speeding up the development of a marine corps, adding destroyers and frigates and will step up air and sea patrols.

'We will intercept any intruding aircraft and follow every military vessel in areas under our responsibility,' Wang said. 'Our sailors should stay vigilant and be able to deal with emergencies at all times.'

Another senior officer, Li Yanming, political commissar of the Navy's armaments department, said a 'first-class navy should be equipped with first-class armaments', the report added.

China's military ambitions, including taking a more assertive stance in the disputed South China Sea, including building artificial islands and ramping up defence spending, have long rattled its neighbours.

China this year initially failed to publicly release its defence budget on the opening day of parliament as it has done in previous years, finally saying a day later on Monday that it would rise by 7 percent to 1.044 trillion yuan ($151.12 billion).

China's defence spending amounts to only about a quarter of the US defence budget, though many experts believe its actual spending on the military to be higher than the official figure.

China denies it is a military threat to anyone.

Wang Huayong, deputy political commissar of the Eastern Theatre Command, told Xinhua that Chinese forces are for defensive purposes only.

'The aircraft carrier is still in training and trial stage. The marines remain weak, and the number and quality of long-distance vessels do not meet expectations.'