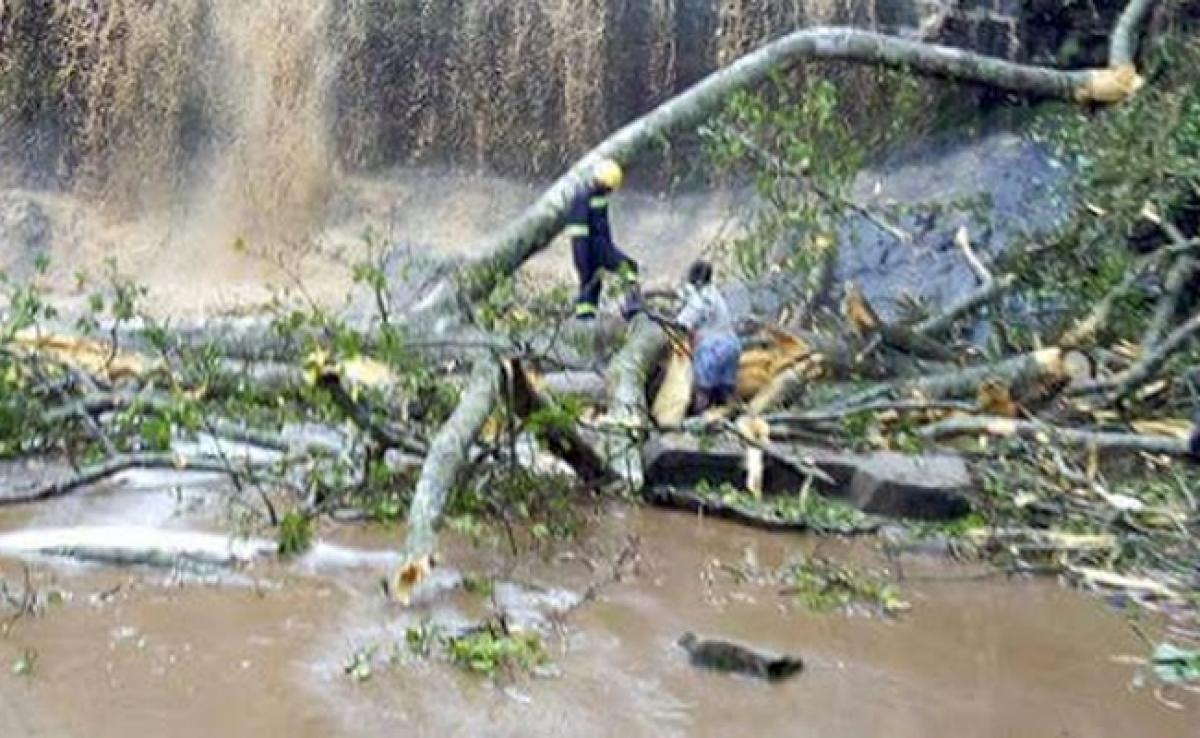 At least 16 people died on Sunday after a huge tree fell on tourists and revelers at a waterfall at Kintampo in Brong Ahafo Region, police said.

At least 16 people died on Sunday after a huge tree fell on tourists and revelers at a waterfall at Kintampo in Brong Ahafo Region, police said.

Several others who have been injured in the accident are receiving treatment at the regional hospital, Kintampo divisional police commander Desmond Boampong has confirmed to Xinhua.

There are currently different versions of casualties. Another police officer Desmond Oppong Boanu told Xinhua the death toll was 18.

The victims, who are mostly senior high school students, were on an excursion and swimming beneath the fall when a rainstorm accompanied by a strong wind and thunder forced the tree to fall over them.

Personnel of the Ghana National Fire Service and the police service are currently at the scene to rescue those trapped under the fallen tree.

The Kintampo waterfall is one of the highest waterfalls in Ghana.