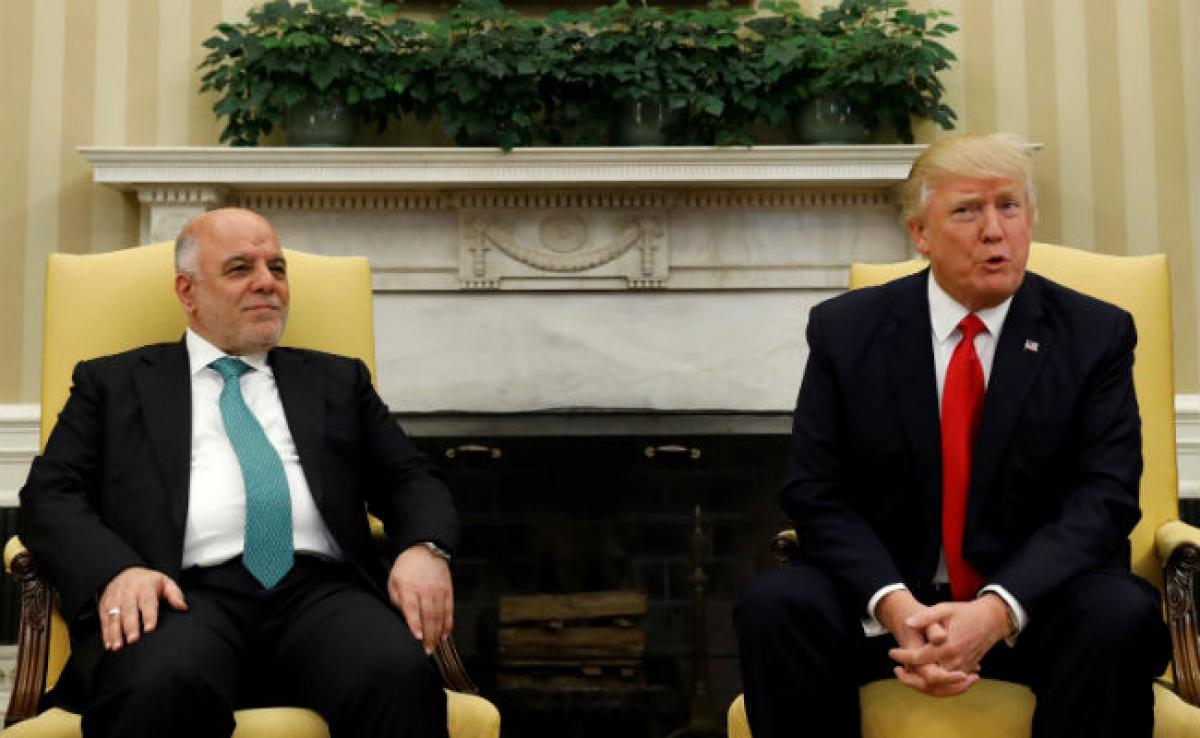 Trump told Abadi that he knew his forces were fighting hard against ISIS terrorists.

The two leaders sat down face to face at the White House for the first time since Trump took office on January 20. Abadi is trying to defeat ISIS who seized broad swaths of Iraqi territory.

After an appeal from Abadi, Trump decided this month's revised order temporarily banning the entry of travellers from several Muslim-majority nations would not include Iraq because of its cooperation with the United States. Both the initial January 27 travel ban and the revised version have been blocked by federal courts.

Detractors argue the ban discriminated against Muslims in violation of the US Constitution's guarantee of religious freedom. Trump says the measure is necessary for national security to protect the country from terrorist attacks.

"I thank you for removing Iraq from the presidential order ... this was a positive response to the Iraqi request that betters the relationship with Iraq and the value of Iraq as far as Iraqi-American relations," Abadi told Trump.

Trump told Abadi that he knew his forces were fighting hard against ISIS terrorists.

"It's not an easy job," Trump said. "It's a very tough job. Your soldiers are fighting hard. I know Mosul is moving along. ... We will figure something out.