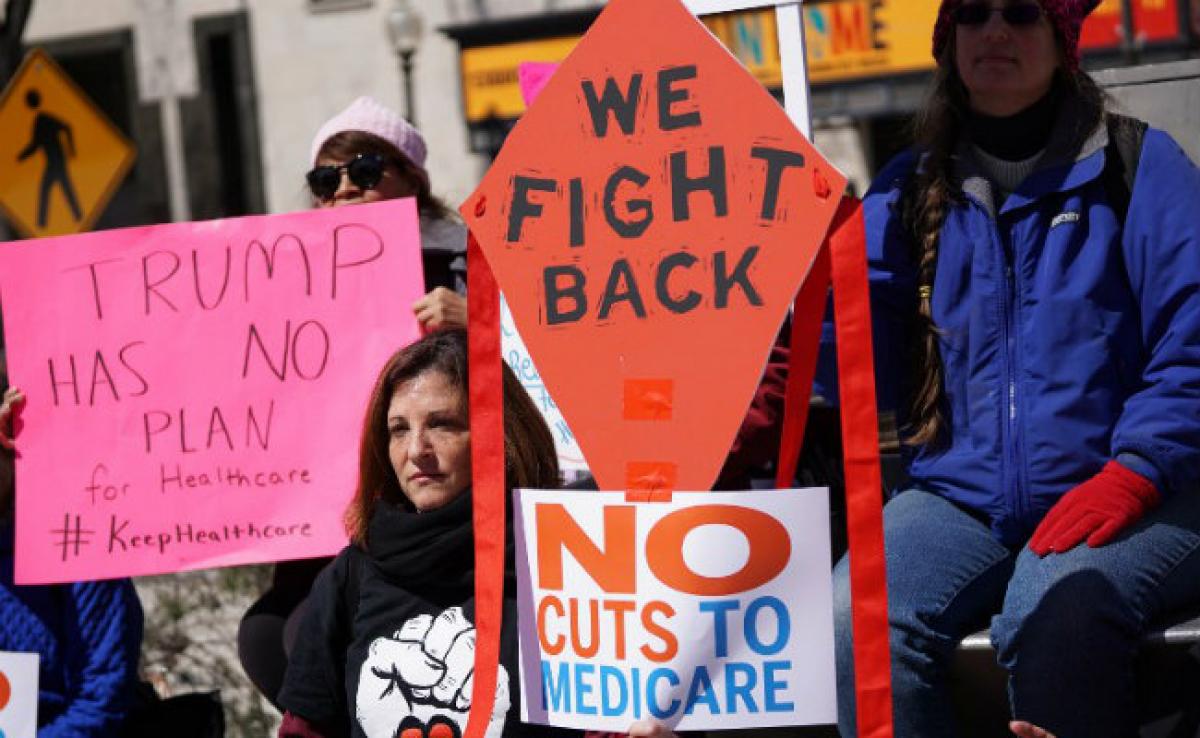 US President Donald Trump will get a second chance to try to close the deal with Republican lawmakers on dismantling Obamacare in a high-stakes vote...

US President Donald Trump will get a second chance to try to close the deal with Republican lawmakers on dismantling Obamacare in a high-stakes vote on a new healthcare bill rescheduled for Friday.

After a week of calling Republican lawmakers and bringing them into the Oval Office for meetings, Trump was dealt a setback on Thursday when a vote on what was supposed to have been his first legislative victory had to be postponed because of opposition from two flanks in the party.

Conservatives felt the bill did not go far enough to repeal Obama's namesake healthcare legislation, and moderates felt the plan could hurt their constituents.

House Republican leaders had signalled they were ready to work through the weekend to figure out a way to reconcile their differences. But Trump sent his top lieutenants to a dramatic meeting on Capitol Hill on Thursday night with a message: he was done talking.

"The president has said he wants a vote tomorrow, up or down," Collins said.

"If for any reason it is down, we are just going to move forward with additional parts of his agenda" like tax reform, Collins told reporters after leaving the meeting.

There were last-minute changes being considered to the bill. But it was unclear whether the House of Representatives would be able to pass it, said North Carolina Congressman Mark Meadows, the chairman of a group of conservatives known as the Freedom Caucus, which has been critical of the bill.

The Republicans have a majority in the House but because of united Democratic opposition, can afford to lose only 21 Republican votes. As of Thursday morning, NBC News said that 30 Republicans had planned to vote "no" or were leaning that way.

The vote was seen by financial markets as a crucial test of Trump's ability to work with Congress to deliver on other priorities like tax cuts and infrastructure spending.

Trump and Republicans had campaigned on a promise to repeal and replace the Affordable Care Act, better known as Obamacare, passed in 2010. They see the law as too invasive and expensive.

Even if their replacement plan does eventually get approval from the House, the legislation faces a potentially tough fight in the Republican-controlled Senate.

The House and Senate had hoped to deliver a new healthcare bill to Trump by April 8, when Congress is scheduled to begin a two-week spring break.