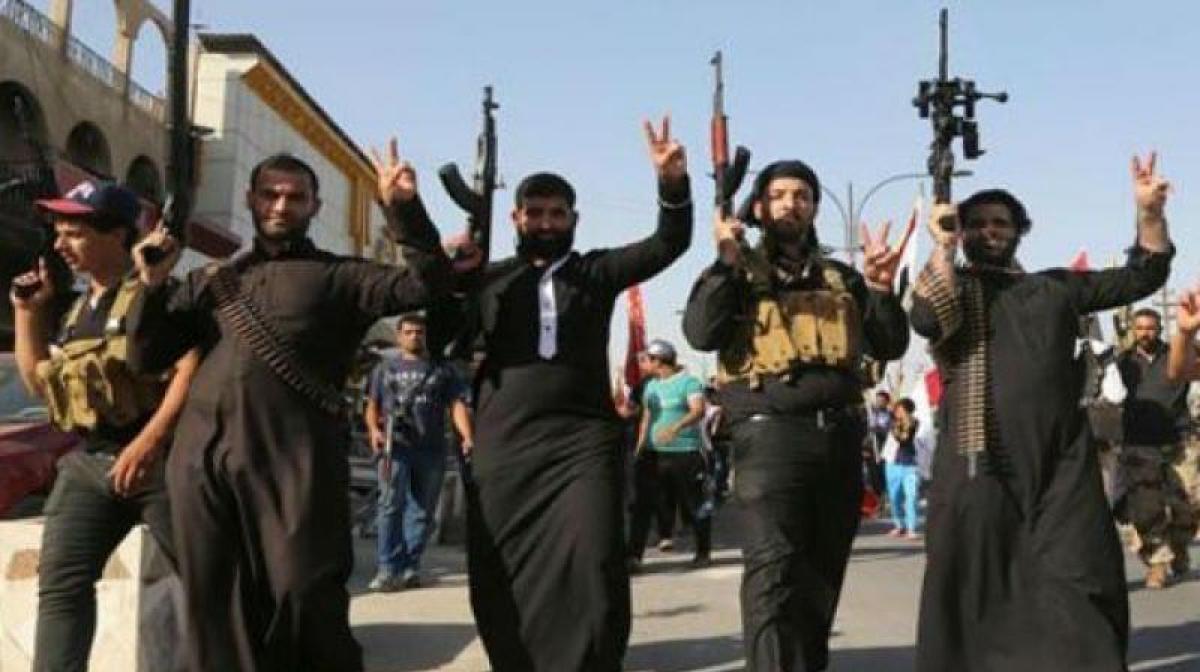 The Islamic State group has claimed responsibility for an attack in London that killed three people, the Amaq propaganda agency linked to the jihadist organisation said on Thursday, stating that the attacker was the \"Soldier of the Caliphate\".

The Islamic State group has claimed responsibility for an attack in London that killed three people, the Amaq propaganda agency linked to the jihadist organisation said on Thursday, stating that the attacker was the "Soldier of the Caliphate".

"The perpetrator of yesterday's attack in front of the British parliament was a soldier of the Islamic State and the operation was carried out in response to calls to target coalition countries," Amaq said citing a "security source."

At least four people, including a police officer, were killed in the attack. The attacker was also gunned down by Scotland Yard officers. British police later conducted major raids and arrested seven people in connection with the attack.

Metropolitan Police counter terrorism chief Mark Rowley said that he believed the attacker acted alone and was "inspired by international terrorism." Police searched six addresses, including some in the central city of Birmingham, and arrested seven people in connection with Wednesday's attack by a knife-wielding man, Rowley said.

Rowley refused to give details about the attacker, who first struck pedestrians with an SUV on Westminster Bridge and then fatally stabbed a police officer on Parliament's grounds. Police then killed the man.

The attacker has been identified and was known to British security, according to a British security official who spoke on condition of anonymity because he was not authorised to speak about ongoing security operations. He declined to name the man and to give any other details about his identity, nationality or hometown.

Rowley revised the death toll from five to four, including the attacker, the police officer and two civilians. He said that 29 people required hospitalisation and seven of them were in critical condition. He also said that authorities were still working out the number of "walking wounded." Police had previously given the total number of injured as around 40.

Rowley said investigations were continuing around Parliament, but he expected that lawmakers would be able to go ahead with plans to reconvene in a show of solidarity.

Parliament Square, Westminster Bridge and several surrounding streets remain cordoned off by police and scores of unarmed officers in bright yellow jackets were staffing the perimeter tape, guiding confused civil servants trying to get to work.

In Parliament's New Palace Yard, a blue police tent was erected over the spot where the stabbing and shooting occurred, and two forensic officers worked at a trestle table nearby.

The House of Commons was due to resume sitting on schedule at 9:30 am (5:30 am EDT), and a minute's silence will be held in Westminster for the victims of the attack.

Mayor Sadiq Khan called for Londoners to attend a candlelit vigil at Trafalgar Square on Thursday evening in solidarity with the victims and their families and to show that London remains united.

Before Rowley's news conference, British media reported that armed police carried out a raid on a property in Birmingham. The Press Association on Thursday quoted an unnamed witness saying that the operation was linked to the attack. The witness said that police raided an apartment and arrested three men. Police in the West Midlands, where Birmingham is located, directed inquiries about the operation to London's Metropolitan Police.

The attacker drove an SUV into pedestrians on Westminster Bridge before crashing the vehicle into the gates of Parliament on Wednesday. He scaled the fences and later fatally stabbed a policeman before being gunned down by officers.

On Wednesday, Prime Minister Theresa May condemned the rampage as a "sick and depraved terrorist attack." Lawmakers, lords, staff and visitors were locked down after the man was shot by police within the perimeter of Parliament, just yards from entrances to the building itself and in the shadow of the iconic Big Ben clock tower.

A doctor who treated the wounded from the bridge said some had "catastrophic" injuries. Three police officers, several French teenagers on a school trip, two Romanian tourists and five South Korean visitors were among the injured.

The threat level for international terrorism in the UK was already listed at severe, meaning an attack was "highly likely." Speaking outside 10 Downing St. after chairing a meeting of government's emergency committee, COBRA, May said Wednesday that level wouldn't change. She said attempts to defeat British values of democracy and freedom through terrorism would fail.

Londoners and visitors "will all move forward together, never giving in to terror and never allowing the voices of hate and evil to drive us apart," May said. President Donald Trump was among world leaders offering condolences.

London has been a target for terrorism many times over past decades. Just this weekend, hundreds of armed police took part in an exercise simulating a "marauding" terrorist attack on the River Thames.